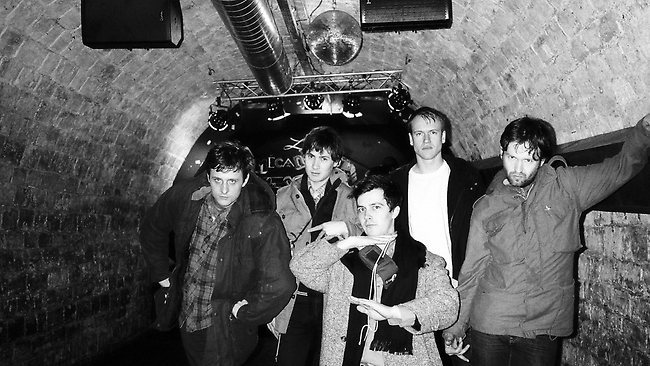 The Australian band Total Control‘s second album finds them exploring all things dark and punk. From the new wave keyboards that open this to the more lo-fi garage ruckus kicked up on “Expensive Dog,” to a colder,  Echo and the Bunnymen-like post-punk. They do have their own personality that shines through all of these black hats they try on over the course of the album. If they weren’t so convincing, you might dismiss this as hipster irony. Some of these hats fit better than others, but often it is like the parable of blind men and the elephant. Each piece of this sonic puzzle feels different, leading you to think this band could be one of many things. On “Black Spring” they hit a middle ground between the garage punk and new wave elements, along with a slight Sonic Youth ambiance; this might be where their masks come off and the real band stands up. They deserve your attention, since more often than not the label “post-punk” has turned into “We want to be Joy Division”. An admirable goal, but there are still many other shades of black and gray to paint songs with. There are slight nods to Ian Curtis and friends, but nothing overt. They are even adventurous enough to allow the album to soar away at the end, with a Syd Barrett-inspired psychedelic explosion. Stylistically, these guys are the post-punk version of the Residents. It works more often than it doesn’t. It’s often more on the garage punk side of the punk in post-punk. Fans of bands such as the Nouns or Liars won’t want to miss this.