So last night, I was kicking back listening to EXCEL’s The Joke’s On You album, and then it happened! Their song “Tapping into the Emotional Void” started playing, and I said to myself, damn, I know that riff! A memory of Dan’s voice came into my head, telling me that Metallica had ripped them off and used it for their breakout hit “Enter Sandman.” I can’t recall the exact story, but it seems that both bands shared some acquaintances who turned Metallica on to Excel. EXCEL’s song came out at least two years before “Enter Sandman.” They pursed a case against Lars and his cronies, but it never went anywhere. It’s also ironic that Metallica did everything in their power to stop Napster, while all along they had stolen their biggest hit!!! Below is a version of each band’s song – NOW it’s time for you to be the judge, did Metallica rip off EXCEL? The justice in all of this is that with all of their money, the members of Metallica seem like very unhappy people. Metallica: do the right thing, and give EXCEL the props they deserve for writing “Enter Sandman.” In closing, I’d just like to say that I don’t think Cliff would have allowed them to rip off another band the way they did…The Joke’s On You, Metallica! In this article:enter sandman, excel, metallica, the joke's on you 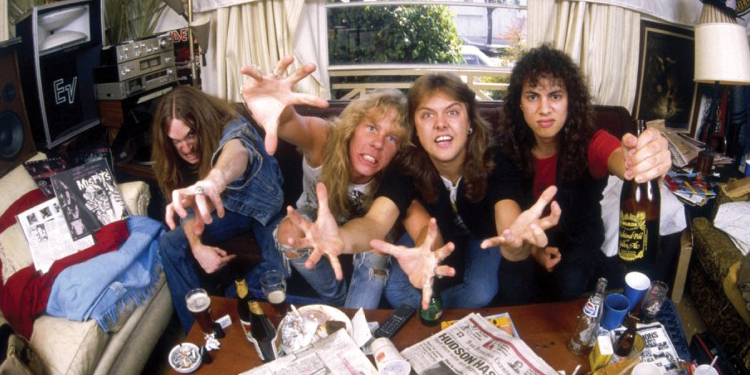 On September 14th, 1985, I was a 5 year old with no clue who Metallica was. I had no delinquent, thrasher older brother or sister...

CVLT Nation Captures The Power of the Riff

Text & Photos: Diana Lungu Friday night, and the week had been a rough one: overtime at work every day since Monday, along with...

It’s about time for a history lesson, and we got Nashville metal punks Act of Impalement to give the low down on the annals...

Death CVLT has a new batch of tees in stock in super limited numbers, only 13 of each style, hand-printed in the CVLT Nation...