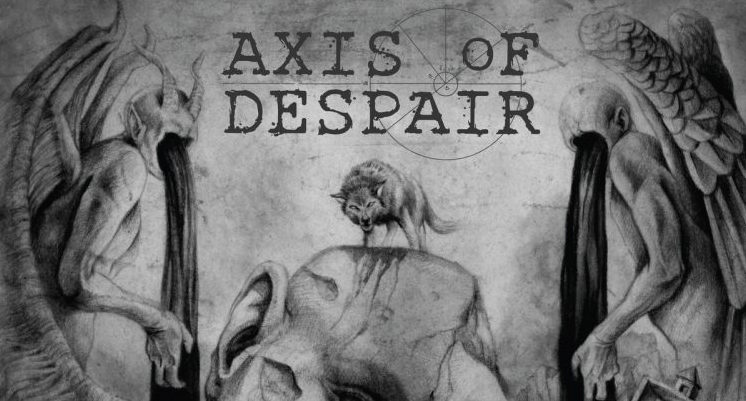 We are all living in a fucked up reality show. Music is one place that I can find peace. I love putting on rageing music that I can imagine shapeshifting into a weapon of destruction that I could use to end the life of the oppressors. AXIS OF DESPAIR‘s new LP Contempt for Man that comes out this Friday via Southern Lord is the just that kind of record. Over the course of ten tracks, these Grindcore warlords bring the sonic fury, and CVLT Nation is fucking stoked to be streaming this crushing record in full below!

It’s been a year since we recorded the album and now it’s finally time for the release! It’s a great feeling as we have been very anxious to share our work with the world. The early reviews and fan reactions have been positive and obviously we are very happy about the response. We set out to record a really good grindcore album of the meat-and-potatoes kind. No experiments way out of the box to try to re-invent the grindcore wheel or become a totally original band. We have spent hours into each and every song, writing and arranging, re-writing and re-arranging, with the hope of putting together a solid debut album that might strike the listener as a wall of sound during the first round and let the details appear during repeated listenings. We are proud of our album and super psyched to hear what others think of it. Advertisement. Scroll to continue reading.
In this article:AXIS OF DESPAIR, Contempt for Man, SOUTHERN LORD