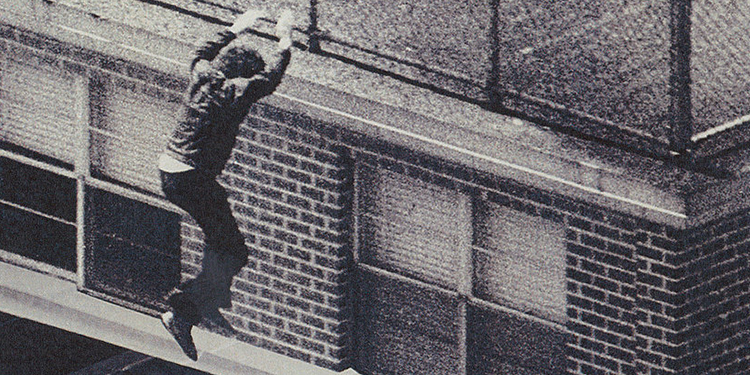 Power violence is a genre that just doesn’t get enough credit. To the uncultured and tasteless ears, it is simply “noise” played by people who “can’t play real music like the Grateful Dead can, man.” However, to those of us who’d rather not listen to a bunch of overindulgent acid fueled aging hippie organic ponytail sandals bullshit, there’s bands like Burnout. Blasting from Arizona alongside giants like Sex Prisoner and Gatecreeper you know this band has their work cut out for them. Featuring members from the now deceased Gay Kiss, Burnout incorporates elements from all your favorite PV/sludge acts all while maintaining their own sense of identity. “Hey, I think they ripped off a Mind Eraser riff” – get fucked, they’re a power violence band and they have no interest in reinventing the wheel. That’s the beauty of power violence, its fucking punishing and even when you’re 99% sure that the band you’re watching just played a Crossed Out song without realizing it, its still a million times better than watching a band full of Urban Outfitters models play “Garage punk.”

Burnout delivers in every aspect that a good band should. They show up, set up, destroy, then tear down with no bullshit attached. They’re the band uses a full stack when a half stack will suffice, they’re the band that plays for eight minutes forcing you to beg for more, and lastly they’re the band that is downright unpredictable live. Everything from time changes in the music to vocalist Roger Kalamaio frantically throwing himself into unsuspecting show goers puts you on edge the second they start to play. What is even more respectable is that Burnout have managed to incorporate this unpredictability onto their recordings. That same deeply rooted feeling of uncertainty manifests itself subtly into the band’s self titled EP. From start to finish, Burnout takes us on a wonderful journey though all the brutal cliches and unique song structures that power violence has to offer. For serious devotees of bands like Hordes, DNF, Hatred Surge, Scapegoat, and Mind Eraser, this band will be in constant rotation on your shitty fucking record player. Be sure to order a copy from To Live a Lie Records or Blast House Records, and for all you total dweebs without a record player, stream that shit below, then go buy a record player and order a copy of this brilliantly composed power violence masterpiece.

Calling all punx in these cities!! GO blast with Burnout!