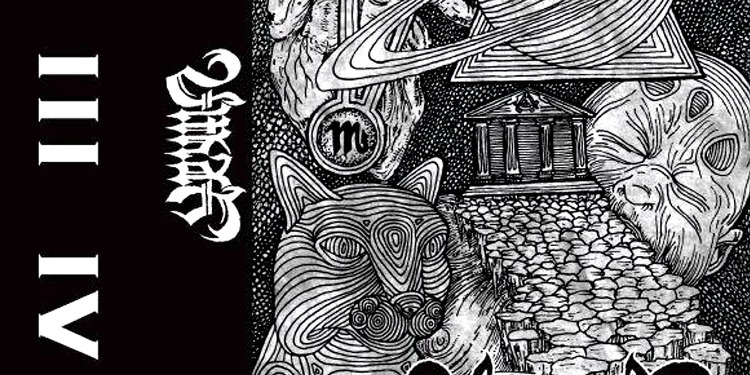 Behold the aural abhorrence and depravity that is ULTHAR. Bask in the filth of their debut demo. Bathe in the blood of Ulthar’s homicidal music. Drown in the aural torment summoned by this fucking BEAST of a black/death/crust band. Ulthar are an all-star Bay Area ensemble featuring Shelby Lermo on guitar and vocals (also of Vastum, and ex-Apocryphon), none other than the madman himself, Ephemeral Domignostika aka Steve Peacock on bass and vocals (also of Pale Chalice, Mastery, Asubha, Pandiscordian Necrogenesis, ex-Horn of Dagoth, and also in Apprentice Destroyer), and Justin Ennis on drums (also in Void Omnia, and ex-Tombs and ex-Mutilation Rites) – and this debut demo of theirs is the first chapter in a saga of still unknown destination, but of already monolithic proportions.

Ulthar’s music comes together as a totally botched and foul sonic onslaught made of absolutely butchering old school death metal savagery, of completely spiteful black metal antagonism, and of the most lurid forms of crust punk,  for a final result – standing somewhere between Autopsy, Grave, Darkthrone, Deviated Instinct, and Dissection – is surely to become one of the greatest demos/debuts of 2016 in the realm of old school extreme metal rituals. To top it all off, Ulthar’s demo comes destructively enhanced with a thick as concrete, cavernous and bludgeoning recording quality coming straight out of the sapient hands of Greg Wilkinson of Earhammer Studios (Undergang, Vastum, Noothgrush etc.) in Oakland, CA. Pick up the demo from the band on their Bandcamp page right now, and keep a close eye on these awesome dudes as they will be vomiting out more of their amazingly heinous aural denial sometime in the near future.