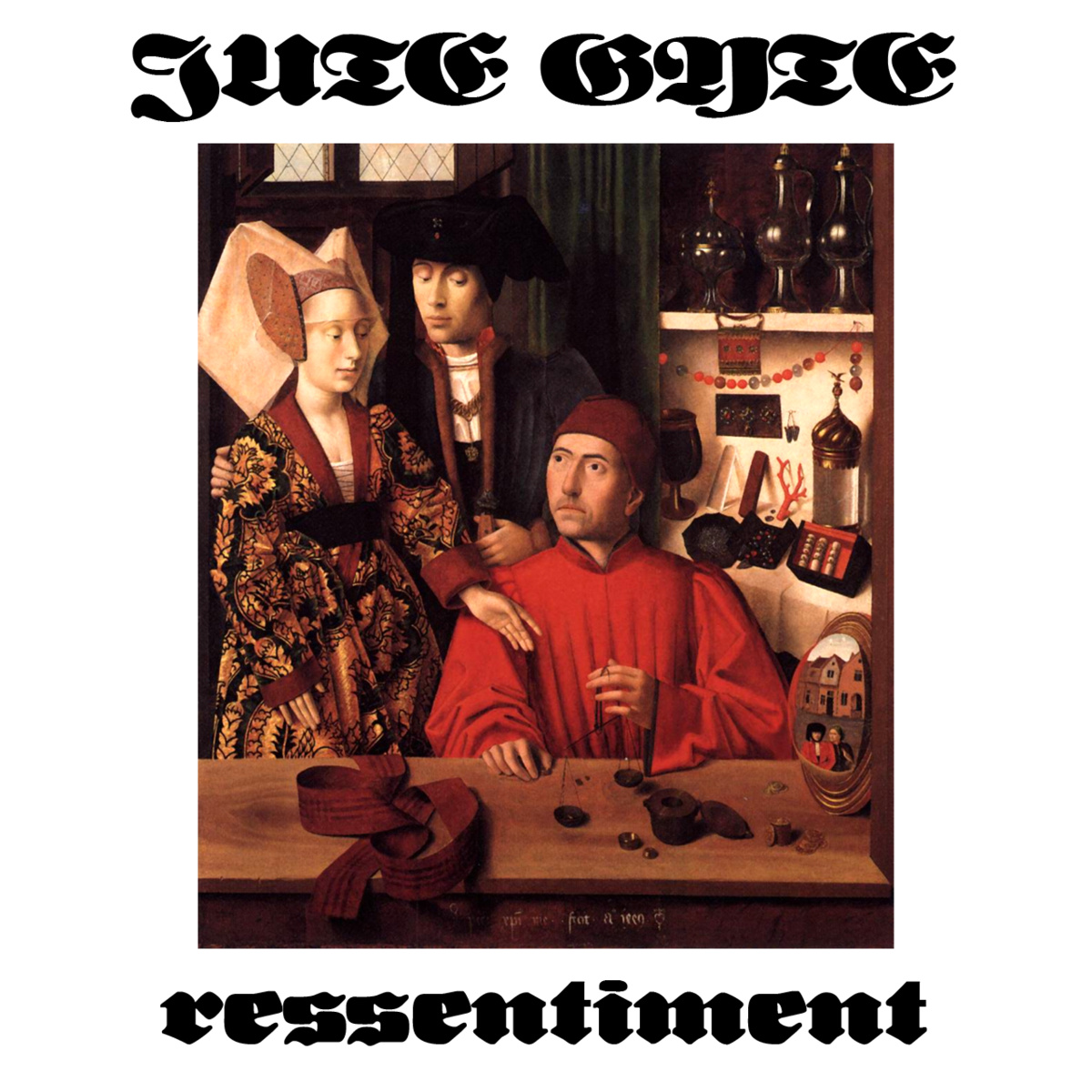 Swirling, chaotic, virulent, black and maddening. These are but a few of the many adjectives that could be used to describe the incredibly harsh, unique music that Jute Gyte produces. But even with one hundred of the most descriptive words in the English language, I still would not be able to convey an accurate idea of the nature of the whirlwind of poly-rhythmic, mictrotonal insanity that Jute Gyte puts out. Jute Gyte itself is a one-man project conceived by the reclusive Adam Kalmbach, who writes and plays all of the music associated with the project. Contrary to popular conventions among people trying to sell their music, Mr. Kalmbach is absolutely devoid of a social media presence and uses next to no kind of self promotion. He deals solely through bandcamp, putting the digital versions of every single one of his releases (of which there are quite a few) up for free, with the option to purchase the physical copy. The man does not seem to care about recognition or profit from his music. He simply wants to unleash his misanthropic vision on the world. The unhinged nature of the music produced by this behemoth is in the same vein as the microtonal output of bands like Blut Aus Nord or Deathspell Omega, but Jute Gyte takes the ‘basic’ start/stop dissonant formula used by these bands and absolutely transcends anything they could have ever imagined. Any element of accessibility is thrown out the window as guitars, noisy textures, mandolins, and drums meet, crashing together and breaking apart at the seams, only to rush back in and meet each other again in a completely different way. All of Jute Gyte’s black metal based releases (there are quite a few, but Mr. Kalmbach has also dabbled extensively in electronics and harsh noise) follow the same mad blueprint, using twisting guitars and mandolin to create diseased compositions that to the untrained ear (and probably many a trained one) sound like utter chaos. There is order in the cacophony, however. Despite the train wreck of sounds mashing together, one can easily see how technically impressive the music is. Many bands attempt to elicit negative feelings with their music, but the dissonant, swirling nature of the music of Jute Gyte creates a mood of discomfort and disgust better than almost any band I’ve ever heard. While all of Jute Gyte’s albums seems to follow the same formula, each one adds something. You don’t come away from the experience feeling as though you have just wasted your time by listening to a knock-off of the previous album. In my opinion, Ressentiment takes the insanity of Jute Gyte to new heights, being even more dense and dark than any of his previous releases. An even heavier atmosphere of suffocating noisy drone exists on this album than on any of his other releases, the harsh screech of the atonal guitar continually shredding through the thicket of noise to assault your ears even further. Despite the fact that Jute Gyte definitely has a formula for composing his albums, you never really know what to expect because it is so dangerously different from anything else in the scene right now. From the wild, twisting passages of songs such as the opening ‘Mansions of Fear, Mansions of Pain’ that follow the typical disorienting Jute Gyte attack plan, to tracks such as the nausea inducing, suffocating drone of ‘The Central Fires of Secret Memory’ this album is most decidedly not an easy listen.

But, if you are able to make it all the way through, and immerse yourself in the vitriolic, disturbing atmosphere of the music, you’ll be rewarded with some of the most dense, unique music to have come out in recent years. Despite the primary focus being on the spiraling maze of guitars which create the signature, dissonant maddening sound of the music, the vocals fit perfectly with the rest of the deranged symphony. Rather than detracting from the inaccessible nature of the music or giving you something familiar to latch onto in the form of words, as most bands would seemingly do with music that was already this alienating, the pained howling only adds to the discomfort. More than traditional black or death metal vocals which merely attempt to be frightening (and ofttimes succeed in being humorous instead), the sheer venom and hatred contained in Adam Kalmbach’s high pitched snarl is truly scary. Rather than detracting from the violent hurricane of psychosis that are the compositions of Jute Gyte, the vocals add another dimension the the unsettling bitterness and resent.

It is a decidedly dangerous journey to trek through this album from start to finish, but one that definitely has it’s rewards, a maelstrom of misanthropy and despair chief among them. Once you reach the end of the album, you’ll be treated to (or punished by) the absolutely monolithic ‘The Grey King’. One of the harshest, and in my opinion greatest, experiments of black metal put to record in the past decade. It serves as a perfect conclusion to the difficult album, Kalmbach’s howls of ‘Black void of loneliness!’ are a fairly accurate description of the state of mind most people would be in after enduring the assault of the entirety of this album. After subjecting yourself to the harsh, noisy, misanthropic virus of ‘Ressentiment’ feel free to examine Jute Gyte’s back catalog for further insanity, electronic and noise releases included, as it is all fantastic music. Make sure to pay the man what you think it is worth. Happy listening.