Immortal Bird from Chicago is a band very familiar to our audience. We’ve featured them several times, as we just can’t get enough of their abrasive and challenging brutal death sound. They are inimitable road dogs with a kinetic live show. Immortal Bird will continue their heedless razing of the countryside in support of their highly regarded 2015 release, Empress/Abscess.

They have just announced a ten day East Coast/Midwest tour with Denver’s nihilistic death dealers Glacial Tomb (featuring current and former members of Khemmis, Abigail Williams, Cult of the Lost Cause, and Blues). In 2017, Glacial Tomb released the Cognitive Erosion EP on digital and cassette formats (the latter of which quickly sold out) to widespread acclaim. They followed their debut EP with a cover of Aus-Rotten’s anthem “Fuck Nazi Sympathy” and donated all of the proceeds to the ACLU, SPLC, and NAACP to further combat white supremacy and systemic injustice.

Both bands have something to say on their impending new albums – just don’t expect two genre-specific groups treading lightly within the confines of popular expectations. Instead, expect a tangible vulnerability uncommon in modern heavy music. Getting on stage and sharing the contents of every spider hole in your brain is neither an enviable or easy task, particularly not in an arena known for bravado and callousness. Rather than undermine the ferocity of the bands’ respective approaches to extreme music, each group’s emotional honesty and candor further sharpens their respective sonic assaults.

Along with the tour announcement, Glacial Tomb has also released a brand new track entitled “Sunless Dawn.” We spoke with guitarist and co-vocalist Ben Hutcherson (also of Khemmis) about the song, the meaning behind the lyrics, and the band’s efforts to find their authentic voice.

As this is the first new original Glacial Tomb since you released the Cognitive Erosion EP last April, what can you tell us about the evolution of the band? How has your approach to writing changed in that time, and what is on the horizon?

BH: ’Sunless Dawn’ is an important song for us collectively as well as for me personally.  Musically, this song is a coherent vision of what this band is and the different avenues available to us to produce challenging, compelling music. I firmly believe that almost every band needs a few songs before they start to really sound like themselves. ‘Sunless Dawn’ was the moment wherein we found that version of ourselves, a mixture of discordant, chugging death metal and sorrowful black metal melodies.

You mentioned that the song is important to you personally. How so?

BH: The song stands as a much darker milestone in my own life. The process of creating these lyrics was a very painful and very necessary step in mourning my father, who died in November of 2016. We were very close, and his sudden passing broke something in me, changed my understanding of life and the fleeting joys that disrupt the endless series of traumas. Music has long provided me with a way of making sense of the world and my place within it, a visceral catharsis that’s cheaper than therapy; I think that’s true for many, if not most, musicians. However, this song was, and still is, an attempt to confront the bitterness I felt toward my father, myself, and, truthfully, everyone around me and channel it into something productive and meaningful.

What’s it like to tap into those experiences when writing extreme music?

BH: Difficult, to be sure, but the reality of this band is that the three of us trust each other as composers and editors because, first and foremost, we are brothers. We’ll axe any part of a song that doesn’t resonate with all of us, but connecting the lyrics or riffs to actual experiences in our lives imbues them with a visceral heft that feels heavy in addition to sounding frightening. I know that’s not particularly “death metal,” but the darkest chapters in my life – as well as some of the brightest – have yielded musical ideas that I find viscerally satisfying and emotionally compelling, and I’m fortunate enough to be in a band with two other maniacs who are able and willing to tap into their own lives in the same way. It allows us to create music that is unsettling, is reflective of our own struggles, and, hopefully, is meaningful to others; in our case, that music just happens to be filled with blastbeats, atonal chords, and just a touch of existential misery.

For tickets and additional information, check out http://facebook.com/immortalbird and https://glacialtomb.com/live Mixtape of the Day: IMMORTAL BIRD The Seething Soundscapes of Cloister Recordings

Uncompromisingly visceral in its uniquely transcendent vision, Cloister Recordings has quickly cemented itself as a stalwart in the underground, multi-genred musical landscape in the... 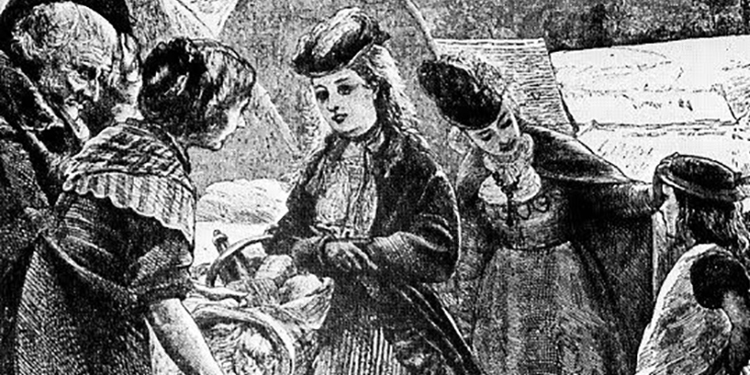 THE NON-PROFIT INDUSTRIAL COMPLEX, REAGAN AND WHY CHARITY IS DOUBLESPEAK

Soup lines at Thanksgiving and Christmas, donating to the ACLU and always dreaming of joining the Peace Corps are all among the pangs that...