Joe Blablazo is a comic book artist based out of Denver, CO. We met quickly after I moved to Denver and became close quickly due to our shared devotion to comic books, DIY culture and absurdity in general. Coming from El Paso, TX, where Joe was entrenched in the punk community and versed in its corresponding ethics. Having worked in anarchist screen-printing collectives, as an art teacher in Texas and a counselor in a residential treatment center, Joe brings a compassion and eye for absurdity that others simply can’t replicate.

Joe works in several different forms of media and has shown in several gallery openings across Denver and El Paso. His main focus and love is drawing comic books, but he also is accomplished with watercolors, screen-printing and graphic design. Blablazo is fundamentally strong and expressive without much elaboration and/or embellishment. He didn’t mention it in the interview, but it’s clear that Mike Mignola had an influence not only on the aesthetic elements of Blablazo’s work, but also in its content; dark humor with a sense of oblivious self-awareness. Somehow he manages to make every piece evoke a sense of sheer, fucking fun. The dude is exploding with positive energy and a massive, black heart and you can sense it in every facet of his work.

I spoke with my friend about the work he has coming up and asked him to give me examples of what he’s most proud of that he feels best represents his overall aesthetic. He is available for commission work for anyone, bands included. With that said, here’s the meat and the juice:

Who are you and what do you do?

I’m Joe Blablazo. In addition to spooky, silly art I have written and drawn the wordless mini-comic Late, the action-adventure graphic novel Deathless  with Christian Atley (www.christianatley.com) and am currently illustrating some of folklore’s weirdest monsters for a book by space-traveling hippie, Dr. Herbert Munch.

Would you mind telling me a little bit about Late?

Late is the first comic I ever made. It started as a fun experiment in bookmaking. Originally, I drew it on a long, maybe 20 ft. scroll and wrapped it around the axels of a little toy car (the one in the story) that I made out of wood. There was a window on top of the car that you could look at the story through. In order to “turn the page,” you needed to roll the car. My favorite part about this was that in order to read the story you had to pretty much get on the floor and roll this toy car around, which was awesome to see people doing in a gallery ha ha! I had to switch back to more traditional book printing when I decided I wanted to take the story on the road to sell at conventions, but maybe I’ll give it another try now that I know some 3D printing folks. A few years later, I got an email out of the blue from my old pal Justice Constantine, who is an incredible musician. It was a video of Late that he had written music to! It was beautiful and he asked if he could put it on YouTube. I said of course! I was honored! It’s the oldest work that I still sell pretty regularly.

How about Deathless and Christian Atley?

Deathless is the story of Noah, an ancient warrior from an unknown land who seemingly cannot die. In Volume 1, set just before World War 1, Noah begins to unravel the secret to his apparent immortality. It’s full of magic, monsters, blood and guts. I also remember drawing some puke.

Deathless is my love letter to comics. With Noah being immortal, we can tell all kinds of stories with him. If we want to do a western or a sci-fi story we can because he’s super old and will probably be around far into the future… and that is mega fun!

With a story this vast I wanted to make sure it could feel epic. Short stories are more my jam, so I found myself constantly running ideas by my pal Christian Atley  (an amazing writer who was a writing professor in New Mexico at the time). Finally, our mutual friend Mike convinced us that Deathless should be a collaboration. Christian could take my notes and ideas, write a script for me to draw, and we could put it out together.  Christian cares deeply for the world that we created together and is responsible for fleshing out a huge chunk of the story and the mythology.

Who is Dr. Herbert Munch?

Ha ha! Dr. Herbert Munch is this odd old man who claimed to have been abducted by aliens in the late 60s-early 70s. He’s a weird guy that dressed funny so no one ever took him seriously. Later in the 80s while taping a interview for a local TV talk show, he straight up disappeared from the set in front of everyone never to be seen again until he showed up at my apartment and commissioned me to draw a bunch of monsters from folklore and mythology that, according to him, are actually real. After that, he just vanished again.

So, the guy disappears and then shows up at your apartment randomly some 25 years later? Did y’all know each other prior?

Never even heard of Munch before he showed up. His explanations for where he’d been and how he found me are pretty wild and I’ll definitely address them in the book ha ha!

Tell me about your main influences.

Ray Bradbury, Frida Kahlo, and Frankenstein to Calvin and Hobbes, Pushead, and Moebius (Jean Giraud). They’re all running through my brain when I’m working on something new. It’s a fun smattering that fuels the aesthetic I aim for: ugly, yet well done, spooky and full of heart, familiar, yet new and original.

What sets you apart from other contemporaries and, ultimately, what do you want people to take away from your work?

I like hearing the word “fun” when people are describing my work. The diversity of people that are drawn to my work at comic shows is the best part of doing those shows. One of my favorite examples: I was doing the Albuquerque Comic-con and I had just sold some back patches to some punk and metal folks when a tiny sweet old lady came by and looked through all of my comics, art books, and prints. She didn’t say a word, only smiled when I said hi and introduced myself. Then, in a small pile on my table she spotted a tiny stamp sized drawing I had done of a farting butt and lost her shit. She was laughing so hard and, still without saying a word, gave me two dollars, put the drawing in her wallet, and walked away still laughing. I’m not trying to change the world or inspire awe in people through my work, I’m just trying to make folks smile… with skeletons, monsters, and fart jokes I guess.

Finally, thanks for chatting with me and answering a slew of silly questions. One more! What’s coming up this year, what conventions are you attending, and are there any new projects or collaborations that we should definitely know about?

I’ll be doing Denver Comic Con this June 15-17 and maybe couple of smaller ones. I’m not too sure yet, but I’ll keep the website and social media biz updated with that info as I solidify plans. You can get a taste of Dr. Munch as well as view Late, with accompanying score by Justice Constantine, all here: 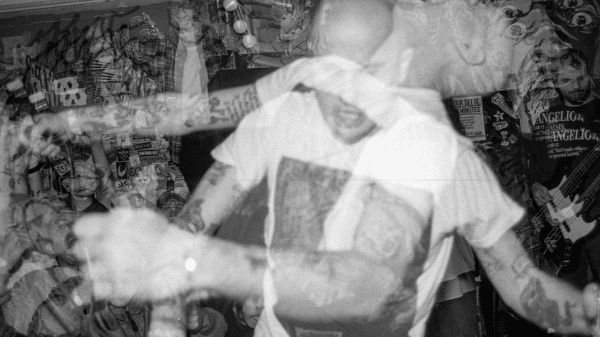 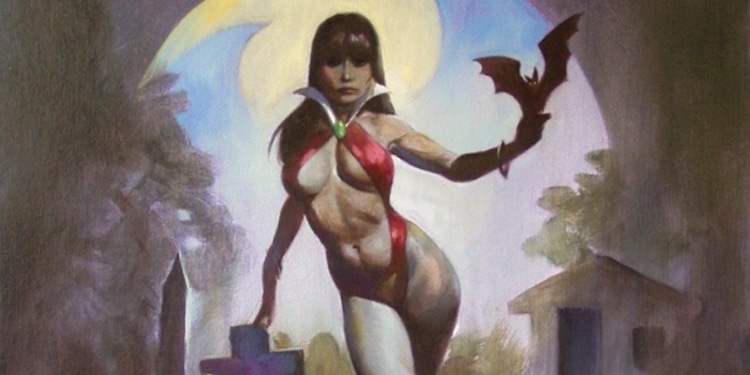 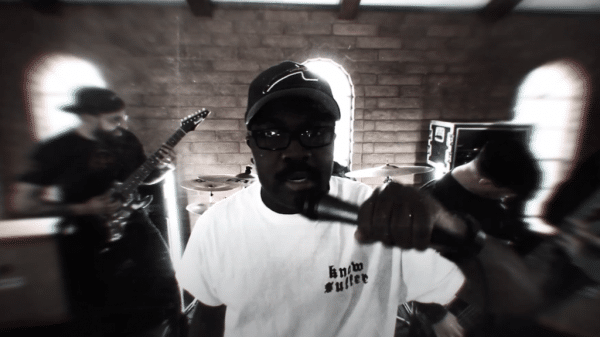 Early last year, I was gifted a session with a psychic by a good friend. When she examined my energy body, she told me...