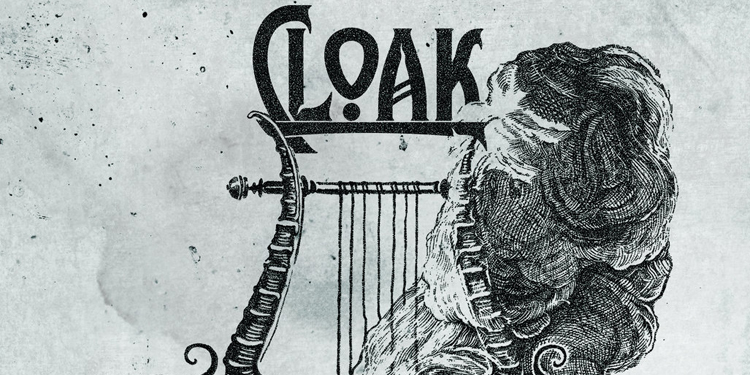 For the past few years, I have been captivated by the occult rock-inspired end of the modern metal world. The Devil’s Blood kicked it off with their Satanic psychedelia and the beautiful banshee wailing of lead vocalist Farida Lemouchi. Next up was In Solitude’s final album and masterpiece, Sister, a goth-tinged take on the genre that was a wild departure for the band, which sadly could not be capitalized upon. Top that off with a little Witchcraft and some Tribulation, and it’s a wonder I don’t walk around with a sulphur symbol branded into my forehead.

Lately, I’ve been yearning for something in this same realm, but heavier. A band that is not just occult rock, but occult rock and roll, and hasn’t astral projected away from its metal roots. A band with anger and scowls mixed with magik and majesty.

That band is Cloak, and their EP is one of the best debuts of any band in recent memory.

Hailing from Atlanta, Georgia, Cloak is borne from the same cauldron that spawned a great many occult metal acts. Instead of hopping on Jefferson’s airplane or trying to hug Nosferatu, though, Cloak went down an alley on the left hand path that is filled with fog, fights, and feral beings.

The A-side of this two-song seven inch, “In the Darkness, The Path,” starts with organ and a rising, swelling version of the main guitar line. It’s almost an occult rock cliché at this point, but Cloak turns it on its head when they drop into the song in full force. Their riffs are full of nasty chords and thick low-end. Their transitions snap and land on the One with authority. They’re also not afraid to use double bass and tremolo riffing, which they do with precision and a vengeance.

The music is enough to convey the menace that sets them apart from their peers, but what puts it over the top are the vocals. Guitarist and singer Scott Taysom has a scathing, throaty roar that gives the band an ugliness and wrath that are nowhere to be found amongst bands of their ilk. This guy could sing for Craft, should that nuclear warhead that Mikael Nox has been screaming for suddenly lands on his house.

On the flip, “The Hunger” stays in the occult rock realm in terms of riffs and rhythms, but the atmosphere and grit stays intact. That this song is a little restrained drives home the songwriting skills Cloak possesses. The songs themselves are a journey, eschewing verse/chorus/verse for flowing, organic arrangements. There are hooks and melodies, and though the arrangements aren’t standard, the band never comes close to having to rein themselves in. It seems they’re getting out of the way and letting the songs write themselves, which is admirable quality to have so early in their career. If this seven inch is any indication, these guys have a long, fruitful career ahead of them. It is readily apparent that this band is already fully-formed; they’ve found their sound and identity and they know how to present it. Fans, promoters and labels can see that from a mile away.

It seems the band can, too, because they’re not resting on their laurels. Word has it that Cloak are currently wrapping up the writing of their first album and will be headed into the studio this fall. Until then, grab yourself a copy of this record and get in on the ground floor. You’ll thank yourself. Trust me.