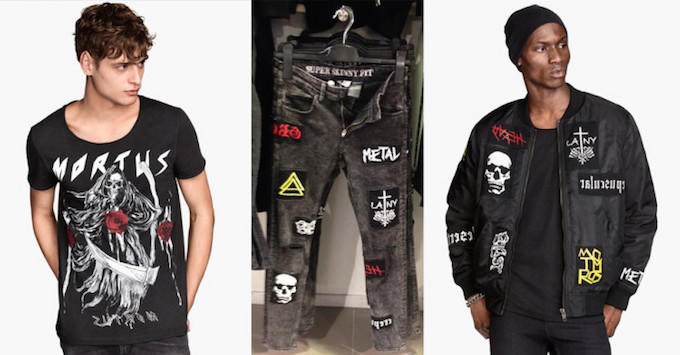 By now, if you’ve been following the always fractious relationship between underground music and high-street fashion, you’ll have heard of Strong Scene Productions, H&M, and fake National-Socialist Black Metal Bands. In brief, the Swedish fast-fashion brand was accused of “one of the more ill-advised marketing campaigns in recent history.” Allegedly, they had created a fake metal label, Strong Scene Productions, complete with Youtube videos and a Facebook page. They had a roster of equally fake bands that included ‘LA/NY’, a ‘fierce representative of the French Black Legions’ who have been on hiatus since 2001 after running afoul of France’s anti-revisionist laws (which forbid denying the reality of certain crimes against humanity, chief amongst them the Holocaust.)
If you read Vice’s Noisey site today (hey, we won’t judge), then you’ll know that the whole thing was an elaborate piece of trolling, committed, appropriately enough, by Henri Sorvali of Finntroll (and Moonsorrow). H&M had no part in it, and the whole thing was designed to draw attention the tone-deaf appropriation of metal imagery by H&M, and the fashion industry at large. Sorvali and his collaborators were moved to create Strong Scene by H&M’s purchase of the rights to print Metallica, Slayer and Guns ‘n’ Roses tees, which they are able to sell at prices significantly lower than anything the bands themselves can compete with. It’s hard to shed a tear for private-plane owning, fan-suing dinosaurs like Metallica, but it’s hard not to share Sorvali’s concerns that companies with little knowledge, much less appreciation, of metal (to the point that it would be believable that they would create fake NSBM bands for the sake of credibility) are commercializing something that has stood against commercialization from day one. Alongside the branded tees, H&M also offers convincing fake shirts (like this one for ‘Mortus’) and long-sleeves covered with patches for what appear to be bands but which are, on closer inspection, nothing. Their whole line is full of t-shirts with a pronounced metal aesthetic. One of ‘Strong Scene’s’ posters.

As an attempted cash-grab, the use of metal imagery doesn’t exactly seem like the best use of the companies multi-billion dollar budget. Metal fans will have t-shirts (buying them is kind of a thing) and they’re unlikely to want tees promoting bands that don’t even exist, much less anything as trite the words ‘Heavy Metal’ and a skull. The patches on this tee are easy to either buy from bands you’d like to support or to make yourself.
For people who aren’t into metal, the question has to be asked: why? What reason is there for anyone to cover themselves in the logos of artists that they are, at best, indifferent to? Why set yourself up for embarrassment when a real fan asks you to name your favorite Slayer song? Did somebody at H&M’s marketing department find that there was a market that responds to skulls and inverted crosses but who draw the line at actually looking like they enjoy heavy music? A member of LA/NY (only not really)

This is far from the only time that the brand has appropriated symbols with a specific, important meaning: last year, they decided that a skull inside a Star of David was an appealing motif for a vest, and they had to pull the item after reality pointed out that it wasn’t. As a ‘fast-fashion’ brand, H&M doesn’t release new items each season, but almost every week. Their designs have such a high turnaround that their flagship New York store ‘had’ to cut up and throw out jackets during a bleak winter (the company denies that this is policy).
Like any company that prides itself on being able to take ‘inspiration’ (other people’s ideas) from catwalks to their 3,500 stores in a week, H&M has to cut a few corners. They have employed child and forced labor in cotton-farms in Uzbekistan, two hundred of their workers passed out in a single week due to conditions in a factory in Cambodia, a sweatshop in Bangladesh caught fire and killing twenty-one garment workers, they have even lied about using organic cotton. They have made a commitment to make sure that everyone working in the eight-hundred factories in their supply chain earns a living wage by 2018, and they’ll be using 100% organic cotton by 2020, but every concession they make to being a better company takes them closer to being a company that can’t turn a profit from selling a $12 t-shirt made days ago half the world away.
In short, cluelessly appropriating metal is the tip of the iceberg for this company, and they couldn’t be trolled hard enough. 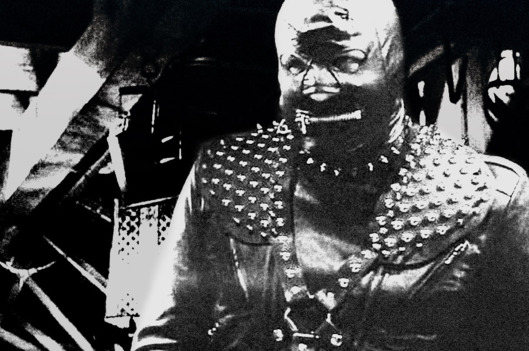 THEDA BARA: The Centenary of an American Vampire
An interview with Bara biographer Joan Craig

In January, 1915, much of America was still lit by gaslight; women did not yet have the right to vote, and the First World... 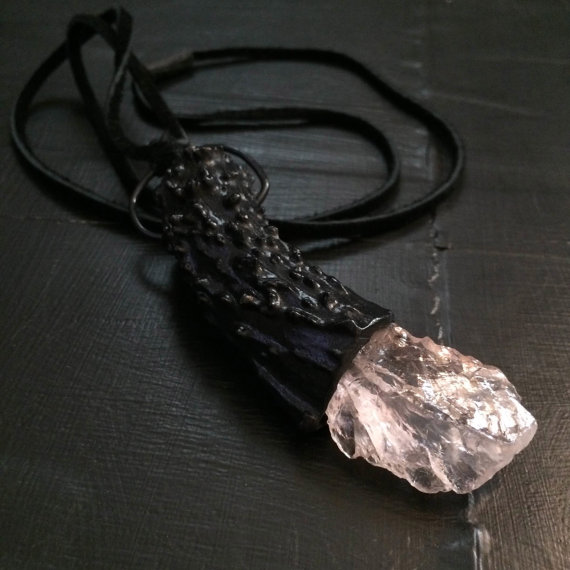 Jewelry For The Dead

Corey Weidmann is the Seattle-based mastermind behind one of my all-time favourite Etsy stores – Jewelry For The Dead. Using materials that he has...