Steve Zing was born Steven Paul Grecco in New Jersey in June of 1964.

A childhood friend of members of the Misfits – he later became the drummer of the legendary and highly influential Samhain.

After leaving the band in July 1985, he went on to play in several key punk acts, (Implosion, Mourning Noise, The Undead, Chyna) before reuniting with Samhain in 1999.

Zing has recorded with Son of Sam, Marra’s Drug and Blak29 over the years and currently plays bass in Danzig.

Cvlt Nation caught up with Steve to reflect on an incredible career to date: You were born in New Jersey. Can you give us a bit of background about what it was like growing up there in the 1960s?

There was always a music scene which grew and grew because of the proximity to New York City.

Who were your early musical inspirations as a child / young man?

How did you get into punk rock?

My cousin worked for sire records and would bring me home all their early releases and Doyle would make me cassette tapes of all early punk music. You started off your career behind a drum kid for Implosion, Mourning Noise and The Undead – who or what inspired you to take up drums and how did you go about joining your first bands?

I watched a misfits rehearsal in early 1978 and knew right there and then I was going to play music.

It’s said that you attended high school with Doyle (Misfits) and Eerie Von (Danzig)?  How was that experience?

Doyle and I were friends. I didn’t know Eric until Samhain.

After that, you joined the legendary Samhain. How did that come about and did you know the other members before the formation?

Glenn (Danzig) called to tell me that he was done with the Misfits and he was gonna start a new band and asked if I was into playing drums. Samhain has had a profound influence on many fans and artists. When you formed the band and recorded those early records, did you have a sense of how important the music was or would go onto be?

Not really but Glenn always had a vision. What were your reasons for leaving Samhain in 1985?

I wasn’t sure what about what I wanted to do at that point and didn’t really care for the members besides Glenn. Son of Sam is, in my opinion, an extremely underrated project. What was it like to create those records and what was it like to work with Davey Havok (AFI – on the first record) and Todd Youth on that project?

That was the result of sending cassette tapes back and forth (pre-mp3 times). Davey was amazing. We had no idea what he was going to sing when we did the basic tracks. You’re the touring bass player for Danzig. How did you come to join the band and why did you decide to move from playing drums to bass?

Glenn called and asked if I was into it and of course I said “yes”.

To many people, Glenn Danzig is a mythical figure. What is your relationship like with Glenn and what is Danzig “the man” really like?

Glenn is my friend before we are bandmates. He is Glenn. He knows what he wants and doesn’t accept anything less.

You’ve worked with so many different artists throughout your career and worked under many different names. Is there a project or record that stands out as being the one that you feel most proud of personally? You released “Love and Anger” under the name Blak29 in 2016. Another sterling work. Your vocals really shine through on the record. How did the project come about and are there any plans for another album?

My previous band, Marra’s Drug had just broke up and our bass player Danno and I got together to write some songs and it just worked.

What inspires you lyrically / musically in 2018?

Are there any new artists / bands that you’re particularly into at the moment?

I like all different genres of music. There are some local bands like the Crypt Keeper 5 that have been around for a while that are really good. Is there anything that you would have done differently looking back on your career to date?

Absolutely not. We are where we are supposed to be at this given moment.

What does the future hold for Steve Zing? Do you have any plans to record new music?

I’m always writing and recording. There will be a new Blak29 record coming soon.

What would you like to have inscribed on your headstone?

I lived life to the fullest. 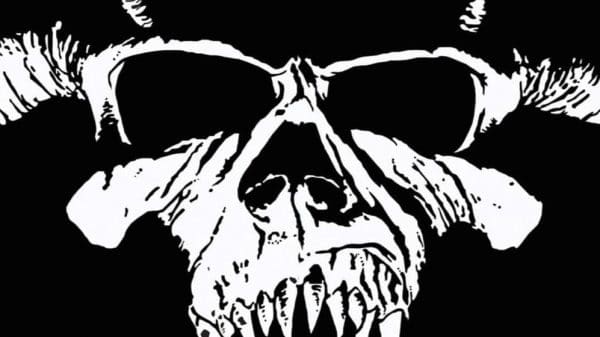