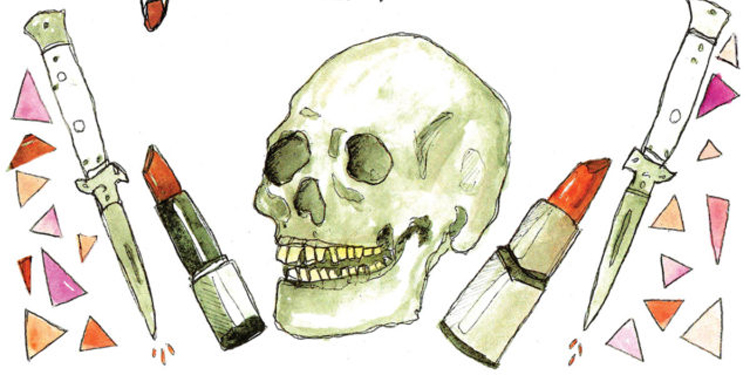 Last year, G.L.O.S.S. (Girls Living Outside Society’s Shit) broke the glass ceiling over hardcore with their vicious, spare-no-feelings demo. Here they offer a new virulent rush of their progressive hardcore, this time rather than saber-rattling they mean to tear society’s foundations from ground up. If their demo was the declaration, Trans Day of Revenge is the revolution. Like Limp Wrist before them, G.L.O.S.S. roar for the underdog, empowering women and queer punx to raise a fist to whatever ails or assails them.

Punk’s earnestness towards American society’s unanswered blunders has taken on appropriate new forms with G.L.O.S.S.; there’s a reason this Olympian quintet is on everyone’s radar. Consistently raw and DIY, these punx carry on tradition while pushing its aesthetic and political boundaries in new directions, and often violently, throughout Trans Day of Revenge’s five or so minutes. That’s the sucker to their punch, wrapping an ideology’s worth into a blip of time, doing so at speeds so dizzying you’ll need to take a second listen to soak in their blood, sweat and tears.

Impassioned from start to finish, the five songs contained here punish all who have transgressed or those who’ve yet to. “Give Violence a Chance” flat out spits on pacifism, offering instead a screamed manifesto that claws away at the entirety of the justice system. By its end, that system lies clutching its cut throat, gasping for any semblance of meaning in a world it made meaningless. “Out From the Desk” slaps machismo across the face with a battle axe, promising more extreme retaliation for any further outbursts that may come with “Fight.” “We Live” is G.L.O.S.S.’s affirmation and most sincere offering here, detailing like a vigilante’s grocery list every foul deed or reasoning afforded LGBTQ folks and the appropriately explosive responses, which are furthered like a hammer onto teeth with the ending, titular track.

Trans Day of Revenge is available now on their Bandcamp.

Dates for their West Coast tour can be found on the flyer below. In this article:G.L.O.S.S., Trans Day of Revenge 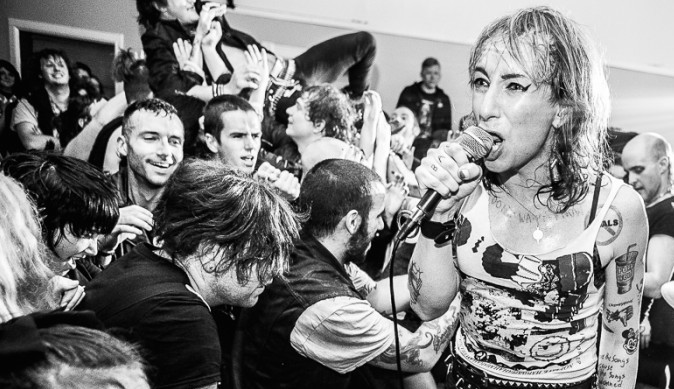 G.L.O.S.S. released one of my favorite demos of 2015! Every second of this tape is killer with no filler!!! When I saw that Angela...