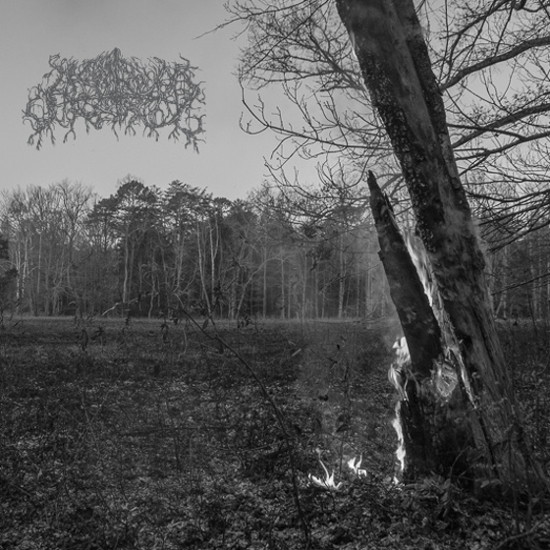 Take bands like Alkerdeel, Ash Borer, Encircling Sea, Indian, Lord Mantis and Velnias. Bands where black metal and the massive and enveloping overtones of doom and sludge travel on the same frightening frequencies. Bands that build long, winding and epic behemoths of sonic destruction, compositions that live equally off the bleak and malevolent fuel of black metal as they do the crushing and psychedelic heaviness of doom and sludge. Well, that’s exactly where Knoxville, Tennessee blackened sludge miscreants ARGENTINUM ASTRUM fall, and their second LP, Malleus Maleficarum, is a perfect example of this hideous, bleak and slime-ridden musical aesthetic that forces doom and black metal into disgusting orgies of hate and destruction.

The three untitled tracks contained in this sewer monster of a record may only clock in at a mere twenty six minutes, but they cover tons of ground in that short time and showcase a level of musical vision and destruction that most average bands within this spiteful realm can’t even pull off in hour long opuses. Malleus Maleficarum starts off with a death pulse. A twelve minute slithering of endless slime that brings together Eyehategod, Corrupted, Electric Wizard and early Burzum. Twelve minutes that materialize a complete and misanthropic fucking decay-fueled hellhole of wrath and neglect that will turn even the strongest of stomachs with its disgusting bleeding of tortured and sepulchral-sounding riffs. The second track in this flesh-eating album steps up the game even further, starting off with much more sustained riffing and rhythms, bringing in a shitstorm of blast beats and double bass that greatly increases the malignancy of the work, really letting lose all the band’s sickest black metal inclinations. Here the comparison with bands like Ash Borer, or even Primordial and Wolves in the Throne Room, really becomes obvious, as the band wind their way down eight minutes of sickening and decaying blackened maelstrom of violence and despair. The third and final tracks buries everything even deeper under thick and decomposing layers of foggy scum, even more accentuating the band’s love for icy, buzzing and malevolent black metal riffing and shrieking vocals that howl endlessly as if they are rupturing from the deepest tunnels of hell. All in all, Malleus Maleficarum is a stunning release that showcases the talent and vision of a band that have managed to transmit a beautiful sense of grandeur and epicness though their intelligent splicing and use of highly primitive, emaciated and confrontational stylistic aesthetics.