Maybe, and I mean just maybe, if you’re not really paying attention and washing the dishes or working out while you listen to Fluke, they may sound like a lot of other punk bands. Also, I’m not that kind of lazy writer that namedrops a couple of bands and that’s that. After all, if I did that there would be no point in hearing new bands, since everything seems to sound like something else.

Fluke sound like angry punks that almost puke the lyrics out instead of just singing them, and believe me when I say that that’s a good thing. They’re dirty, they’re raw, they’re aggressive – but one thing that they’re not is one of the litter. They work out songs their own way, and if you can hear echoes of older punk bands through their buzzsaw guitars and killer rhythm section, it’s just that: echoes. Shit, when the guy screams “reality check” like it’s the last thing you’ll ever be able to do, it gives me goosebumps – and I mean the same ones that come with the warm fuzzy feeling in your crotch. Or when the guy keeps saying that he feels like shit, not only do I believe it, I’m also pretty sure that he’s gonna do something about it. These guys are angry as fuck, and they sure are relentless throughout the whole record that lasts about 15 very intense and noisy minutes.  I really love the fact that songs and lyrics are kept really simple, but they come up with some monster riffs and outrageous lines that not only keep things interesting but also kind of engrave songs into your head. Just in case you’re wondering – like I was before the interview – what the hell are they singing about, Mimi tells us that anything from current events to people that piss them off is game.  So, you’ve got songs that go on about the Syrian war or something as simple as stereotypes. You’ve also got a song about the National Service, where all male citizens are forced to serve two years of their lives in the army. Now there’s something I can relate to, since in Portugal we also used to be forced to serve in the army of the police, and that’s why all old punk bands had at least one song speaking out against the army. Another thing I can relate to is that Singapore, like Portugal, had the same ruler for pretty much half of a century, and like here, they had the perfect excuse of it being a “benevolent dictatorship.” It just meant that you didn’t have freedom because you wouldn’t know what to do with it; gee, thanks, big daddy upstairs.

All that kind of falls into place when you think that Singapore is considered one of the best examples of economic growth, because usually when an economy grows, it grows on someone’s back. That’s why it’s no surprise when Ruz and Mimi tell me that their “ministers get million dollar paychecks doing shit while we struggle to make ends meet with the increase in prices and no minimum wage.” I guess some things are the same, whether or not you inhabit a dictatorship. Like they themselves put it: “it’s not something to be proud of when your country is ranked the most expensive country in the world while at the same time one of the lowest in press freedom.” Probably that lack of freedom helps to explain why a country with about five million inhabitants has a lot of punk bands, but they all have pretty much the same faces in them. Well, no matter how many punks there are, all the genres seem to be covered, since anything goes, from UK82 to Anarcho-punk and Garage to Powerviolence and Doom.

It’s not like they need more inspiration than the one their country already provides, but just so you know they are in love with classics like Discharge and Bastard as well as with new stuff like Warthog and S.H.I.T. Speaking of shit, that’s where most of the water in Singapore comes from: recycled from toilet usage. So, I guess that besides having to eat the shit the government feeds them, they also have to drink it. That’s why it’s no surprise when they state that just talking about everything that’s wrong with Singapore is enough to make them pissed. In their own Yoda-inspired quote: the “state of fear this country is in.” Well, at least to me it sounded like something Yoda would say – but what the hell do I know, since I hate those fucking Disney Star Wars movies. That reminds me: if you dig their artwork like I do, check out Bharata Danu for more. He is also the guy that did the Devils Master cover, which you should check out immediately after you finish reading this piece.

On an exit note, let me just say that Fluke is called Fluke in relation to a parasitic flatworm – it’s not luck related at all. If you want to check these guys out live, you better get an airplane ticket to Japan or Australia within the next few years, because that’s where they’ll play. Unless you’re already there. 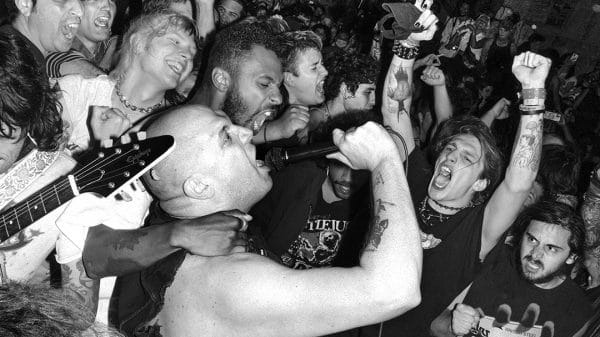