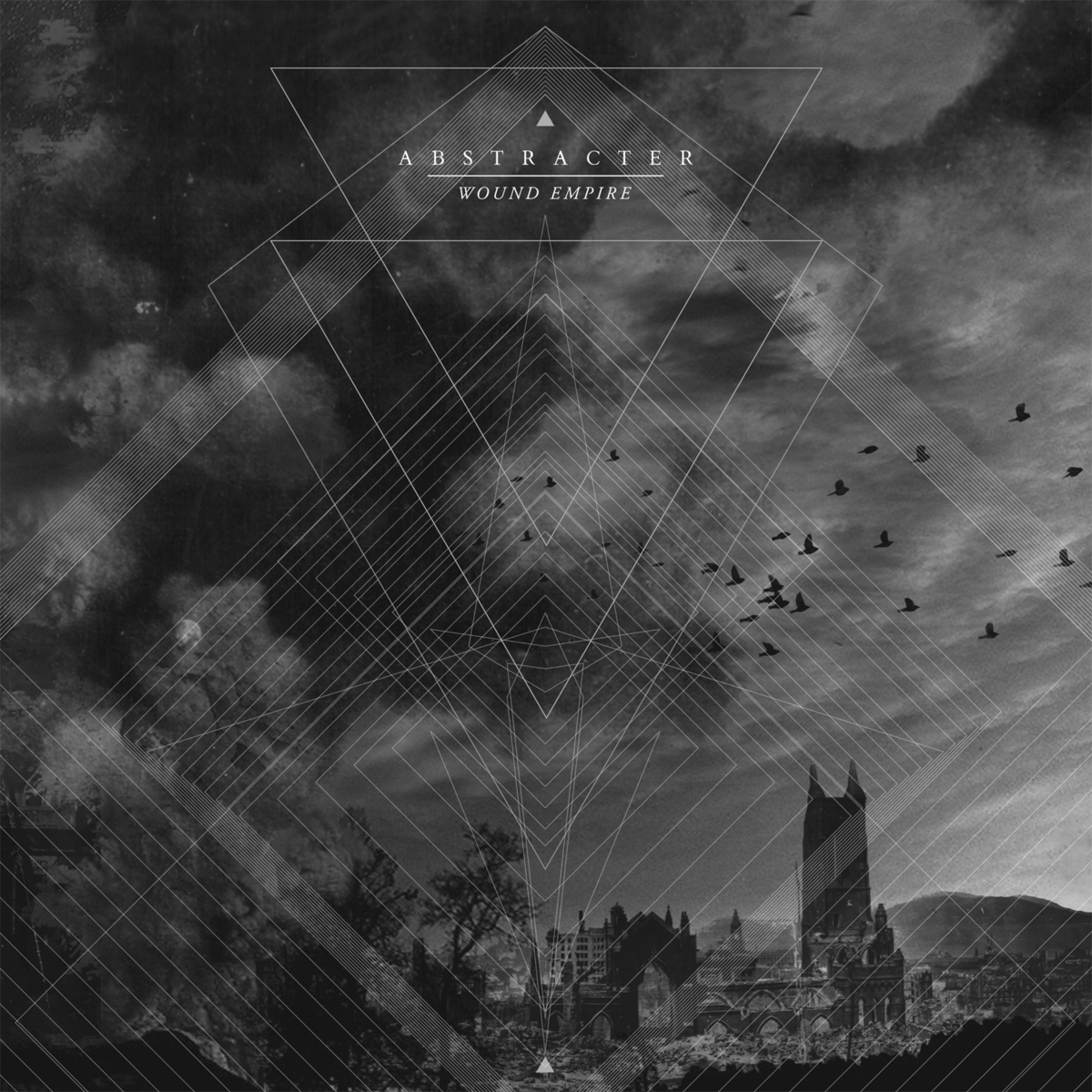 Following up their debut full length, Tomb of Feathers, Abstracter return with more purpose and a rejuvenated idea about their musical endeavors. Now with Wound Empire – coming out through Fragile Branch Recordings, Vendetta Records, 7Degrees Records and Shove Records (cassettes are being released via Sentient Ruin Laboratories and An Out Recordings) – the blackened crust/sludge/doom band from California is taking the next step, and really making it count.

The music of Abstracter always seems to have an underlying melancholic tone, which is mainly derived from their use of ambiance. In tracks such as “Open Veins,” this aspect of the band becomes instantly apparent, without meaning that melancholy is the only weapon in their arsenal. The manner in which they build up anticipation with the creeping start of “Lightless,” and the more unearthly perspective of Abstracter in songs such as “Cruciform,” reveals the depth to which this act can travel in terms of sonic versatility. The abstract themes (the band is called Abstracter, after all) also aid that side of the band. Especially in various parts of “Cruciform,” when the heavy guitars start to bring in droning notes alongside the cymbal hits, building up anticipation. And when the more minimalistic approach of Abstracter is applied, it instantly enhances their abstract thematology.

What is equally impressive with Abstracter, though, is how they are able to combine both worlds in their music. Their ambiance might carry that gloomy tonality, but their groove is powerful. The way in which the band constructs “Lightless” gives a feeling of impending doom, which the band finally delivers when the heavy riffs come hammering down. The deep vocals have a very characteristic sound to them and fit perfectly with the music of Abstracter, and when they make a turn towards a more black metal path in “Lightless” they have a huge impact on the song. The clean guitars with the extreme vocals on top in “Open Veins” keep the groove intact for the whole duration, and when they bring in the distorted six string tormentors, they just fit naturally. On the other hand, the furious vocal performance in “Cruciform” signals the doom/sludge mayhem that was lurking just around the corner. The band explores a stranger groove there, almost drunken and uncertain, but still fitting to their concepts, before they lead us to a slower-than-death pace of sludge-y goodness. Surprisingly enough, some clean vocal parts appear in the closing track of the album, giving a mesmerizing tonality to the song before the growls return and Abstracter take the whole track towards more black metal paths. The resulting “Glowing Wounds” is probably one of the most intense moments of Wound Empire. Through all that, of course, you have the guitar work of Abstracter accompanying you throughout this album. With one of the strongest aspects of the band being the way by which they can come up with hooks for their music. Given that their music is quite dark, those hooks can really make a difference and create contrasts in their sound, from the more straightforward parts in the opening song and key moments of “Open Veins,” to almost dreamlike parts, such as in “Glowing Wounds.” Sludge riffs on top of all that give the necessary weight for some of the tracks, as is the case with “Lightless” and the ending of “Cruciform” as the band hammers down on your brain. And especially when the tracks need that extra bit of destruction and over the top extremity, the guitars do marvelously. The epic ending of “Open Veins” sees the lead guitars laying waste in their path.

Abstracter’s music is filled with dark moments and heavy riffs, while still carrying emotion. Through its forty minutes, it creates a damned world within which you will lose yourself.