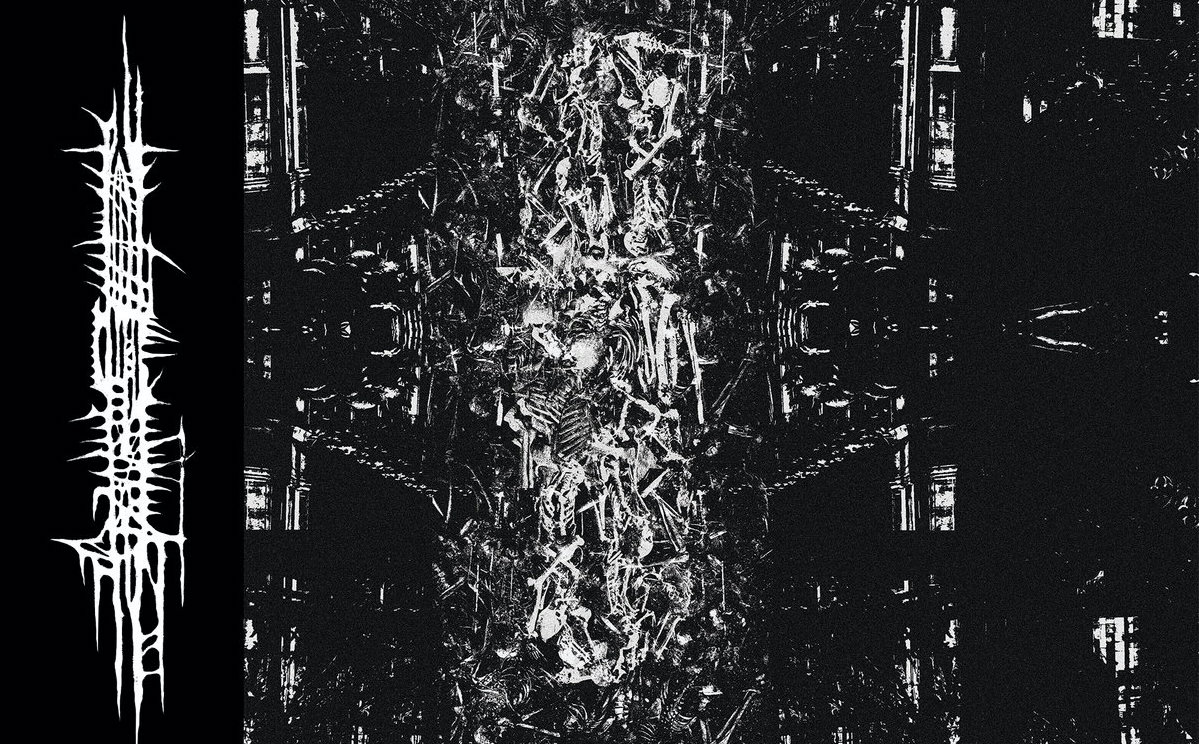 What emotions come to mind when you think of each of the ABSTRACTER LPs?

It’s like watching a child grow and seeing pictures from when it was a baby to it turning into an adult. It’s like seeing how the band looked like then and looks like now. Members have come and gone and the sound has evolved and changed a lot over the years, so it feels like a story, still being told.

To me this record sounds more immense than your others…Would you agree, and if so, why?

We agree. Throughout the years we’ve always pushed at improving upon previous work so we do not feel stagnant and stuck into a formula that just repeats. At the same time, our concept has refined and gotten more complex over the years. It has acquired scary traits and as such needs a sonic counterpart that’s equally scary.

What three books had a major impact on how y’all see the world and why?

How has the climate of the world over the past year shaped the sound of ABOMINION?

The album was almost entirely created during the COVID pandemic and resulting lockdowns. It was a hard, dark moment for us as it was for the rest of the world. A couple of members had to leave the band because of it and its associated disruptions with employment etc., so it was a murky time of uncertainty for sure. The world succumbing to superstition and divisiveness as a result of this shaped our condition as a band further and led us to make an album with an even stronger emphasis on total lack and/loss of hope.

Who or what represents the “antichrist-like figure” to you?

The press release talks about “mankind as a parasitic scourge or delusional rogue pestilence,” but in human history, our parasitic phase seems to have begun with European colonization and the coercive assimilation of Christianity, not with ancient African or indigenous cultures. What steps does ABSTRACTER believe we should take to change the present day and future environments?

That’s a hard question that would require a long discussion. This society is just the offspring and evolution of the colonial one you mention, so it’s rooted in the same principles. You can still clearly see the northern hemisphere live its lavish meaningless lives full of useless shit they don’t need which is made or sourced elsewhere, and that to do this they milk a crippled southern hemisphere that is forced to work for them at starvation wages to produce landfills of useless gadgets, with an endless trail of pollution, misery, and environmental and social trauma in its wake. Imperialism has metamorphosed into consumerism and who knows what abomination the next phase of human parasitism will be. Fighting consumerism would be a huge step forward toward the equalization of all people on the planet and toward saving mother nature from ourselves.

Western industrialism is an instrument of white supremacist colonization, and is definitely a driver of the apocalypse ABOMINION is referring to. Who is benefiting from this and how can we stop them?

As outlined in the previous reply whoever is at the top of the consumerism chain is the ultimate motor of misery to extirpate. Who’s creating useless things at starvation wages and polluting our world and ravaging our environment of resources to produce them, who’s advertising them to keep people nailed at work so they can work to obtain them and have a pathetic feeling of happiness, and so on.

How have the new members of the band taken the sound of ABSTRACTER to new levels of sonic agony?

Lots of work, lots of patience, developing a clear idea, taking the time to develop a vision. Just putting a lot of work and love in what we do and believing in it, that it holds something meaningful that with the right amount of work and dedication, will ultimately transpire through.

“Ashen Reign,” “Abyss Above,” “Lightless.” Just to show our evolution as a band over the years.

What does a beautiful day look like to you?

Humanity is gone and many animal species are now roaming free in the order of millions and reconquering their planet.

How does the cover of ABOMINION convey the sound of the album? How important is the art direction and product design behind what you create?

Admittedly, very important. Or, more than we thought it would turn out to be. This time we spent literally years in trying different things, and the current artwork was shaped over a long period of trial and error. It wouldn’t have been the album it is without this process of working audio-visually in two parallel and equally important lines, music on one side, visuals on the other. The art took a lengthy creation process of doing-undoing-redoing almost like it was songwriting itself.

The music and art really seem rolled into one thing on this record, what’s the album concept and the meaning behind the title and the art?

As it’s easy to guess Abominion is a compound word contraction referencing the “abominable dominion,” or the state we’ll end up in if we don’t get our shit together and change now, as a species.

If we don’t address shit like climate change, militarism, industrialism, greed, religious fanaticism, social divides, environmental damage, imperialism, war, warfare development, etc, in years ahead from now we’ll end up in a devastating dystopia where instead of fighting for the control of global resources, wealth, private property or possessions, or even worse for jobs, housing, and health like we do now, instead we’ll be fighting for food, water, and sunlight. No longer fighting for possession or just dignity as we do now, but straight out fighting for survival.

Abominion represents this future that lies ahead of now, and the moment of reckoning in which humanity realizes it could have stopped but didn’t, and now dwells in hell. A self-made hell. The album particularly reflects upon the various aspects and repercussions of nuclear warfare. The human race has used science, its intelligence, and intellect to harness the power of stars, of the “destroyer of worlds”, not for good not to empower others, but at first only used it as a means for the annihilation of its own kind. An instrument of power, intimidation, and fear, that still exists and is real today. We gave the whole concept a supernatural look and feel to convey this idea that humanity does indeed represent a conduit for pure evil.

If your music had the power to change one thing in the listener, what would it be, and why?

Make them feel and gain perception of the darkness and hopelessness that lies beyond, and permeates everything outside our sheltered lives, and how in the future, this outer shell that shelters us, could erode away and expose us to what we always knew was there, but never took seriously.

How important is atmosphere to the creative arc of Abstracter songs?

One of the most important things. We try to create immersive experiences that evoke otherworldly visions and premonitions. Not parallel or alternate realities, but future ones, cast ahead like shadows on our current and only path. An aura of inevitability.

If you had to describe the sonic energy of ​​”Eclipse Born” in terms of a historic seismic event, what would it be and why?

“Eclipse Born” was our attempt at creating a “rock song” with an uptempo progression, shorter playing time, and more direct intensity. It’s like the blast of a nuke, the last event unraveling quickly before giving way to the slow agony of decades of radioactive twilight to come, which is everything coming after that song in the record.

What is your process for coming up with song titles?

Music is written, then the vocal arrangements and lyrics. Once that is all done, and the lyrics are complete, a title that summarises everything that has been said in the lyrics is chosen. 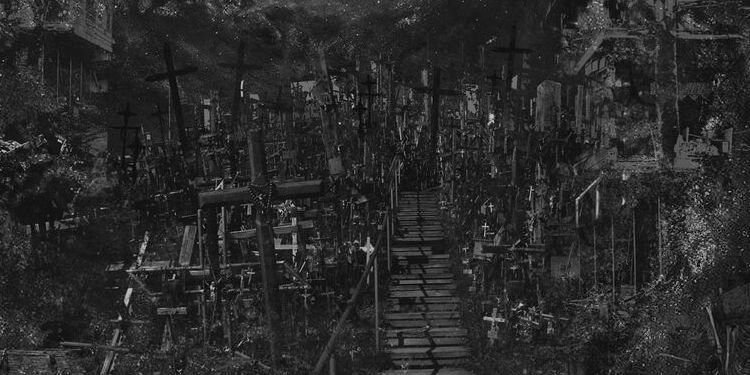 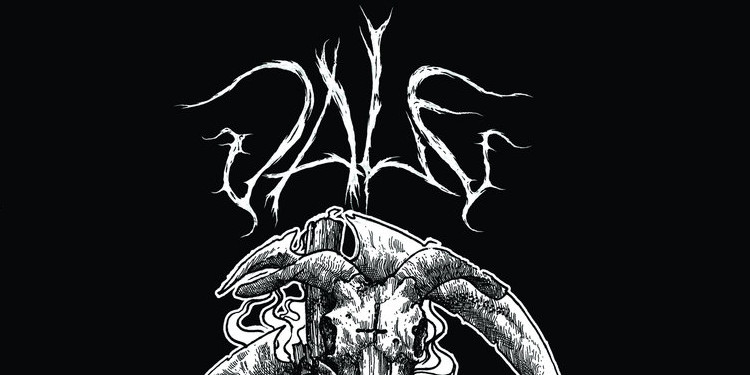 It’s always a pleasure to see people you love from bands you love get together and unite their talents to create monstrous things. And...