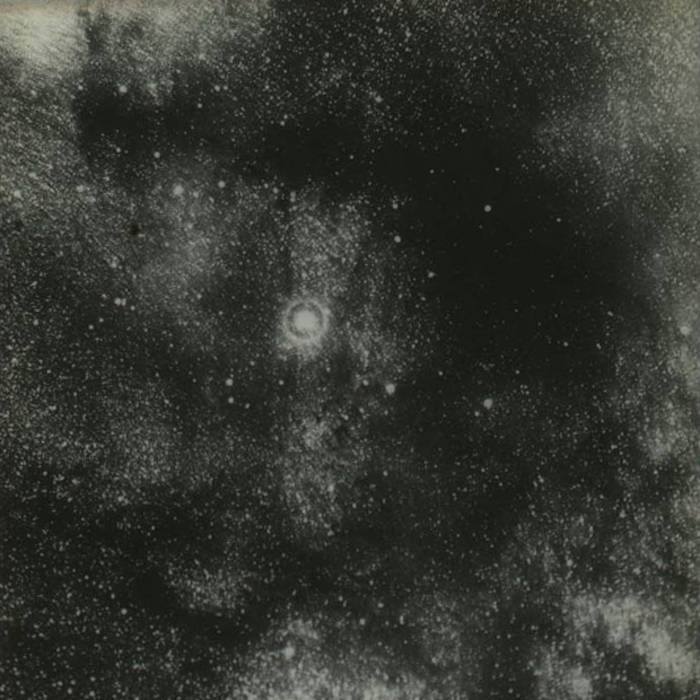 Transylvanian Tapes, based in San Francisco, California have done nothing for heavy music but keep spreading the word and pushing out more and more gold for us to grub into our wallets for money to throw at these artists. With their recent release of ‘I & II’ by Devoid nothing has changed. Being droning, distorted, doom-laden, and destructive is everything that makes ‘I & II’ by Devoid an album to be revered. It’s completely untampered, uninhibited, and unabashed music that sucks you into what could very well be the dimension of the nth dead world, even being pegged as “Transdimensional Doom Metal” in the description of the album on Transylvanian’s bandcamp.

Devoid is a three piece band that creates something larger than a massive sound. Blasting out nine tracks with their gain at eleven, every track has something nice to offer for this album. It starts out slow with “Jupiter,” an ambient 30 second intro that entices us into a drowsy stupor before grabbing listeners’ throats and slamming them against a wall of fuzzy low end feedback at the beginning of “Excavation” until it goes into a tizzy of sliding notes. This ten minute monster of a song is a solid, winding road of fog and bleary eyes, droning on into what could be considered insanity. Shrieks and piercing black metal-esque vocals do their best to blend into the shadows of each overhanging riff before sliding the dull end of a knife along your spine. These vocals do their best to freeze that blade as well because the chills that race up my back are endless. Some type of recent trend of these types of vocals has definitely taken the scene by storm and it’s probably one of the greatest things to occur in this generation. Nothing compares to a solid high vocalist for me; and W. Ryan (whoever they may be) is doing it very well.

“Excavation” has slime that oozes from its end into the start of “Body Void,” one of the best songs on the album, which starts with incredible force and becomes the closest thing to a void I can imagine in music. There isn’t much to say about it that it can’t say for itself. “Skin” is my personal favorite, and the next song. It’s the longest song on the album at just over 13 minutes, and it is pure, direct fear that becomes a work of conquering and beauty at the end. It’s one of those rare precious stones you find in a sea of sidewalk rocks, and I have to say it is probably going to help me through a lot of long drives in my state, along with the ambient interlude “Neptune” that follows it.

After the interlude, what is the band’s first demo ensues. “Plague Fed” is definitely a different approach than what is in the first half. You get a punchy, throbbing, almost punky startup with a very different vocal style that’s composed of a scratchy, almost crusty yelling voice. This type of switch up causes a kind of unrest that made me wait to see how this would develop. The sludge returns at the rear of the song, where listeners get to feel the earth of speed shatter into a very slow spiral downward. This plays into “Feast,” which becomes the closest thing to a punk song that a black metal-infused sludge band can achieve. It was so out of the ordinary for such a change but it fit so damn well that I can’t help but expect that from other releases I’ve listened to. If you’re not a fan of that style, do not fret! The last two songs on the album are the same as the beginning and they begin with “Clone.”

“Clone” is absolute dissonant madness from the depths of tar pits. You can practically feel the bubbling heat of amps starting to max out their wattage and it has such emotion-laden playthroughs that it generates what you would want to get from all black metal: a sense of truthful sadness. From bands like Oathbreaker to Deafheaven to Wolves In The Throne Room to Behemoth there is one common thread of melancholy that connects the immeasurable differences from black metal [influenced] band to black metal [influenced] band, and I feel that this song is where it starts holding that torch high. After being able to feel that connection, each song gives more pieces of itself to its audience. Sadness breeds other emotions like anger, though, and in the absolute monolithic closer to this masterpiece of an album.

“Patriarch Scum” begins the anger cycle. In a brash, direct beating and slamming of sludgy, short, and not-at-all sweet blasts of music in multiple blossoms of energy and violence, but are still able to reach that level of sadness to create the perfect equilibrium of betrayed and loathing, even getting the disconnect of thoughts in your head spot on with the deteriorated sound quality that has slowly deteriorated from a fairly pristine beginning. It is one of the best closers to an album I’ve ever had the pleasure of wrapping my head around and solidified that I would return to buy the album. Transylvanian Tapes’ cover for ‘I & II’

In short, ‘I & II’ by Devoid is devoid of all boundaries, drifting in and out of doom, black metal, sludge, punk, and crust while still feeling completely together and interactive. The three tracks that stand out the most for me were “Skin” for being the longest and downright scariest, “Body Void” for being the most clearly directed, and “Patriarch Scum” for channeling all the energies into one melting pot. Definitely something to check out for fans of black metal, doom, and crust. I can definitely see this band becoming the next internet sensation and blowing up from small clubs of ten people to being on main stage at something similar to Pitchfork Festival, so let them take you to that other dimension and stay connected with them here: