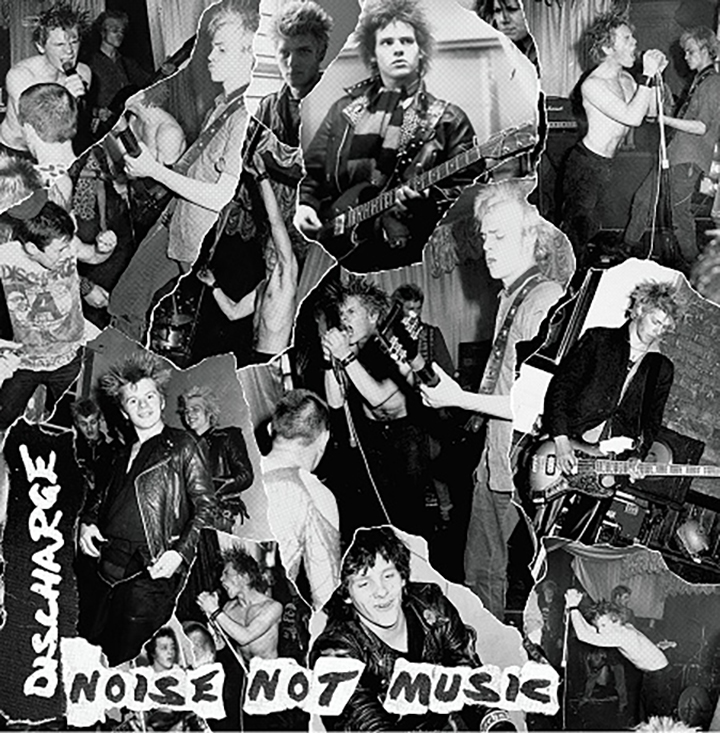 Four teenagers from Stoke (England) decided to play together in 1977. What Terry “Tezz” Roberts, Tony “Bones” Roberts, Roy “Rainy” Wainwright, Nigel Bamford and Anthony “Akko” Axon didn’t know was that they would become one of the most important bands in the underground world scene. “We just wanted to be part of what was going on,” original member Tezz Roberts says.

Discharge are one of the world’s first hardcore punk bands and are often recognized as one of the main punk bands to cross over into thrash metal territory. “I was waiting for a band to bring extreme music to the table,” Roberts says, “and I’m proud to say that I was a part of that.” Discharge     also pioneered D-beat as a punk subgenre. “We didn’t plan to do anything different,” Roberts continues. “When I got behind the drums and started playing, the D-beat went naturally from there.”

After 8 studio albums, 3 live albums, 13 compilation albums and 6 EPs, the band decided to create the ultimate Discharge   release with F.O.A.D. Records. “I gave Luca Foad Prandini the go-ahead to do the box sets as he was the best man for the job,” Roberts says “It’s a fantastic way to look back.”

F.O.A.D. Records spent a long time creating the gigantic Noise Not Music. “Tezz told us he was available to work with F.O.A.D. Records, and we wanted to do something special,” Luca Foad Prandini recalls. “We knew Rich [Sore Throat] was collecting old memories to publish a book about Discharge. This work would tell the story in first person, collecting direct testimony from the original members and enhancing everything with visual material from his collection and various files. We joined forces again, and ‘Noise Not Music’ started to take shape.”

The box set consists of a massive hardcover book, a triple LP set housed in a trifold sleeve, a 7” 8-track and a poster. “When Rich completed the book, F.O.A.D. Records  started to work on the audio side and on everything related to the packaging,” Luca explains. “For every record that we release, it is a challenge to unite the sound with the visual. What we have always tried to do with all our albums is combine the music, in the highest possible quality, with the visual part. With this box set, you can hear the authenticity of the live band as never before, while seeing photos from the time or reading totally new stories.”

The visual presentation follows the true aesthetic of the early singles by using only the original logos, fonts, colors and graphic style of the band’s first 3 EPs and some packaging that finally does them justice, rather than another cheap bootleg or cash-in by a label looking to make money. More than a year in the making, this release combines the most exhaustive book about Dischargewith a triple LP + 7′′ capturing the band’s incredible live intensity and aggression through some of their best, rawest sets recorded between 1980 and 1983. 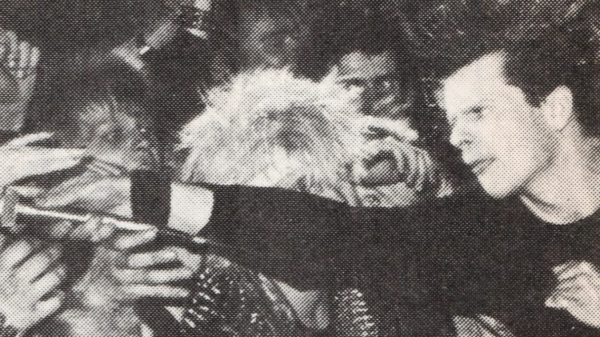 The DICKS were next level – Gary sang like a motherfucker, plus they wrote amazing songs! In 1984, GoldenVoice put together a stacked line...

Maybe, and I mean just maybe, if you’re not really paying attention and washing the dishes or working out while you listen to Fluke,...