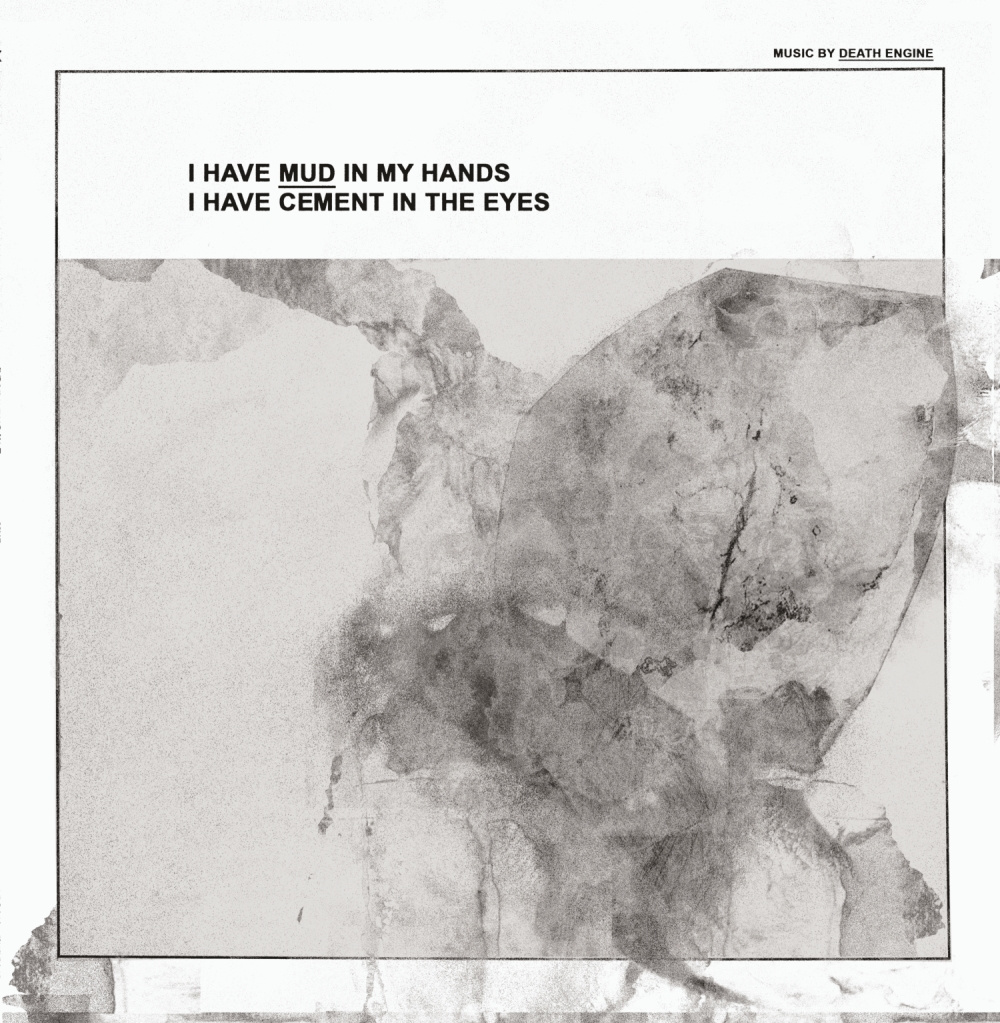 Was it unexpected ? Was it a surprise ? No, not at all; it was extremely expected that the new Death Engine album would be a total blast. I was in a state of high anticipation for the release of this full-length, because their first EP Amen was, you guessed it, a marvelous record. The quartet from Lorient (France) is back in 2015 with Mud, a well-written, well-performed seven-track piece of work that was released on March 2nd (pick it up here).

Mud, as well as their previous release Amen, is truly something on its own. It’s not too far from what you could usually find on the Throatruiner roster, but if you listen closely, you can’t help but notice that they really have something special with Death Engine.
Yes, there are a lot of influences from the chaotic hardcore genre, but the length of some tracks gives them a powerful “noise” vibe. They really take their time to install an ambiance that is very enjoyable. I’m not saying it’s a colorful or happy ambiance, just that when you are into it you definitely don’t want them to stop playing; you feel that you are in the right place, right now, and your brain whispers “don’t rush it, let me enjoy this.” You can see it on “Organs” or “Entertain,” for example, where half of the song is instrumental, very doomy and noisy. They also have a more of the post-hardcore side on “Cure,” with a tiny bit of clean vocals, but more used as a background choir to emphasize the ambiance. It’s never boring, nothing is too much or too few, and this is what you get when you want to go with quality over quantity. Seven tracks for an album may sound like it’s not enough (especially when there are no tracks over six minutes, except the last one) but it’s the perfect time. Death Engine controls you with Mud, and they take the advantage to explore new grounds.
I like the fact that they took the liberty of adding some “out of the box” stuff, which is one of the reasons why I love this so much. You can see that in “Zero,” an acoustic interlude, or with the rarely used nowadays “hidden track” called “Mud.” This song is so dreamy and peaceful, it’s just a perfect end to the album. It would be an awesome track to put in a post modern flick or an apocalyptic portrayal of whatever lost society.
That said, I highly recommend you to try to get in their universe.