April 30th marks the debut release from Dagger Lust, a power electronics trio with blackened death and grindcore overtones from Portland, Oregon. This is 24 minutes of pure, primal filth. Wash hands before and after listening.  The band is somewhat elusive. The members going only by the short stage names and their roles being even more obscure.  The band is: R (Low frequency annihilation and vomit trajections); T (Siege skin torture and aura desecration) and SVN (noise artillery and throat).  From what I can tell, the instrumentation consists of drums, bass and layers of vocal and power electronics.

The album begins with “Augury”, a short, industrial power violence assault.  The drummer is flat out here, at tempos most commonly found in the world of Grindcore. Laying a truly pummelling foundation.  The bass is cavernous and murky, further hidden behind the cloak of white noise artillery from SVN.  This track has no dynamics. Just all out savagery.  The twin vocal attack fades out into wretches and sewer grunts. The over-riding layers of throbbing noise melt seamlessly into the next track.

“Corroded Vein” (featured in the link) is a completely different feel.  The rhythm is reminiscent of Roots/Chaos A.D era Sepultura during the introduction. The tempos shift up and down during the verses.  Pulling and pushing the listener to breaking point.  It’s in this track where Dagger Lust’s attention to vocal layering comes to the fore.  The lower sewer grunts provide almost another foundation layer of music that are buried deep in the mud of the mix. The frenzied counter vocal is more prominent. The fizzing, throbbing nature of the electronics can either be faux-guitar or speaker contorting, rhythmic lows.

Along with the previous song, “Black Blood in Mockery” is another album highlight.  Predominantly another groove-based song it still maintains the despairing and suffocating mood. Vocals drip with bloody mucus as the rolling, thunderous bass and electronics wash over you until you can’t breathe.  The band’s press release mentioned their sound incorporating power electronics along with their more established death/grindcore warfare.  Warfare this most certainly is.  This is war in auditory form. Continuing with the albums seamless transitions, the introduction of “Perverse Divine” is no different. A lone, and for once, clean bass line starts, coloured with echo to increase the atmosphere.  Slowly, the manipulated noise waves envelope the space. Like the distant rumble of the machines working their corroded cogs to dust. Leaving no space or silence.  Vocals enter as if possessed by a diabolical entity.  Background noises like something from a mid-era Tom Waits album. A grinding chair leg over the damp cellar floor.  Clanging of metal, rolling and grinding.  This all comes together to take you on a journey into a sick and twisted world of Dagger Lust.

Next track, “Capitulation” is another sampling of power violent industrial assault like the opener.  Only this time more refined, with more clarity.  Still chaotic but more succinct and explosive.

Following this is another atmospheric track that opens out the space, empty and claustrophobic. Entitled “Antediluvian Battery”, vocally this one is different. The track boasts a more natural, human like scream.  A cry of anguish and despair or a terrifying manifest of pain.

Closing the album is the title track.  A trashy, dangerous stomp to the finish. The swinging feel is complemented by the trademark throb of electronic cacophony. At times you more feel the groove instead of hearing it.  Based on how well this album has been sequenced, it could eliminate the track numbers altogether and stand strong as one cohesive journey.

Given the amount of electronic influence utilised for this album, Dagger Lust have achieved rawness and a primitive feel.  The mix is powerful, fizzy and muddy.  Sonically, you have to search for the detail. Drums are sometimes lost behind the unclean blanket of rumblings from the bass or electronics. You have to peer behind the curtain and descend the staircase to find the layers.  The more you delve, the more it will reveal.  To compare this band with anyone else is something I’ve struggled with.  With the vocal stylings (low/high), fizzing riffs, thunderous and pummelling drums, certain elements remind me of, not exactly Full of Hell, but more, fucking hell. 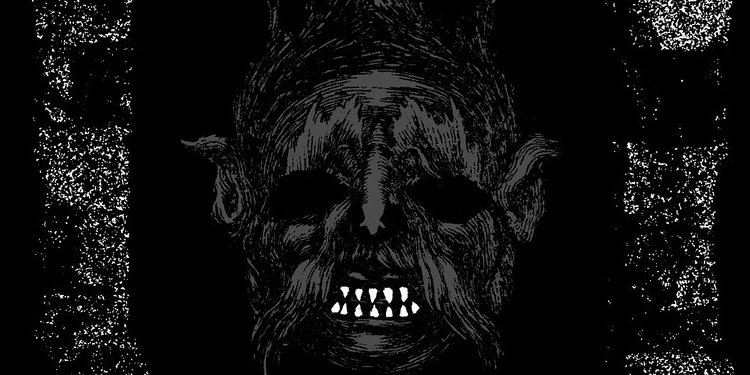 Four Releases From VRASUBATLAT You Need to Hear!

VRASUBATLAT have four releases that absolutely kill, and we’re excited to share a taste of their horrendous darkness with you today! This label is...