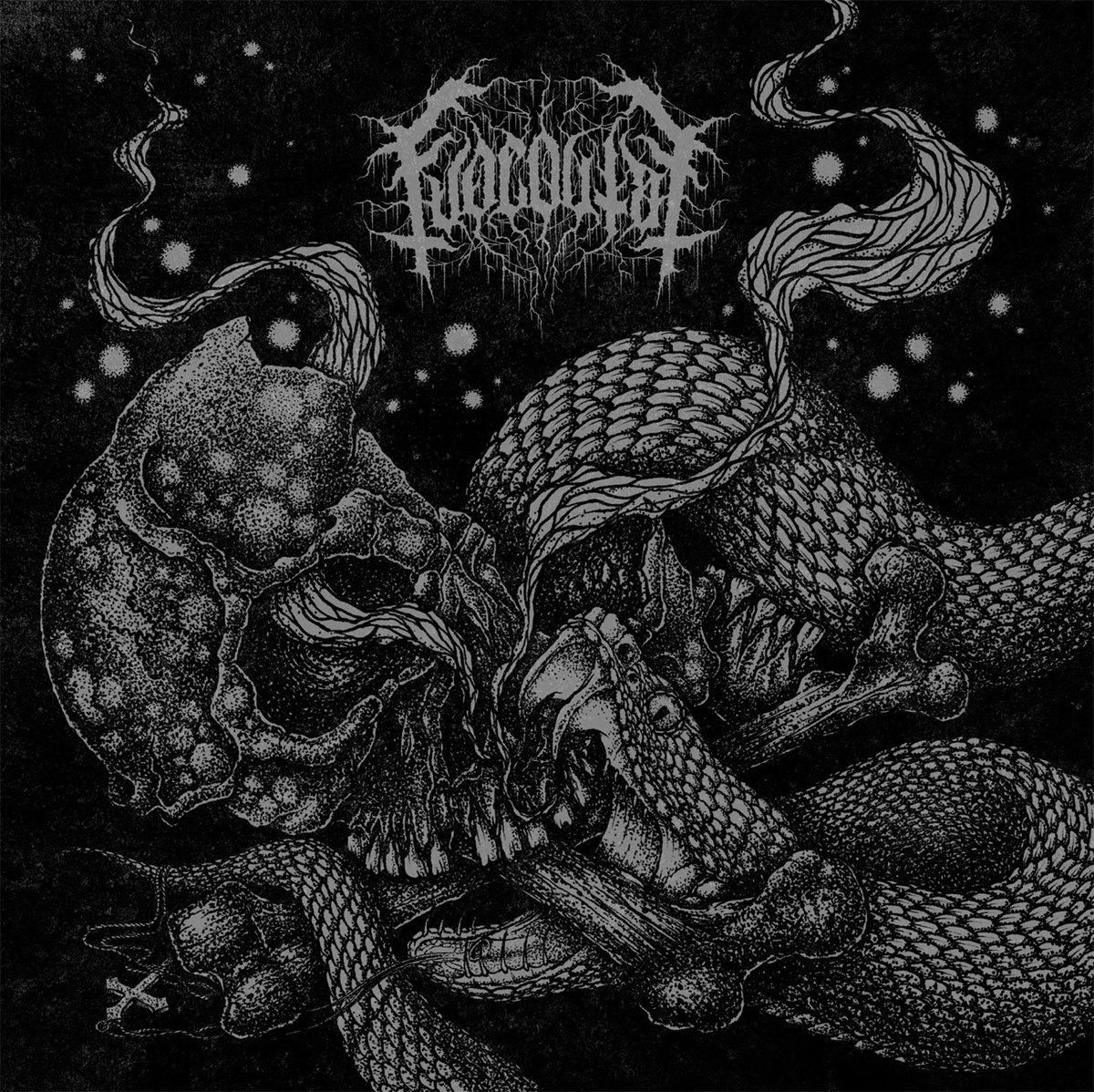 Stasis hail from Bologna, central Italy, and are the authors of Italy’s crust/d-beat release of the year. The band blends elements of Wolfpack, Skitsystem, Doom, Filth of Mankind and Totalitär to devastating effect. This demo is extremely belligerent, filthy and war-infested and is an absolute feast for the ears to listen to, as the band rips through their mauling and dreadful punk-metal assault. Read about them here. FIVE: FUOCO FATUO – The Viper Slithers in the Ashes of What Remains

Bottomless pits of horror and loss in the debut album of this lurid band from Varese in northern Italy called Fuoco Fatuo. Fans of Corrupted, Disembowelment, Moss, Loss, Aldebaran, Hell and Primitive Man can not miss out on this towering pile of putrid sickness. The Viper Slithers in the Ashes of What Remains is a monolithic slime bog of pure concentrated hatred, a record so steeped in death and misery that it will be impossible not to feel its cold and slimy tentacles reach out for you as you listen. One of the best sludge-doom/death-doom albums of the year. Read the full review here. Taking elements from doom legends like Yob, Neurosis, Electric Wizard and Grief, Naples – southern Italy’s, Naga have crafted one of the finest, heaviest and most bludgeoning psychedelic doom metal albums of the year. This crushing pup is all over the goddamn place, raging from Sleep‘s spaced out cosmic dirges all the way to Corrupted‘s hideous bogs of deathly sonic slime. Hen is not only a great doom album, but it is also a severe and uncompromising beating to the synapses, a weight and suffocating heaviness that is almost impossible to withstand. Read the full review here. Initially self-released by the band on Bandcamp, the band have now withdrawn this release to give it a proper re-release in early 2015 through Sentient Ruin Laboratories and Yamabushi Recordings. Playing some of the most Icy, malevolent, eroded and deathly blackened crust, Macerie from Florence, central Italy blend sounds reminiscent of Altar of Plagues, Iskra, Planks, Hexis, Celeste, His Hero Is Gone, Burzum, death metal, sludge and doom to devastating effects. In these four tracks, you will touch pits of sonic misery and destruction so deep, you will question whether you will ever re-emerge to the light at all. This band is on a frightening rise. The filthiest, and most vile and lurid album of the year comes from this sadistic and deranged duo from Florence, central Italy, called Hate & Merda, which means “hate and shit” in Italian. Blackened sludge, doom, crust, and noise that implode in a smoldering collapse of pure sonic hatred and filth. For fans of Primitive Man, Coffinworm, Thou, Grief and Today is the Day. ONE: ASSUMPTION – The Three Appearances

Dismal, colossal, dreadful and hallucinating death doom from Palermo, Sicily. Assumption are formed by members of now defunct ultra-brutal Italian death metal squadron Undead Creep (who were signed to none other than Dark Descent Records), and The Three Appearances is the band’s proper first release after having released a fantastic demo back in 2011. Fans of Cruciamentum, Esoteric, Indesinence, Pantheist, Disembowelment and Skepticism will lose their fucking shit over this amazing and obscure release by the Sicilian duo. Read more about Assumption here.