This is not your standard black metal album, and while the band does play homage to the traditional style there are some nice variations. Dawn Ray’d move into the melodic and atmospheric side of black metal, and they are not one of these bands that tend to have an issue with completely embracing that sound. No matter if they are upping the tempo, unleashing fast-paced assaults with blastbeats, or they are venturing into more ambient moments, they really go for it. The start of “Future Perfect Conditional” displays this leaning, and it also follows through when the rougher and more bitter parts unfold. In this case, we have Lithuanian post-black metal group Au-Dessus, releasing their debut album End of Chapter following their self-titled EP.

The post-black metal scene is difficult to pinpoint, considering that you have acts as diverge as Alcest and Altar of Plagues under the same big tent. Au-Dessus follows a cohesive and holistic narrative to their post-black metal doctrine, attempting a fusion of the ethereal post-metal sound, and the venomous black metal idiosyncrasies. The black metal approach remains the focal point, and it is obvious to see how adept Au-Dessus is when it comes to unleashing punishing assaults. In their most brutal, they traverse back to the traditional aspect of the genre, the long, repetitive riffing and the howling vocals, echoing through the darkened space.

The result of using this destructive methodology is deeply felt, but it would not make for a great approach if it was not enriched by further additions. Staying within the boundaries of black metal, the band enacts a strong atmospheric scenery, implemented in a non-extravagant manner in using synths or keys, but by applying elements of post-metal. The elusive, dreamlike manifestations appear in the form of huge riffs, with the pace dropping down, and opening up the music, creating epic sequences of sound moulding. The cycloid nature that it holds, aided by the wall of sound approach that the production takes in these parts, compliments the switches from the eerie leads, granting an asphyxiating effect following the dissonant renditions. Bold and uncompromising testament to black metal’s pioneering spirit, to its willingness to subvert and pervert, to its insane disregard for its own safety. There is, of course, a bull-headed black metal orthodoxy which stands like a kidney stone in the urinary tract of time, but the fringe is where all the really cool shit is happening. Mr. Black Cilice has been skirting the fringe all along, and with his latest offering, Banished from Time, we are given no reason to believe that he will ever come back. The band lets song structures evolve, slowing down unpredictably, blasting to start songs, letting notes ring to the double-kicks.  The bass has ample volume in the mix to follow the rhythm guitar, and the vocals sound like higher-pitched screams more than screeches.

The drums are pretty loud when the music falls away, and I get a sense some punk/hardcore is intentionally thrown into the mix to keep things interesting.  The band typically like to slow down in the middle of tracks, then let the double-kicks machine gun to the sound of tremolo picked riffs and rung notes on the higher registers. EIGHT – AOSOTH V: The Inside Scriptures

After four years, Aosoth return hellbent on continuing their twisted conceptual mission and hammering home the fact that no-one does black metal quite like the French. Initial perusal of The Inside Scriptures track-list may induce brief pangs of disappointment, with only six songs written in the four-year gap between full-length releases. But like its predecessor, Aosoth embrace the longer song format, with three of the cuts breaking the eight-minute barrier across an otherwise efficient 46-minute runtime. So can the weight of expectation, amplified by the lengthy spell between albums, prove too much for these Satanic ghouls of innovation and brutality to deliver the goods again?

Much like its predecessor, The Inside Scriptures features a prominent death metal influence, but it doesn’t interfere with their trademark blackened overtones, off-kilter riffs, shrewd use of melody, and cavernous bursts of aggression and grim heft. Although their pacing is often deliberately measured, there’s little in the way of subtlety when assessing the barnstorming fury of Aosoth at full throttle. Few bands can muster the kind of tremolo and blast fueled intensity or bleed as much seething malevolence as the band does with apparent ease. Atmospherically, it’s a stirring statement, especially when they allow their melodies to breathe the fetid air and in sections when Aosoth shift gears into a foreboding mid-paced crush. Blistering and terrifyingly intense opener “A Heart to Judge” wastes little time raising the stakes, but despite its unrelenting savagery, overall it lacks variety and anything particularly memorable to latch onto across its nine-minute duration. If I was going to define black metal – a lust for darkness and the chill of a cold atmosphere would be at the top of my list. With these two qualities in place, I hope the music that ensues will whisk me off into a hypnotic journey into the abyss. This is accomplished by this Swiss project in the first few minutes of the album the journey to the abyss is underway. The atmosphere is created by a cavernous mix allowing this to be second nature. The darkness is nurtured by the dissonance of the guitars. If you have read any of my other reviews, you might notice I return to a common when it comes to metal. I need metal to be as heavy sonically as it is heavy in its aggressive metallic drive. This is achieved midway into the first song. There is an alchemy to quality music, no matter the genre. It’s in how the vibrations of the instruments are manipulated to summon and crafting something that connects a spiritual level. Most music manufactured for commercial consumption doesn’t do this. It is done here, giving this album a quality that all the corpse paint in the world can not compensate for. 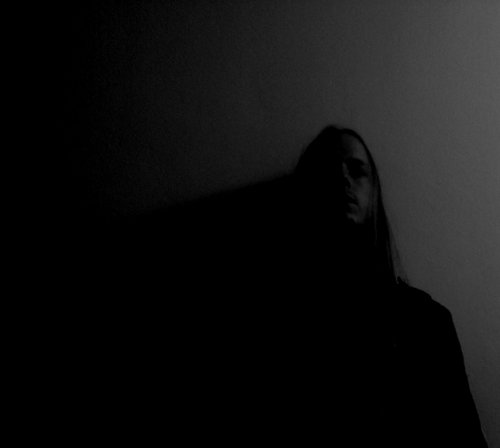 I know for a fact this is one of sickest Black Metal records unleashed this year, because of all of the layers of evil that are contained in this collection of songs. I am amazed by how FUCKING GOOD this record is! CVLT Nation feels so honored that we are sharing with you NIGHTBRINGER’s Terra Damnata in full below. When I say this is one of of the most outstanding records of 2017 – I REALLY FUCKING MEAN IT! One reason is that this band has pushed themselves beyond any known boundaries to create a record that is beyond special, it’s in it’s own space and time!!! Imagine if Scar Sighted LEVIATHAN procreated with All The Waters Of The Earth Turn To Blood The BODY; AMERICAN’s Violate and Control would be their mutant offspring. Coming from such amazing parents would not be enough for this band, because throughout this record they prove that they can shapeshift into many different kinds of sonic pain while still remaining beautiful and morbidly melodic. We were one of the first sites to ever cover this band 4 years ago, so it’s makes total sense that we premiere their devastating new track below. It’s going to be interesting to watch how the world is going to react to this bands new LP. I can say with a 100% confidence that this is truly the beginning of great things for the AMERICAN I LOVE! FOUR – VOIDSPHERE To Call | To Speak

Exceedingly rapid and furious, Voidsphere has a characteristic, distinctive and peculiar style, effusively paradoxical. While it is easy to describe their sound as atmospheric black metal, the essence of their musicality is obviously more complex and indefinite. With incredibly aggressive guitar lines, the main anatomy of the music remains rooted in traditional BM, while the harmonies are evidently more expansive, but inhumanely delusional.

The best description for the sound of Voidsphere is the hallucinating and demagogic dispersion of a universe being devoured by a colossal black hole. You feel practically lost in a vicious and incurable infinite limbo of chaos, where despair and affliction are not only the main possibilities, but the certainty of an eternity of agony. And voidsphere’s music passes so intensely and truthfully these sensations, with such a realistic majesty, that you definitely feel yourself to be dragged by an invisible energy of doomed ferocity and destruction. As a matter of fact, like the name of the project suggests, you are unmercifully and inextricably attracted to a spectacular, monumental and detrimental sphere of void. RAW FILTH, PRIMITIVE WAR, PAIN and SUFFERING, FERAL FREEDOM are some of the words that swirl in my mind as I listen to the new LP by Youth Attack‘s GRINNING DEATH’S HEAD entitled Blood War. I am in shock at how good this record is. From the very first moment I started playing it, I knew I was in for something special. GRINNING DEATH’S HEAD  create the kind of Black Metal Punk that make the hairs on the back of my neck stand up in morbid joy. What trips me about this band is how fuzzed out their songs are, but they maintain a chaotic groove to them that makes them so addictive. To say we are honored to be streaming Blood War in full below would be a major understatement. Blut Aus Nord is an exemplar black metal band, always forward thinking, never being confined by the close-mindedness of the genre. Through the years, the entity led by Vindsval, has been changing its style from one record to the next. At one moment they appear as an excellent, straightforward atmospheric black metal band, and in the next turn they unleash a dark ambient masterpiece. Blastbeats or repetitive e-drums based progression, it makes no difference for Blut Aus Nord, who have always been able to release works of high quality, regardless the style of music they choose to explore.

Deus Salutis Meae, translating to God of My Salvation, comes at a strange time for the band. Blut Aus Nord released the third part of the Memoria Vetusta trilogy in 2014, with Saturnian Poetry, reaching a creative peak when it came to their black metal self. Before that, they released a trilogy of dark ambient/industrial albums in 777, which also found them on top of their game regarding their more experimental aspects, perfecting a vision that was introduced with The Work Which Transforms God. Haunting melodies meet scathing riffs and blastbeats in the new release from Philadelphia’s Chaos Moon entitled Eschaton Mémoire. This is a violently beautiful album, sounds that encompass you with a gorgeous atmosphere, all the while pummelling you with cold rage. I can feel the fear of life’s end with a sharp insistence in this offering, but also the ultimate peace of the void it brings with it. 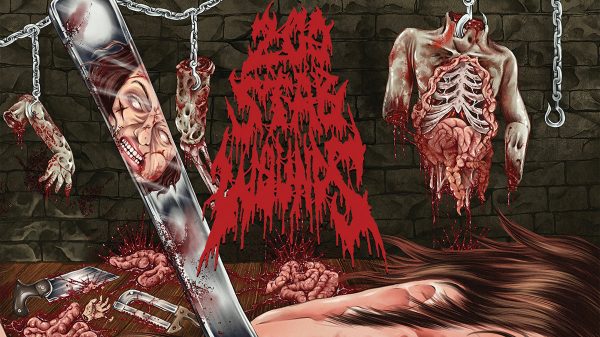