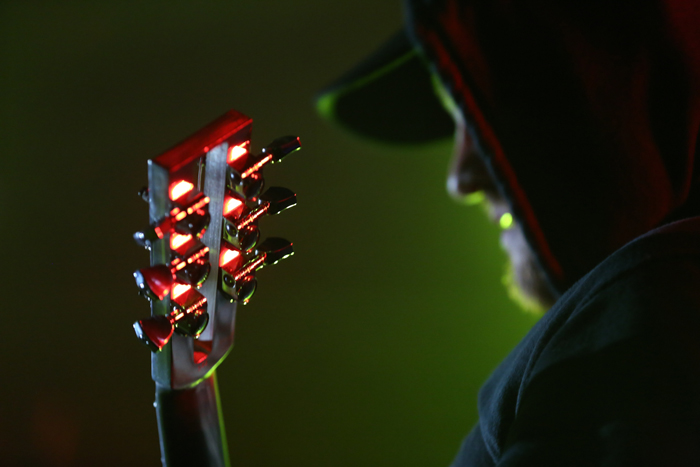 What made you discover the magic of playing slooow instead of playing any other kind of metal? Do you consider CONAN a metal band at all?
I do actually consider Conan to be a metal band – not like in the same vein as Judas Priest or Iron Maiden, who are in the dictionary under ‘metal band,’ but I guess heavy metal needs to be diverse and interesting, and I think bands like ourselves, yourselves, Samothrace, Slomatics, Sleep and High on Fire etc. all contribute to this diversity. If we all played like Judas Priest, it would be great, but not very good for the health of modern heavy music. Personally, I can’t do all that shredding stuff; I’m not a particularly gifted guitarist yet, I guess my ‘less is more’ approach helps me to make cool riffs outbid by one or two notes, circulating notes around a central rhythm or beat. Somehow it works for me to do that slowly or at a mid-pace. How long did it take to develope your own, unique style? A matter of years, or did you start playing like this straight away?

It kind of started early in 2006/2007 really when I wrote Krull / Satsumo / Battle In The Swamp / Temple of Mu etc. I wanted to make easy to play songs that I could play loud, kinda hiding behind tone and volume rather than trying to be actually good on the guitar. I was in a place in my life where I needed to concentrate on something positive, I needed a distraction from the self-destructive nature of my life at the time. Conan helped me a lot; it made me feel strong and capable of doing something, anything, that wasn’t being in my room feeling sorry for myself.

How did you guys like your first US tour? Next to the fact that you had to hang with me and Erinc all the time?

To be honest, none of us expected you and Erinc to be so charismatic and handsome ;). The tour was fantastic, thanks – we had some cool shows and some challenging drives, but I guess that is all part and parcel of the whole thing… It was cool playing the festivals, but also playing the local bars, feeling a part of the scene in the cities we played. All in all, it was awesome. What are the biggest differences in touring USA vs. Europe?

For me, the driving was pretty much twice as brutal in the US in general, but that’s an obvious one. From Conan’s perspective, the crowds seemed pretty much the same in terms of their attitude and responses, and the venues were all similar as the venues we have played in Europe. I guess one difference was the accommodation and hospitality at the US venues, which, for the most part, was low key or not there at all… But the reason we are there is to play songs and help people to enjoy themselves, so sleeping in the van with sweaty clothes on is par for the course, I believe. Do you remember any certain band we had playing with us that has impressed you a lot? Any recommendations for CVLT Nation readers from the US underground?

I thought Worship were cool from the show in Oakland, and also Hush were cool in Brooklyn. I really enjoyed Samothrace too, they were intense and heavy with great feel. Primitive Man (at MDF) were beyond heavy, I was intimidated by their sound at MDF, it was fucking INSANE. They were something else! Stay tuned for Part Two of this interview, CONAN Vs. MANTAR!
In this article:Conan, uk

via Vice Photographer Henry Jay Kamara talks about the Black Lives Matter movement and shows us images he took at an anti-fascist protest opposing... 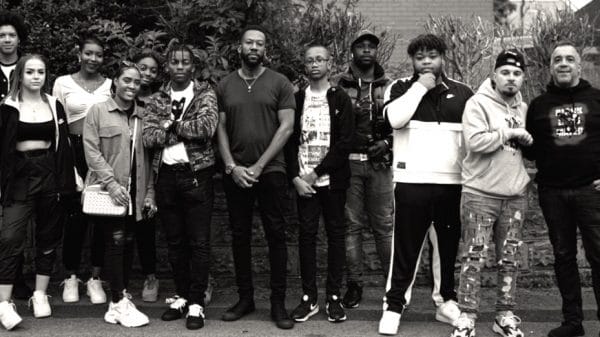 I just watched the new Jorja Smith video “By Any Means” and it’s moved me to write this feature! My heart is in pain...