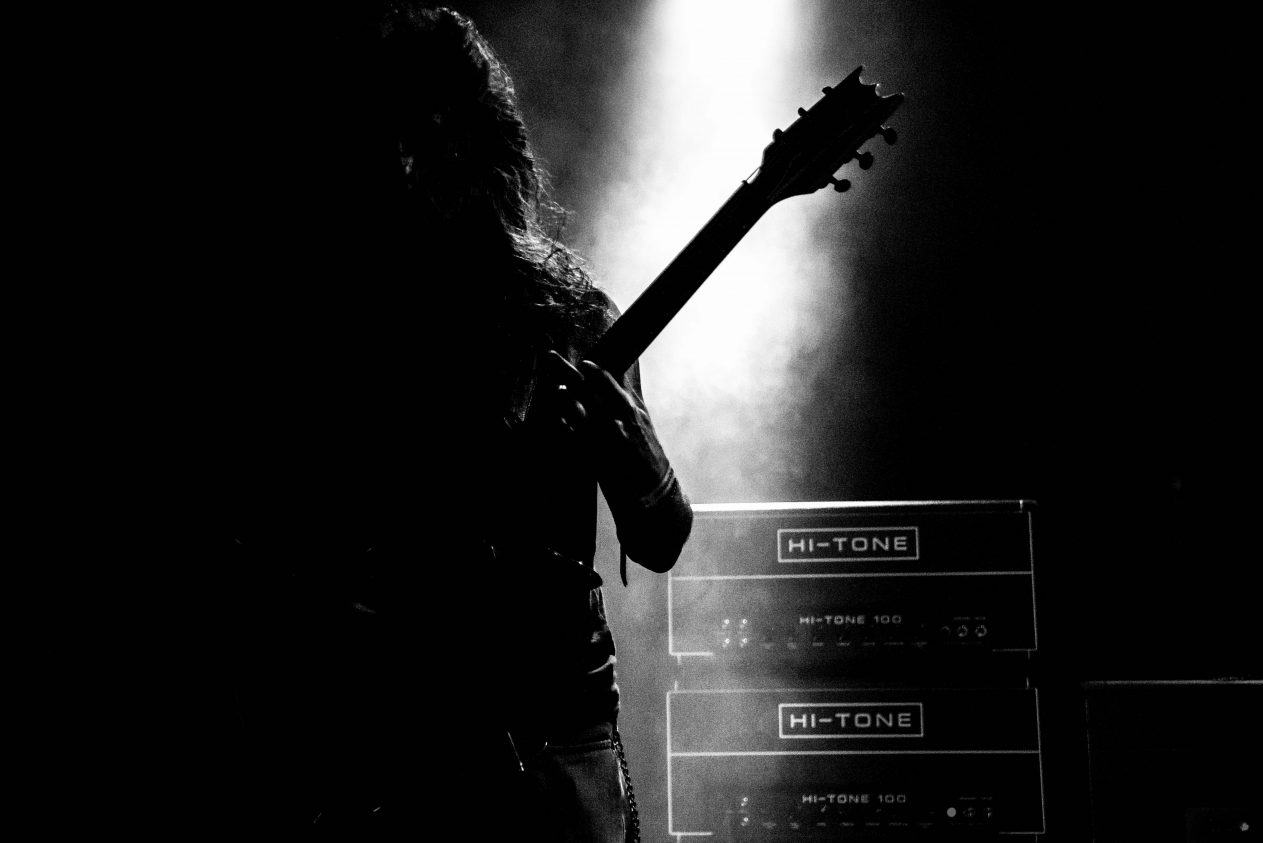 Mike Scheidt’s return to the stage at Northwest Terror Fest last month was a seemingly long-awaited event for YOB fans. Nearly five months after a sudden, emergency hospitalization followed by a live-saving surgery earlier in the year, Scheidt was eagerly preparing to once again play to a sold-out Seattle crowd. In between watching sets and speaking to and taking photos with friends and fans throughout the day, Scheidt was showered with the love and energy YOB has delivered over the years. With little evidence of fatigue or pain, YOB was no less of the revered behemoth of sound it has always been. Cheers and smiles were in abundance as the band charged full-speed through their set. We sat down with Mike Scheidt to talk about spirituality, lifelong inspirations and new material. Mike Scheidt: I’m doing well, thank you. Mentally, I’m doing fantastic. Physically, I’m at about 80% and that’s so much better than it’s been. It seems to be getting better.

Well, that’s good! Has your health situation over the past few months altered your outlook on music and life in general?

MS: Well, I’ve certainly been writing a lot. YOB material, solo material… I have, probably, almost two hours worth of music. Maybe more. Definitely a little bit of a perspective shift in my life. Some things have come into real crystal clarity, and it’s positive. Yeah, it’s positive. Also, things I need to work on have become apparent to me, but not in a bad way. It’s seeing it as an opportunity.

Advertisement. Scroll to continue reading.
Do you consider yourself a spiritual person?

MS: Yes, though the word gets so overused and there’s so much attitude around that word. I would say I definitely am, and I would also say that I subscribe to letting the definitions that we’ve created for ourselves be what they are, which is our creations springing out of the thing that we don’t understand. To me, that is more of where it’s at. I think sometimes people get hung up in their dogmas, positive and negative, and then the world gets a lot smaller all of a sudden. You have to take a lot of things for granted in order to want to kill somebody for a belief. To me, the fact that we can a breathe air, that our hearts beat themselves, that our lungs breathe, that we can inhabit these spacesuits and be here in itself is this inexplicable phenomenon. It’s not useful in a worldly sense, but it’s important to me to bear it in mind.

MS: There are so many… It’s almost like, where do you start? The ones that I consistently return to are Poison Idea, Cathedral (particularly early Cathedral), Neurosis, Will Haven (the Carpe Diem record in particular), Merle Travis and Doc Watson, Townes Van Zandt, Joni Mitchell, Pink Floyd, Burning Witch, Sleep, Daniel Higgs, Corrosion of Conformity (but particularly the punk era of Corrosion of Conformity like Animosity, Six Songs with Mike Singing, Eye for an Eye). Otis Redding as a vocalist. Roberta Flack as a singer and artist in general. I’ve been getting really high on Alice Coltrane lately. There’s so much. Over the years, how has this band and your own writing evolved?

MS: I think we certainly endeavor to evolve with each album, meaning we like to have a foot in where we’ve been, but we also like to have a foot in a new vibe. Each record has to have its own vibe that’s unique to it and with that vibe comes a different approach on a style or a riff or a vocal. We work hard on becoming better in general, and do a lot of vocal work and practice. We all do that work so that we become a better band, but we also become a better us. We don’t give it a lot of thought, other than we do scrutinize things to make sure they’re not too familiar. We want new records to be new records and they need to earn their keep in our discography. The most important thing is that we have to truly love it without anyone else hearing it. It’s not dependent upon approval or failure or anything in the eyes of another person. It has to be medicine for us first. We won’t put anything out until it’s that.

You were featured in the New Yorker recently. Does it surprise you that this band is as far reaching as it is?

MS: I don’t really think about it. Honestly, I’m not trying to be cheeky about it or act disaffected; it’s more that it’s an honor, an immense honor, but I view all that stuff with space around it. Lao Tzu, a Daoist philosopher, said, “Success is just as dangerous as failure.” Whether you’re going up the ladder or down the ladder, your situation’s shaky. If you keep both feet on the ground, you’ll never lose your balance. To me, we’ve done this for so long without anything like that and it’s nothing we’ve ever been ambitious towards or considered as a possibility. We’re not even convinced it means anything other than some people are really excited about it and it’s cool. It is cool. I just don’t know. I don’t know. I don’t know anything about it.  It’s an honor and a privilege and it almost feels like I’m already talking too much around it. It is what it is and we always feel fortunate and we count our blessings. We still have to keep our nose to the grindstone and work on the music and keep our friendships healthy and music healthy and the band healthy. Nothing changes that. What do you feel when you play music?

MS: Whatever I feel in the moment when we start. Love. Gratitude. Sometimes you’re frustrated or tired or struggling with something. Low energy or anxiety. That’s the springboard where it starts before jumping into the pool. The pool is the entire environment – everybody in the room. The hope is that we all create something really kickass together. That, generally, is my focus and I try not to think about it too much, because I don’t want to put on an act. That puts a limit on it because I’m always trying to hit that certain, exact thing that worked really well in the past. That doesn’t allow for a potential, new experience. It’s just trying to leave it as open as possible.

What do you hope others feel when they listen to your music?

MS: I’m open to whatever anyone feels. I don’t have any hope around it. I think whatever a person authentically feels, if they can go on the ride with us and we can create a shared feeling, that’s amazing. Obviously, we don’t want to bum people out; that’s not our goal. Though there are some bummer bands that I really like, so I’m not knocking being a bummer, exactly. Our path is we want to create a sense of suspending time for a little while and have it be something that we all feel good about. Both of your bands [YOB and VHOL] are playing Psycho Las Vegas later this year. What are your plans for the remainder of 2017?

MS: Working on new music – solo and YOB. We have a lot of YOB music. A lot. A lot. We’re just spending pretty much all of our available time working on that. I have a bunch of solo music that I’m distilling and would like to record as well. There’s still a lot of healing that needs to happen, so getting through these shows is an exercise of caution and catharsis. I’m not going to be able to do what I normally do, which is I’m normally very much in the crowd. I have to be careful with my energy because I haven’t done this yet. It’s the same with the New York shows and Psycho, though maybe not as much, since that’s still a couple of months down the road. I just have to make sure that the shows are good and that I’m not overdoing it and then impeding continued healing, which then would impede being able to work on music. I’m not used to being cautious with my voice and stuff, but I’m not used to hiding. I’m looking forward to moving past that.