May 25th 2018 – Modified Ghost Festival – The Rickshaw Theater, Vancouver, BC

This was one of my bigger shows to date, and I made sure before leaving the house
that I had all the gear I would need to capture the essence of this heavily stacked bill.
I was giddy on the whole bus ride over, and could not wait to burst through the double doors of the Rickshaw, and enter the abyss that was the Modified Ghost Festival, Day 3.

Vancouver locals Seer opened up the night and set the stage for the evening. I had witnessed them before, but it was quite some time ago. I was pleased to see they had added a second guitar to their arsenal, and their sound still had the same brand of dark and heavy slow metal. Their entire set was backlit, and as a result I was able to catch some pretty cool shots with the unique lighting. The atmosphere really assisted in personifying their music, and making the entire set an epic experience from start to finish. I had heard about Hoopsnake and witnessed their name on different show flyers in the various dives around town. I was glad to see they were put on this night as I had been meaning to catch them for quite some time. They killed it! Their groovy brand of dark rock/metal kept the crowd
on their toes and banging their heads throughout the whole set. A perfect mix of catchy riffs, raspy vocals, and melodic solos. Bushwhacker rips. What a great band. Fast and punchy metal, with perfectly placed riffage, and well composed songs make this band a really awesome to witness.Also a ton of fun to photograph, as these guys are clearly loving what they do. They meld several different styles so cleanly that they have managed to forge a brand of unique metal they can call their own. Arguably the most diverse band on the bill, Dead Quiet was another band I had been wanting to witness live but had not gotten around to yet. Dead quiet falls somewhere within the spectrum of doom and rock, and delivered a set that left the crowd wanting more. One of my favorite parts about this band is the use of the keyboard in their music, it compliments the sound so well and really helps them to stand out from other bands. Electric Citizen was my favorite set of the night. I had not seen a band as unique as Electric Citizen in a really long time. They have a modern rock n’ roll sound,yet stay true to bands of decades past, and their aesthetic compliments their music perfectly. Think Heart meets Black Sabbath, but more psychedelic and heavy. Also more impressive was that this band was a four piece, yet they sounded like a six piece, and they effortlessly kept the crowd mesmerised throughout the duration of their set. If I could describe Yob in one word, it would be ‘crushing’. A downtuned brand of heavy doom riffage compliments structured song writing that can be felt on every track. The impressive part about this band is that they have released 8 full length albums, and the writing has not even begun to grow stale. You could really feel the heart and soul of these individuals being placed into every minute of their performance, a perfect band to just stand in one spot and watch. The Headliner of the evening did not disappoint. Bongripper’s sound was so massive, I had to steady myself to get a clear shot when standing in certain spots of the photo pit. The sheer magnitude of this bands sound cannot be overestimated. The riffage was utter downtuned destruction and it was a real treat to see everyone in the venue slowly rocking their heads back and forth to the sonic force that was Bongripper. 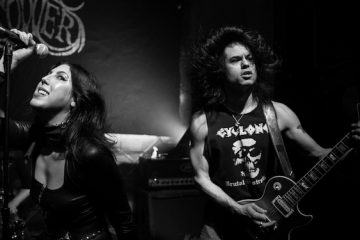 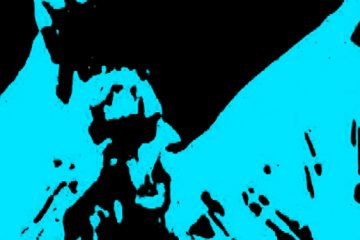 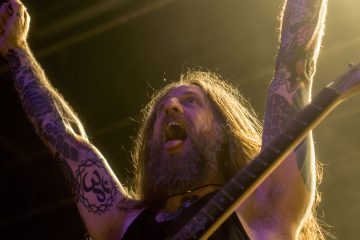