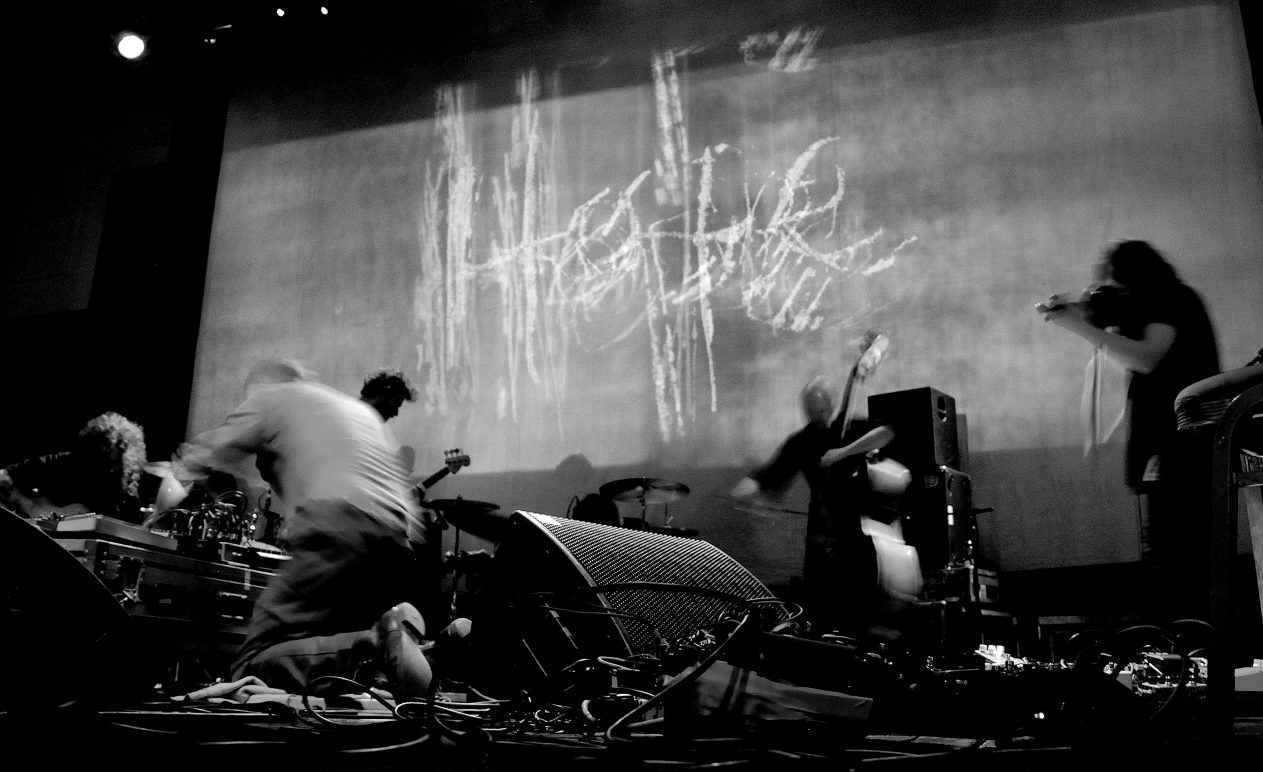 “An end to foreign invasions, an end to borders, the total dismantling of the prison-industrial complex, healthcare, housing, food and water acknowledged as an inalienable human right, the expert fuckers who broke this world never get to speak again.” Godspeed You! Black Emperor’s demands, attached to a press release for the band’s new album, Luciferian Towers (Constellation), give a simple, concrete and direct message: we are back and this world is a big mess.

Godspeed You! Black Emperor create political messages with their lyric-free sound. Everything seems dark and poetic, but there is always a hope. They are doing what they do best: atmospheric, droning and brooding instrumental rock that swallows up your soul deeply. Sometimes impenetrable, ultimately beautiful.

Their live sets are an exultation of different sounds which are miles away from chaos. Godspeed You! Black Emperor play a set with enough drama and high tension to stand up for almost two hours. If you have the chance to see them live, prepare yourself for an extreme journey deep down the darkest corners of human feelings.

All these pictures were taken during Godspeed You! Black Emperor show in London at Troxy. 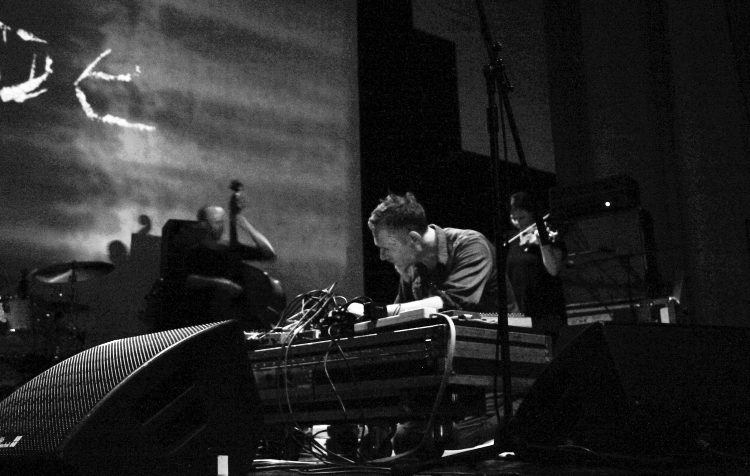 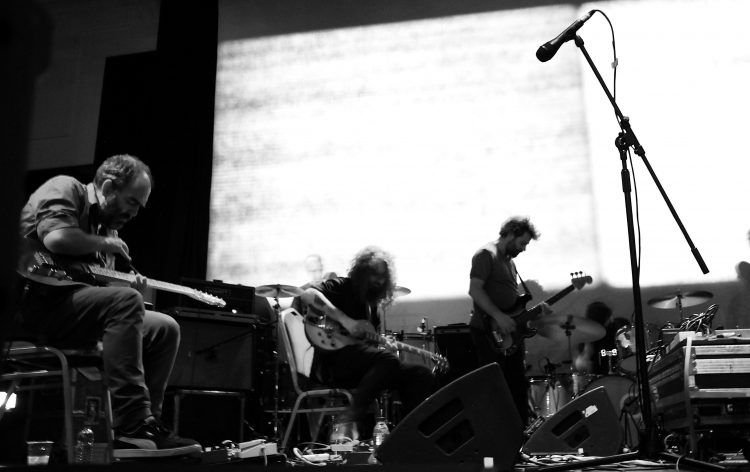 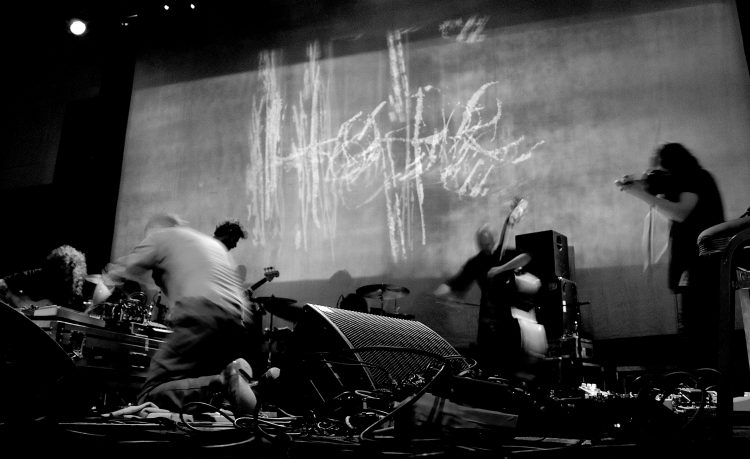 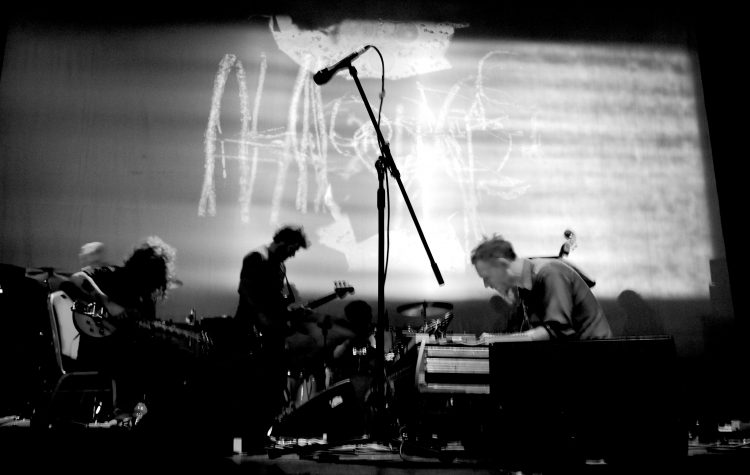 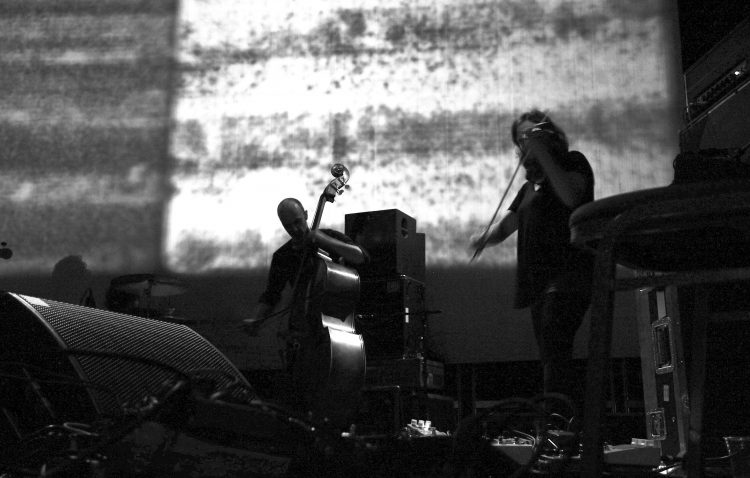 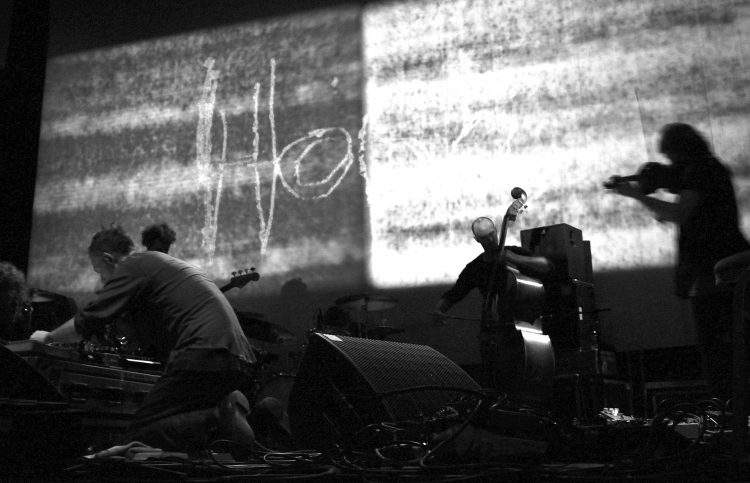 Watch The Hopeful Despairing Post Punk of QLOWSKI “A Woman”

I’ve been waiting all my life for the world to change. As a child, I remember sitting with my dad’s work colleagues at a...