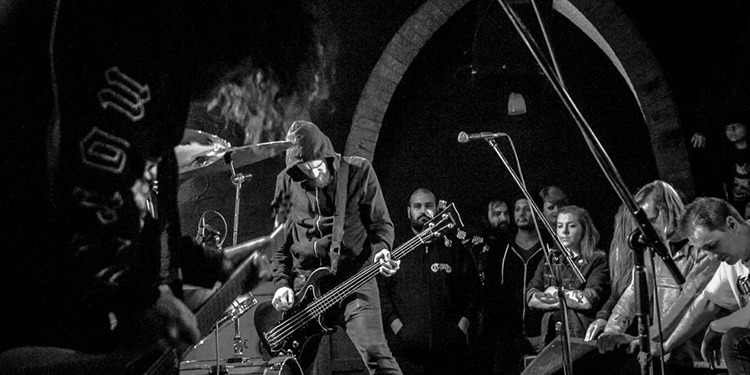 It’s Saturday the 13th of May, and the Astoria is about to get torn a new one.

Local quartet Heron cast the audience into a swampy miasma with a crushing start to a night of post, doom and sludge by mixing the latter two (and a dash of black metal riffs for good measure!), thanks to some seriously huge drumming, along with trudging low and high guitar tones, behind frontman Jim with grunting vocals and flailing arms. These guys never fail to impress and in fact seem to just get better. Seven Nines and Tens deliver a compelling blend of mostly instrumental ambient post rock rising up to an almost uplifting sense of zen like state and then descending into the void with devastating chords, licks and crashing cymbals. They finish with a scintillating new song that was well received by the excited crowd, and a cheeky teaser for what is yet to come… Next up are local trio Mendozza, who add a little more groove to the night, but are by no means any less heavy. With the same tiny drummer from Heron playing massive beats, psychedelic vocals are followed by enraged howls alongside chugging guitars and the crowd enthusiastically head bang along. Hailing from southern Arizona (obviously), North immerse the crowd in an enthralling performance of sludgy post metal (the best kind of course), which for this delighted reviewer appears heavily influenced by the likes of Cult of Luna and Neurosis, and is to be the inspiration behind buying the vinyl and playing it non-stop for 2 weeks. Finally it’s time for Liverpudlian (UK) titans of battle doom Conan (who in fact coined the phrase “caveman battle doom”), who crush skulls as they play a thunderous set of delicious sludgy, unapologetically heavy doom riffs to a gleeful, manically-grinning audience who thrash their heads and (if they have it) hair to the mostly slow, sometimes fast, but always epic soundscape blasting from a towering stack of orange amps. Heavy as fuck guitar and drums are awesomely contrasted with the soaring, almost ethereal chanting vocals of Jon Davis (not to be confused with a certain nu-metal band) evocative of the call of warriors wielding axes and swords and riding into battle on great elephants.

By the end of the set, and as each song built to a faster, heavier climax, the manic crowd had been whipped into a frenzy of wild abandon and many (including this reviewer) were left in a mind-blown state agreeing that this was a good contender for one of the best shows of the year, and it is certainly made clear how these ever-growing legends have become a big heavyweight (pun intended) in the worldwide doom scene. 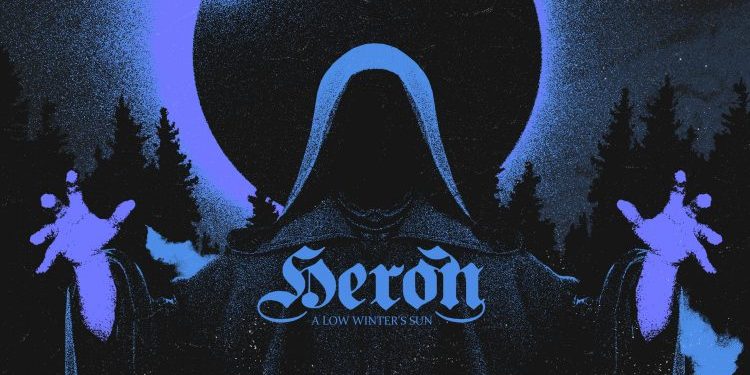 Last year I got to see HERON live for the first time, and I was super stoked to find yet another local band to...