The three-headed Hydra of 3Teeth, Ho99o9 and Street Sects descended on the Great American Music Hall in SF, and it was a full night of genre-pushing industrial strength noise and power.

Austin’s Street Sects not only pummelled our collective eardrums with a overwhelming set of industrial thrash/noise, but the persistently billowing fog machine and blinding strobes overpowered the senses to an almost unbearable point.  Which is exactly what they were trying to do.  Sensory overload, and it was fucking awesome.

Ho99o9 are a fierce and powerful unit, existing in a musical genre of their own making and definition, combining hip-hop and punk rock in dizzying and mindblowing combinations.  In, around, and on top of the audience, goading and encouraging the punters to let loose and spark a little chaos, frontmen Eaddy and OGM have a synergy and fuck-it-all attitude that makes Ho99o9 an irresistible force.

LA’s 3Teeth occupy a musical space somewhere between early 90’s Ministry and early 2000s Marilyn Manson with an arsenal of chug chug guitar riffs, rock star poses and industrial metal attire to match.  They’ve got a solid & committed fanbase and track record of crowd-pleasing releases (including the brutally huge collab with Ho99o9, “Lights Out”), and the crowd was definitely pleased.  They’re a solid band, but were arguably upstaged by their tourmates and counterparts Street Sects and Ho99o9. 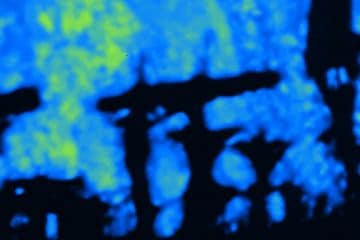 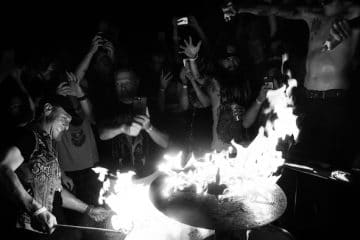 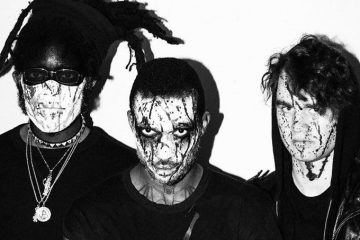 Listen to the New Incendiary EP from Ho99o9 “Cyber Cop”