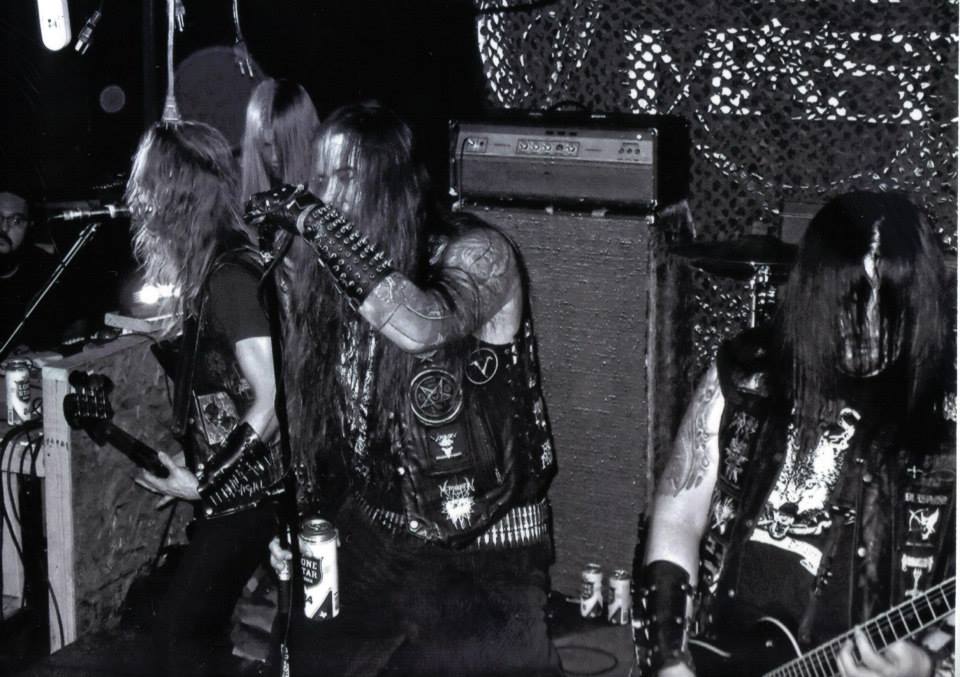 We recently caught up with Carl Snyder of  the San Antonio based black thrashers Hod to discuss the creation of their newest slab of infectious vertebrae-crunching metal The Book of the Worm, along with the current state of black metal and the Texas metal scene.


What stands out about Book of the Worm is how aggressive and hateful it is, What was it like to maintain that kind of energy throughout the recording of the album ? Was it an exercise in catharsis for you?

Carl: Aggression is the natural emotion for us. We had some built up frustrations from setbacks, but it was pretty natural. It’s what we do when it’s time to go in and get into Hod mode. Speaking of aggression, the vibe at time really reminds me of early first wave of black metal like Venom and Merciful Fate, mixed with some of the German thrash that came out of the 80’s . Would you say those were your primary influences?

Carl: Yeah, you pretty much summed it up. A lot of the old stuff. Kreator, Dark Angel, Merciful Fate, Morbid Angel – we draw from thrash. From day one we mixed all those things.

How was the recording Book of the Worm different from recording Serpents?

Carl: For one, there were line-up changes. the original drummer quit and then we also go a new bass player. For Serpents, we were five guys who just started a band. We had some riffs, but we just knew we were going to be a metal band.  We didn’t know where we were going with it. With Book of the Worm, we had already found our niche. So the recording process was smoother. We have matured enough for it to me a much more defined collaboration. With Book of the Worm we  had a much better idea of what we wanted to do. You guys just played the Embrace the Darkness Festival, What other shows are you doing to promote the album any tours in the works?

Carl: We played the Embrace the Darkness Festival on Sept 19th with Sardonic Witchery. It was initially just going to be a CD release show with them and then it got bigger as more bands were added on. Witchhaven made it out, and then we had two other bands. As far as other shows to support the album, we have a few regional dates booked before the end of the year. After the New Year, we will be shopping for tours to hit the East and West coast, and if nothing comes up then we will put together something ourselves.

What are some of the lyrical themes to Book of the Worm?

Carl: Lyrically, we encompass quite a bit. There’s a Lovecraftian element. Writing about unseen horror that even pre-dates Satanism. For the most part, the music comes first and the lyrics won’t come in until last, so that’s when it happens.

So now that you have had some time to let the new album sit, what are your thoughts on it?

Carl: Happy with it and to close that chapter. We are hardly taking a breath in between albums this time as we already started working on new material.  We were happy to have Stewart Lawrence from Agony Column come in to help mix it.

What are your thoughts on the state of black metal today and where do you see Hod’s place in it?

Carl: A lot of people think of us as black metal, but we think of ourselves as death metal. Perhaps if we are death metal, I would lump us in with bands like Destroyer 666 or Sadistic Intent. We have played with a lot of black metal bands. But we are not symphonic; just heavy, evil and fast. Black metal has become saturated with garbage. There is a lot of crap out there kids are calling black metal because it’s trendy. I don’t really care about fitting into any trend. More often than not, we march alone.

Black Metal was cool back in the 90’s . Now there is a lot of shit, just singing about Satan and throwing on corpse paint, it’s not the same. Hopefully it will fade away and go back to what it once was. What are your thoughts on the direction metal is headed?

Carl: The music business is about politics. Playing favorites. There are underground and independent labels not looking at bands as bands, but as hip trends. The closeness and camaraderie has died. But that is not to say there are not a lot of good bands out there. We go on tour sometimes and play with these bands that are amazing and just killing it, and I wonder why is it no one has heard about these guys.

Carl: Yeah, there is a lot of music out  there. For every ten crappy bands, there might be a good one, but it often comes down to bands that don’t put themselves out there. If we are not out there playing I get antsy and frustrated. We’ll drive 24 hours to play a gig, then go right back home. Some people might think it is crazy, but I see it as I am loading up with my band to play with my brothers and we are going out to destroy.

What’s the metal scene like in Texas these days?

You brought up working on new material, is this going to be a continuation of the path you embarked on Book of the Worm? 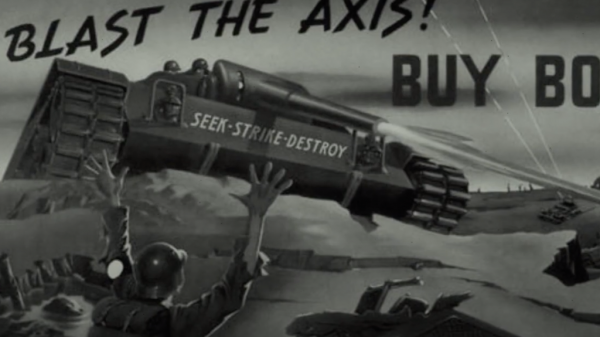 If you’re looking for a hearty riffilicious meal to dig into, look no further than our premiere of Suppressive Fire’s “Armored Division.” Their blackened...