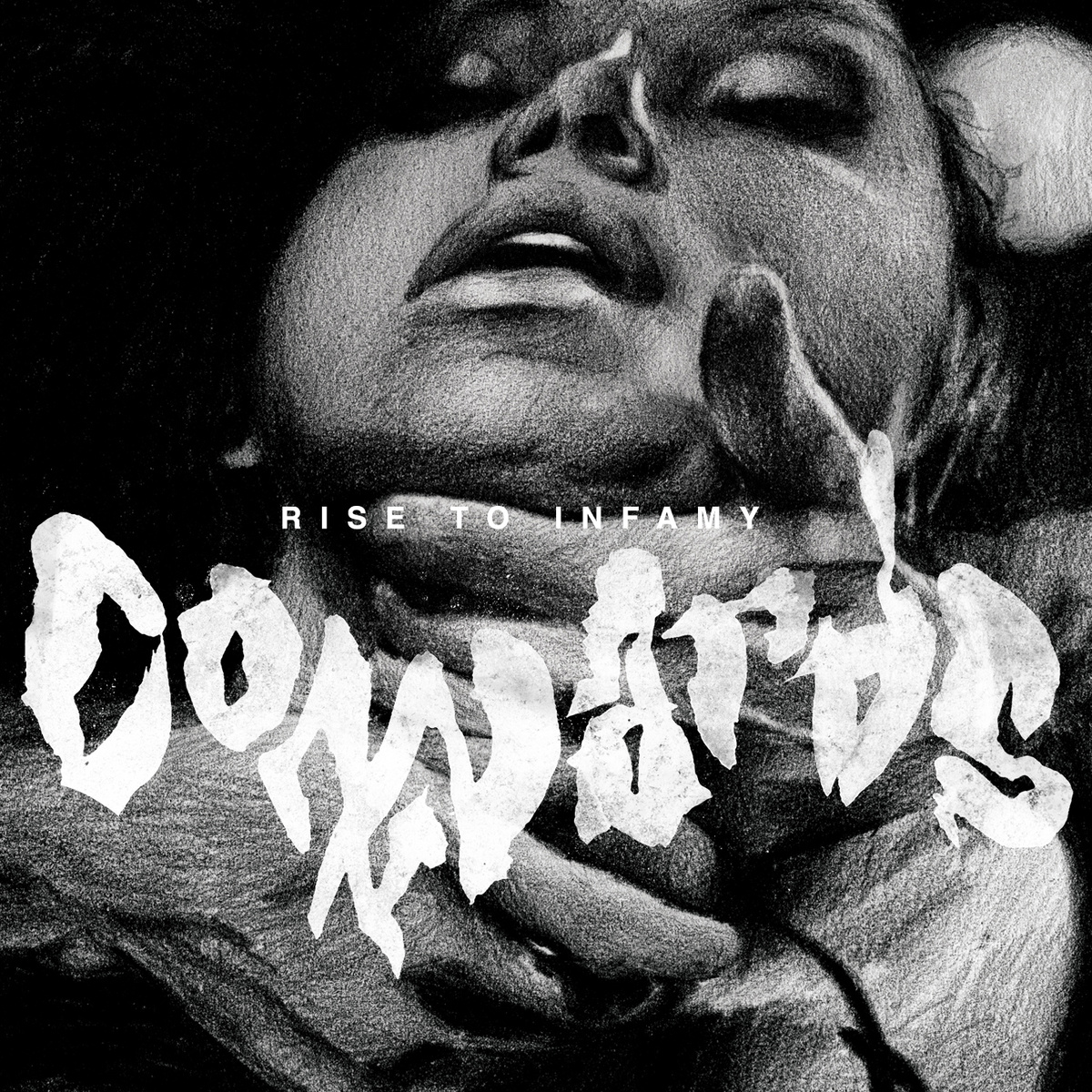 The image is a head bent backwards, with some choking – maybe some throat cutting – or maybe just a gentle caress, what do I know? This reminds me of their latest artwork for their EP Hoarder, this same position with a life-threatening situation, except now the threat comes from another person. Anyhow, Rise to Infamy is the third release by Cowards, still on Throatruiner Records, and their second full-length. I grew to like their sound quite a lot on their first records, but I was afraid that with this one, ten tracks would be too much for their abrasive sludge. I’m glad that my fears were unfounded. I have to say, even if they kept the same core in terms of musicality, the album is really different than the previous ones. There is much more chaotic hardcore going on, and they have a lot more fun jumping from a slow sludge atmosphere to a more speedy blackish hardcore. I love it.

Overall, the ambient slump will only make you feel uncomfortable if you’re not familiar with their work. It’s absolutely a record to listen to in the dark – but I was more ill-at-ease with Hoarder, as it made me want to sit in a corner waiting for the darkness to take me. Maybe it’s just me, maybe I just listened to so much dark stuff that nothing has that effect on me anymore, but with Rise to Infamy I’m just dying to embrace that darkness, embrace that chaos surrounding me, and I most definitely want to be a part of that rising infamy. Well, you could even say I goddamn want to be the infamy.

It is very coherent as a whole, but there are some high points, like “Birth of the Sadistic Son,” a pure monument to mayhem, or “Never to Shine” and its awesome riffs. I can also give a shout out to some of their more groovy tracks, like “Low Esteem” for example. The only real flaw I could find is the lack of a more ambient song to give some air to the record, but it works fine that way (it only last 40 minutes).

Like all of their work, it was recorded by Francis Caste at Studio Saint-Marthe (who also recorded some Comity, Revok and Arkhon Infaustus), and it sounds as filthy as it can get. If you’re in to this kind of black/hardcore scene, you should check the three songs that are out on their Bandcamp, because the official release isn’t up until February, so bite your nails till then.