Imagine that you’re driving across the United States with $2500 in cash. Maybe it’s a deposit on a new apartment; it doesn’t really matter – it’s yours and it’s all legally acquired. You get pulled over. You weren’t speeding, but this stretch of highway has been used by drug runners before, all of whom were regular people driving regular cars, just like yourself. The fact that you’re not doing anything suspicious is highly suspicious. When they discover the cash their suspicions are confirmed – you are now definitely, definitely involved in the drug trade, but you’re not under arrest or even accused of a crime. Your $2500 cash is gone, though, but the local police department doesn’t have to stop there. Since your car was being used to transport the money, it can be seized too. Your phone could have been used to call your drug cartel contacts, so it belongs to them now. You’re not on trial: your car, phone and money have to prove that they are not involved in anything illegal, leading to bizarre legal cases like State of New Jersey v. One 1990 Ford Thunderbird.

This is civil asset forfeiture, and it brings two billion dollars in to US police departments every year, with more coming in to the Canadian provinces that have also adopted the practice. The idea seemed logical when it started in the eighties at the height of both Reagan’s get-tough-on-crime rhetoric and the birth of the crack-cocaine epidemic: allow police to seize the Escalades and white tigers drug dealers were buying – don’t just take away the guns and kilos of uncut Peruvian flake, but also the plastic baggies and weight scales, all the mundane items that make the drug trade possible. The money was supposed to be funneled back into law enforcement; drug dealers would do time in jails paid for by the proceeds of their crime, instead of taxpayer money. In practice, because there’s so little oversight on where this money goes, it is used for Christmas parties, flowers, crab cakes in champagne sauce or a new security system for the DA’s home. These were justified as measures to reduce turnover. A small town Sheriff who seized a Rolls Royce from a drug dealer ended up using it as his personal vehicle. In Monroe, North Carolina, police proposed buying a surveillance drone with the cash they’d seized.

The big ticket items might make the news, but civil asset forfeiture overwhelmingly affects the poor. Guilty or innocent, the rich can afford lawyers, whereas the poor have no option but to not contest anything the police want to throw at them. For this reason, local police departments are filling up with phones, DVD players and pocket change. If I wasn’t so certain that police officers only want to protect and serve their communities and would never use their powers to enrich themselves, then I might suggest that a large number of small seizures makes it easy for items to go missing.

Like much of the drug war, civil asset forfeiture is a feedback loop. The funding that it adds to police departments is used on more expensive and sophisticated equipment, used for finding new sources of funding. The money embezzled for fancy parties and football tickets encourages the worst kind of people to become police. Because they can’t spend all of their seized money on crab cakes, they find ways to spend it on toys: military surplus guns, tactical armour, high technology. As anybody who has turned on the TV lately has seen, there are serious consequences when the police see themselves as an occupying force. Money taken from poor communities keeps them trapped in cycles of poverty, where the only way to make fast, easy money is the drug trade – unless they have their homes seized (it’s easy to turn a house with the faint smell of marijuana into a ‘drug den’), in which case they’re out onto the streets. Even those with the means to fight can face hundreds of thousands of dollars in legal fees with no guarantee that they’ll ever see their assets again.

The problem isn’t an easy one to solve. There really are some assets that need to be seized from actual criminals, and that money could go to supplement the already over-stretched budgets of police departments. Making police departments account for every cent that they receive from civil forfeiture, including information on who they’re getting it from (including their race) would go a long way to preventing the worst abuses, but right now police departments whine that recording the details of every person they kill is unnecessary interference. This looks to be another awful thing that powerful people do to powerless people, one which we will just have to put on the back burner until things get better. 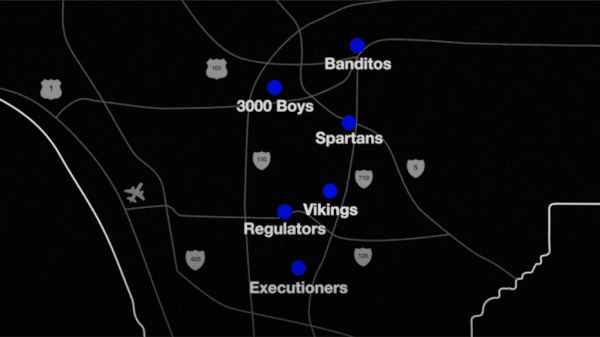