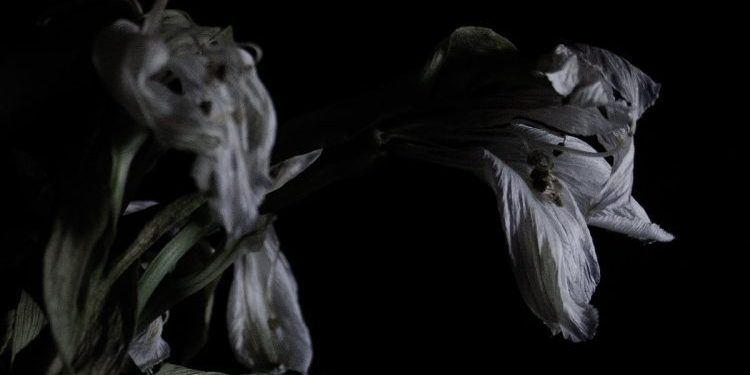 Cavernlight begun as the completely personal project of Scott Zuwadzhi and Adam Bartlett, with only the desire to create fine dark, atmospheric music and with no need to take the band live or record any music. Thankfully that mindset did not last, and nine years after their inception the band released their first album in Corporeal. Flying a bit under the radar, Cavernlight produced an excellent work of experimental doom, with heavy sludge leanings, drone overlays and noise injections.

The return now with As We Cup Our Hands… finds them at a slightly different place. Between albums Cavernlight display signs of maturity moving their sound into new directions. In principle the act’s foundations are heavily planted in doom, with an experimental drone/sludge twist, something that separates them from the purist approach. The opening track sets this tone, starting off with the noise elements and then bringing in the drone/sludge perspective into the existing atmosphere. However, they are also able to accommodate further elements into their melting pot, with tasteful doses of black metal ferocity as well as post-rock enhancements.

The mood of the album always remains dark, but it comes in different shades. At times the ambiance is thick and asphyxiating, heavy riffs coming down with a slow, glacial progression underway. This is the band at their darkest and most devastating, applying post-rock notions to produce a grander result, or using ritualistic drumming to achieve an otherworldly tone. But, they also approach the music with a more sorrowful outlook, providing a sense of melancholy in tracks like “To Wallow In The Filth…” moving into a doom/death area. The melodic elements are an expansion of their previous experimental self, adding brilliantly an extra layer to an already rich sound.

The winning factor however is the progression of the album. The band bases its creativity by channeling their personal experiences through the movements of this album, fighting towards a cathartic end. This dim story begins with the most crushing tracks placed first. The opening track and “Constructing A Spire…” is Cavernlight at their most primal, with slow progressions and a heavy dose of dissonance. Drone elements are prominent and noise crafts the background, implementing a black metal edge when necessary. The interlude in “Wander, Part II” settles things down, providing a break from the grimmer moments, but also a connecting bridge to the second half of the album. Especially in “To Wallow In The Filth…” the band is at its most melodic, something that also washes over the start of “A Shell of One’s Former Self” and the beautiful ethereal vocals. As true pessimists however, Cavernlight provide a blazing end to the track and the album, fusing their doom with black metal to create the most brutal part of the album.

The combination of sounds and elements in As We Cup Our Hands… is excellent, and the process of maturity has definitely worked for Cavernlight, leaving behind some of their experimental edge (you will not hear at track like the 26-minute long “Through the Fog” from their debut in here,) and taking a turn for the more melodic has expanded the band’s identity. But it is how they mirror the process of catharsis through the progression of their album that really takes this album to a different level. In this article:As We Cup Our Hands and Drink from the Stream of Our Ache, cavern light, Cavernlight, gilead media

I won’t out the media outlet I came across that, merely a week into our eleventh month, foolishly teased their “Best Of 2018” list....

As you well know, this has been the Summer of Thou.  Three EPs, a full-length and a split still on the way, their already... 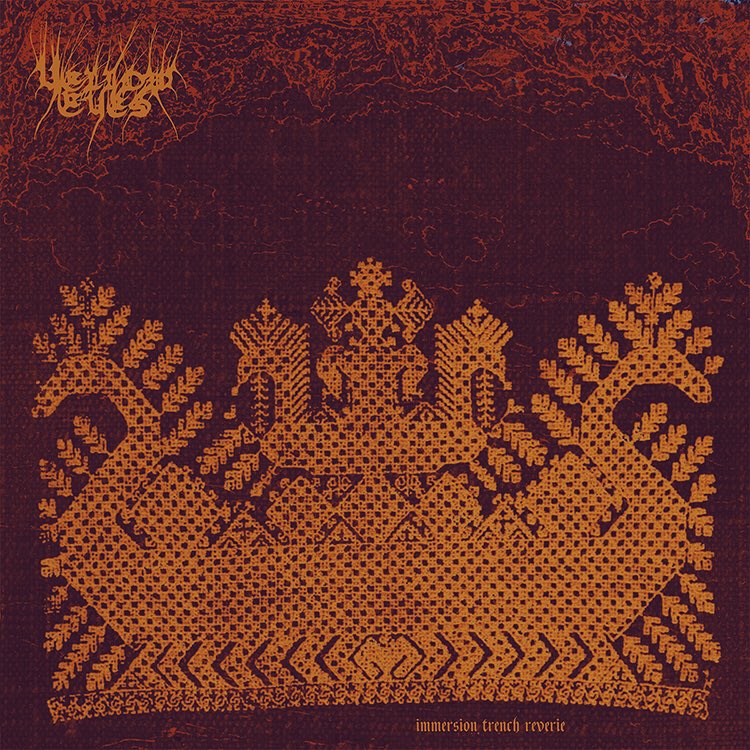 Building arcs in your work is not easy. Yellow Eyes are returning two years after their excellent third full-length, Sick With Bloom, an album...