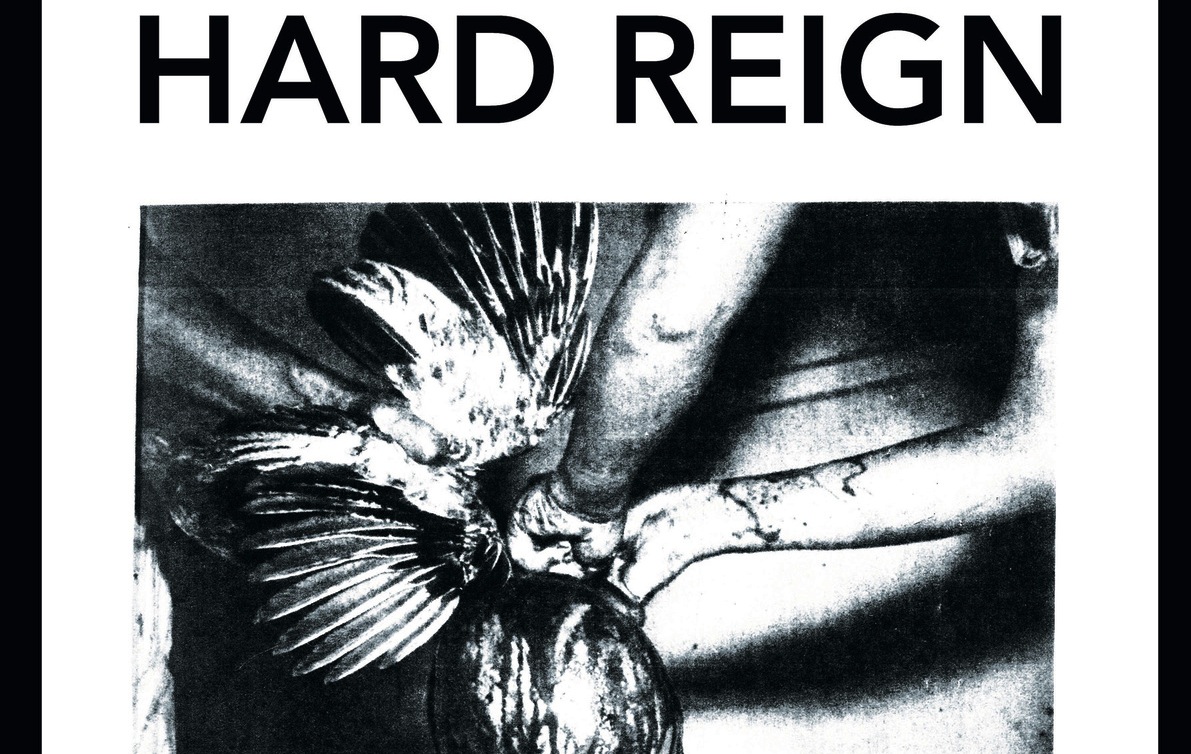 Once you get past the fact that “Neo Folk” these days generally means owing the totality of their sound to Death In June, there is some compelling stuff out there one of those being the mysterious duo Hard Reign. Hard Reign doesn’t let the Death in June influence stop them in their tracks. They took it and ran to some dark, drug-drenched alleyways. In fact, calling this “doom folk” might apply more to these guys, even when the guitar picks it’s strum up over a dirge-like pace. They throw a coat of noise on the songs and let it drip off the solemn melodies.

The album opens on a dark note, and then the going gets weird. “Sexual Reassignment” has a grim drone, with feedback crying out into the sunset. “Two Wolves” warms up a few degrees the rather cold, confined place the vocals sit in the song. They have strange space noises that flutter about. The distorted vocals against the strum of acoustic guitar sets an interesting stage for the album to unfold. They are not afraid to experiment with weird space sounds whizzing around like some of the strange things you pick up from the corner of your eye during an acid trip. This might be called psychedelic by some. The militant campfire strum of “Penned By the Puissant” is one of the few songs that really feels like folk, neo or otherwise, since a stark post-punk militancy overpowers the jangle of guitar more often than not. They whisper a few prayers in “Serpents of God,” but the little bass-driven ditty is more of an interlude. The anti-religious sentiment continues to be explored in “Camouflet” that follows. The vocals take on more of a monotone chant than drones against the strum of folk guitar. The guitar then begins to take the back seat to the more soaring sonics. The backdrop of white noise eclipses it, dissipating the vocal chant. Metallic swathes of harsh noise churn to create an almost industrial effect. “Winter’s Ash” continues down a similar dark and droning path. The oppressive weight of their ominous atmosphere grows close to almost capturing a classic Swans feel. The album closes with “When My Bayonet Turns Red,” which is folk oriented while sounding like one of Pyschic Tv’s more glum moments. The lyrics are obviously a reflection of war and the first that really stand out, even after repeat listens. War and violence seem to be common themes, images such as the killing fields crop up through out the album. They are heavy in the fact their music carries an emotional density, and this is a band I will continue to follow with future releases.