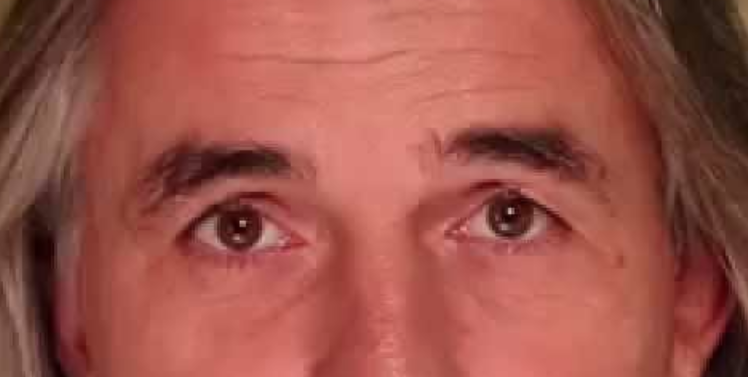 **AUTHOR’S NOTE**
The intention of this article is not to accuse someone of a crime, but to posit a question that deserves further inquiry.

In 1995, just as the Croatian War of Independence is coming to an end, two men from the small, post-war country sit side by side on a beach together in South Africa. They are celebrating the end of the five-year-long war that has plagued their homeland – rejoicing for a hopeful new future, as well as their soon to be profitable place in it. One of the men, Ivica Prokic, is a renowned Serbian economist and self-proclaimed prophet. He had garnered a following in Croatia for his oratory and healing skills, and self-published a book titled How I became a Prophet.

The other man, Josip Grbavac, was also a successful economist. His wife had told him about Prokic and suggested they attend one of his sessions (which often drew thousands of attendees). He was so moved, Josip stuck around after the session to talk to Prokic, and wound up becoming his student. Prokic saw such potential in Josip, he later gave him the nickname Braco, or “Little Brother.”

As the two men sit by the ocean together, gazing out to the horizon, Prokic took off all of his trademark gold jewelry (which he was never seen without) and his wallet and placed them onto the sand beside him. Moments later, a rogue wave emerged from the belly of the South African shoreline and swallowed Prokic, leaving Braco intact and his jewelry and wallet unscathed. Braco’s Wikipedia page at one point stated that Prokic’s body was found, and had “multiple gashes in the lower abdomen.” At least, this is the story as told by Braco himself, while the consensus seems to be that Prokic died “under suspicious circumstances” and has been left at that.

Braco, to those unfamiliar, is now a worldwide sensation who has garnered tremendous attention on the internet, a celebrity following (which includes the likes of Naomi Campbell and Alan Cummings) and was even honored by the United Nations for his efforts in World Peace. His healing sessions, although he dissuades followers from using such terminology, consist of him standing on a stage for ten minutes and staring warmly at his audience, akin to how two spouses would gaze at each other while exchanging their wedding vows. No matter the country, his audiences seem to overwhelmingly be made up of middle-aged women in mumus, who often cry at the very sight of Braco. His following is indeed global, and furiously devoted to the reported benefits of attending his sessions. In Croatia alone, he draws an estimated 200,000 people to his sessions every year — all of whom pay to experience his gaze unless he offers a “free healing”. His followers claim Braco’s gaze can cure any malady, ranging from cancer to physical handicap.

Very little is known about him beyond that he is married, has children, was a former economist, he smokes, loves to eat meat, and has a glorious set of eyeballs. No major statement was ever made by Braco regarding his mentor’s death, but when he returned home to Croatia, he found himself presented with a wonderful opportunity in a new country that was desperate for some sort of spiritual leadership, as Croatians gathered themselves in a post-war reality. Prokic had served that role for the Croatian people for over a decade, and naturally, people looked to Braco to fill his shoes. The shoes fit, so to speak, and the hope-hungry Croatian people eagerly accepted Braco as their new spiritual leader, especially since Prokic very publically displayed adoration of Braco’s ocular “gift”. When word of one of his sessions got out, thousands of people flocked to the venue carrying flowers, photos of loved ones, and their tender, heavy hearts. An admission fee is often required to attend one of Braco’s session.

Braco has not shied away from making his gaze a lucrative one. His website store, while claiming he has a direct connection to the sun, offers numerous DVDs you can purchase to bring the gift of Braco’s gaze into your home that consists of footage of a pensive, broody yet comforting Braco walking through forests, on beaches, and of course, gazing into the camera while soft piano music echoes in the background like a dentist’s waiting room. You can also pay to view one of Braco’s streaming sessions, where he gazes into a webcam and directly into your soul at the convenience of your nearest WiFi connection. You can also purchase jewelry with his sun ray logo on it for a cool $5000, or a 24kt gold version for $9000. Before his sessions, it is not uncommon for one of his employees to stand on stage and tell the audience about the benefits of wearing such necklaces, including that “everyone will be nicer to you.”

A striking detail, as mentioned, is that Braco is indeed a silent man. He has never given an interview and stresses the distance he keeps from his subjects. He does not speak to, diagnose, touch, or interact with the audience beyond eye contact, and often in a crowded hall with hundreds or thousands of people, direct eye contact during his sessions is unlikely. Most self-proclaimed spiritual leaders make a point to speak to the press, to their followers, and certainly to those who financially support them. Alas, Braco remains quiet about himself and his gift. After all, his silence is his most powerful asset. It is a precariously balanced business model he is running, and speaking could only harm it. Perhaps he is trying to maintain his muted mystique, or perhaps trying to just keep a low profile. Without the dogma and rhetoric of most spiritual peddlings, it gives room to his followers to take what they need to from Braco.

Did Braco strategically plan his mentor’s murder at a time when he knew he would return home to an easy paycheck and create a cover story? What happened to Prokic is a mystery that only Braco himself can answer. It seems that concern over what happened to Prokic just sort of… went away. As New Age culture and alternative spirituality are on the rise, Braco has indeed found his niche and will gaze into a promising future.