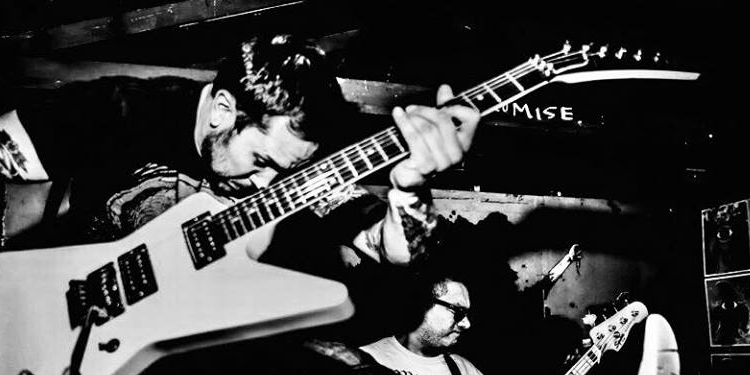 There was a time I lived the bent life. With those days well in the rear view, I find myself more and more seeking sharpness. Nihilism is a dish best served in the cold, during the inherent mental violence of winter.

Recently, the San Diego Straight Edge wrecking crew Drug Control was kind enough to let me pick their collective brain. Dig on “Stabbed,” a crucial slice of the X’d up variety. Get straight. With nods as equal to the present as they are to 80’s hardcore, Drug Control is rewriting the template for vicious straight edge. SSD for 2017? Check.

How’d you get together?

Danny had expressed interest in starting a straight edge band to me (Derek) after moving back to San Diego from Riverside County. He already had an idea of who he wanted in the band and it all kinda came together.

It seems like you guys have had a cohesive vision from the beginning. Starting with the 2014 demo, the visuals and music have been extremely consistent ever since. What’s the inspiration, theme or vision for the band?

We’ve always been drawn to that raw aesthetic of mid/late 80’s NYHC, so we always wanted to try and go for that look and feel. Tell me a bit about the San Diego scene. Writing from Baltimore, I can attest to the fact that the straight edge scene is small. What bands should we check out?

The straight edge scene in San Diego is minimal, and by that I mean we have three edge bands. There’s Meth Breath, Soul Power and us. We all sound a little different from each other, which is good.

I hear elements of classic hardcore bands in your sound, especially Uniform Choice. Name your influences and how they add to your sound.

Youth of Today, Judge, Warzone, SSD, Raw Deal. I think we try to stay on pace with SSD and YOT. The mosh parts the others write are always on point and if we can come close to any of them, then I think we’re doing something right. Tell me a bit about “Stabbed.” It’s absolutely stellar and feels like a giant step sonically.

Stabbed is a record that we’re extremely proud of. We took a bit longer writing it and was a long process of adding and throwing out bits and pieces of songs. It was also a bit weirder for writing since Matt was living in Indy at the time.

We’re trying to head east this year. We did a one off at Damaged City last year, but we wanna play up and down the coast. There’s so many good bands on the east side and we don’t want to miss out. Musically, we’re already writing new material and we’re trying to have them demo’d before fall.

Where can people best find you/contact you online?