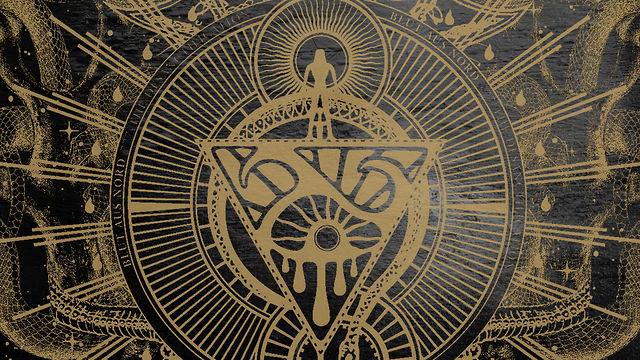 Resting on my shelf for some 10 years now still is my copy of Blut Aus Nord‘s majestic sophomore effort Memoria Vetusta I: Fathers of the Icy Age; an album that would forever change the course and trajectory of my listening habits with its cold atmospheres, soul-stirring riffs, synth and soaring vocals that painted the most grandiose of landscapes in my mind’s eye that were theretofore incomprehensible. It remains by far one of my favorite pieces of music in Black Metal, and unquestionably a landmark in my own personal development.

From that point on, the mastermind of this project, Vindsval, has inexplicably managed to blow my mind time and again with each and every effort, never once repeating himself in the process. As special as each of his artistic ventures are to me, however, that sophomore effort has always been most dear to my heart, so when I heard in the last year that the third instillation of the Memoria Vetusta saga was forthcoming, you better believe it gave me pause. After so much anticipation, the day has finally come when I can spin Memoria Vetusta III: Saturnian Poetry to my heart’s content and at this rate, I just may never stop spinning it. An album commemorating the most perfect, rhythmic, celebratory form of poetry that has pervaded the ages, yet one forgotten by the ancients themselves, Saturnian Poetry embarks on an epic journey rife with praise for Mother Earth and the deep knowledge man himself is capable of procuring just from studying its movements and understanding his unique place in the midst of it all. It then makes perfect sense that the album flows in such a high octane sort of way, rarely slowing its breakneck pace with bombastic (human) drumming filled with blasts, fills and the fervent, yet always rising, chords that soar with an enlightened, mystical knowing of the Earth’s great secrets within the cosmos. Indeed, there is rarely a moment to catch one’s breath on this great behemoth of an album, as it’s clear that Vindsval has carefully crafted each and every note with the utmost care and feeling. Only someone with a deep reverence for such macrocosmic subject matter could express it in such a concise manner across seven tracks that give the ultimate justice to the practice of Song and its classical purpose – above all, to praise that which man is so deeply connected to and a part of.

As alluded to, Saturnian Poetry is chock full of crescendos and climaxes that seem ever-expanding at times; extremely rhythmic, layered and grandiose, the compositions flow into each other in a fashion I don’t think I’ve ever had the pleasure of experiencing before. You know just from the short Prelude that opens the album that something of large magnitude is forthcoming, that a great drama is about to unfold. “Paien” then opens this drama with supreme, crashing, cascading drums and hair-raising riff mastery that lifts the soul and punishes the mind with its massive output, only to sink below into the most fertile of valleys at the two minute mark, before gradually rising again towards the heavens with its beams of light; in a way, very reminiscent of what transpired on MVI, especially in terms of the keys used. With my aforementioned love for the first chapter in this series, such an introduction to this newest incarnation is nothing short of pure bliss. I’m pleased to say this blissful aura continues on the following track, “Tellus Mater,” a great ode to the goddess of Mother Earth herself, with its penchant for weaving melody and subtle, soft, atmospheric ebb and flow. A very tranquil, soothing track, “Tellus Mater” is an appropriate segway to “Forhist,” the longest song on the album, one that greets you with more of the high octane spirit and brilliant riff/synth interplay found in the opening. Made up of wondrous peaks and valleys, “Forhist” is both as lofty as the clouds above and as rigid as the tall trees that stand below on the album’s fantastic cover art, exerting an equal dose of airy softness and crushing might. At this stage of the record, having already taken in such a powerful injection of epic songwriting, I was knocked clear off my feet by “Henosis,” a song that represents the mystical oneness or unity felt with The One. With penetrating vision, Vindsval opens the flood gates to the very heart and soul of one’s entire Being, expanding upon both the smallness and largeness of man’s occupation in the universe. I would try and dissect this song more conventionally, but it simply bears listening to in order to understand the magnitude of its power and strength. Its effect on me was nothing short of spine chilling, life affirming, and perhaps more importantly, in general, contemplative. It makes you think, and when an artist can do that, when they can make you look inward at the very core of your Being, they’ve achieved something beyond words. After what has to be the climax to an album filled with crescendo, “Metaphor of the Moon,” features a necessary counterpoint with its enchanting, yet eerie textures that give off a feeling existential angst, particularly around the 4:57 mark when the music takes a dive into the darkest abyss of the entire record. Here, Vindsval manages to take the dark and make it equally sublime as the great light that pervades Saturnian Poetry and it continues when the amazing closer “Clarissa Mundi Lumina” kicks off with full tilt fury and driving, tremolo picked riffing that eventually is intersected by bombast and well placed cleans. It is the Earth’s movement and our perception of it that “moves the year” and produces what we view as space/time and that double edged sword that we ultimately experience as reality, and it’s with this that this tremendous feat of an album makes its exit, with the closing minutes rounded out with an all-out straight forward burst suggesting that while this particular journey may be at its end, it’s already moving towards a new beginning in the ever-unfolding universe.

At the end of the day, everything you could ever want and more is still to be found in this man’s vision. The magic is still there. Vindsval’s bountiful emanations concerning nature, man, the universe and his place within it are still every bit as gripping as on previous efforts. An album celebrating the ultimate form of artistic expression – The Song – Saturnian Poetry is a modern expression of all that is old, all that has been and always will be, and one must think even the great old poet Virgil himself would be proud of this feat. It is with this concise album that we are reminded that “all our sweetest hours fly fastest”.

Blut Aus Nord is an exemplar black metal band, always forward thinking, never being confined by the close-mindedness of the genre. Through the years,...