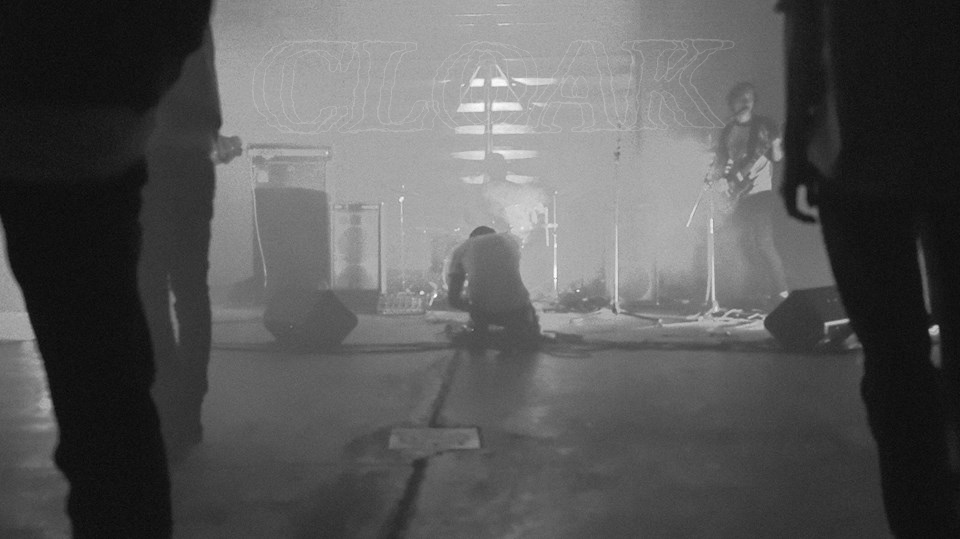 Arizona is home to many a great band, and when acts like Funerary, Gatecreeper, Take Over And Destroy, and Languish are being praised, posted about, and gaining popularity, it can be intimidating trying to open up a diverse home for music, and while some may find it difficult, the boys in Cloak seem to have no trouble at all building multiple. Coming from the humble town of Phoenix out in the Wild, Wild West, Cloak are a force to be reckoned with. Being able to grasp the heaviness of raging bulls at several different paces and harnessing the essence of full-on onslaught to utilize their instruments to their full potential on a first release is definitely noteworthy.

On this demo, listeners get to hear seven songs that pack multiple punches. Songs like “Throat Laceration” and “Clouds” have the speed and flight of traditional powerviolence and crust punk bands where the marvelous crowing vocal work of Roger Zubiate, the powerful shredding of Samad Agwani, the intimidating bass riffs of Nick Quintana, and the drum work of Jordan Finn make an amalgam of deviated crust punk that could only be better live. The frenetic and brimming-with-energy songs could positively be a circle pitters dream. Yet, to offer some type of juxtaposition, they also have songs like “Gilded Heart,” where listeners hear a black metal-esque transition into a sludgy and downright dirty pit of despair. The bleeding of instruments into one another and vocals practically throwing the blanket over the dead body create nothing but sensory overload with desperation and angst. Their successful blending and crossing over of different variations of metal in a single cohesive release has proven difficult for many others. Incredibly, the members of Cloak appear to do it with a gifted ease that one (including myself) could envy.

The fine-tuning of their EP ‘MMXIV’ lies in the production. The fuzzy yet effective haze over almost all the tracks poses questions of whether or not it was an intentional layer of soft noise in gain or fuzz (with an interlude like “Sleeping Under The Mist” it’s a very real possibility) or if there was something entirely different. It evokes copious amounts of interest and brings in some type of investment into this release. Your investment definitely has a return with strong lyrical accompaniments to these slightly distorted instruments that definitely stuff your mind full of pictures of screaming along and headbanging your life span a solid few years shorter. Basically, there’s something here for every lover of heavy music to enjoy.
‘Young’ is tantalizing, angry, and shredding.
‘Throat Laceration’ is direct, outright, and fierce.
‘Gilded Heart’ is blasting until its slow-burning build into a demolishing break.
‘When The Bough Breaks’ is rash, crazed, and devious.
‘Clouds’ is thrashy, bass-filled, and killer.
‘Sleeping Under The Mist’ is unsettling and unashamed.
‘Widow Womb’ is raging, fuzzy, and downright awesome. Cloak’s cover photo on Facebook of them performing live

Their use of multiple different styles makes for that of legend and innovation of music scenes all across the world, because it’s no hidden fact that bands that currently cross and blend genres like Full Of Hell, Trap Them, Gnaw Their Tongues, Unsacred, and many more are all making treks across nations and gaining more and more popularity. Cloak’s first release brings an air of confidence for fans that they will be able to join bands like that one day soon on such endeavors of redefining heavy music genres; some of which they have already played with in their home state. Getting to perform on shows like King Of The Monsters Festival with Chokehold, Creation Is Crucifixion, Groundwork, Infest, ACxDC, and many others will do nothing but give them an open audience to build a fan base from. With hard work and perseverance, it is certain that Cloak will be able to make something glorious, and most definitely rally a coup d’état of their current “local band” caliber in order to rise to outstanding levels. The only question left is will you be with them for the ride? I know I will.

Keep up with Cloak here: