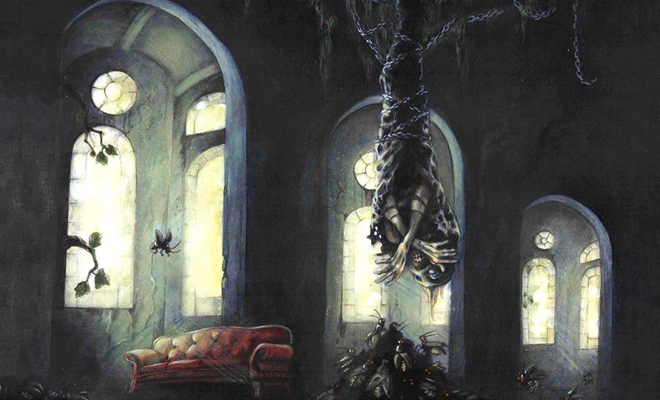 With OSDM taking hold once again in recent years, it’s become something of a double-edged sword for bands looking to make a name for themselves. On the one hand, there is certainly a market for the style; but on the other, it’s also easy to get lost in the shuffle and pass by relatively unnoticed. Case in point: Binah. Despite releasing an incredibly varied, crushing, well-thought-out debut album and being signed to the ever-expanding underground label Dark Descent records, these guys don’t seem to be getting the same level of attention some of their label mates are getting. Maybe it’s just me, but this trio hailing from the UK needs more praise!

Especially so now that they’ve successfully followed up their debut with another slab of bone crunching, occult Death Metal in the form of their new EP entitled A Triad of Plagues — a release that opens with “Rupture of Silence,” a song that begins with a wicked solo and progresses onward and upward with a tremendously catchy riff set and uncompromising brutality. It also features another solo about midway through that strips flesh from bone and catapults the song forward rather tastefully. You know you’re in for a treat when you browse the lyrics beforehand and notice the line “primordial paths to heaven blasted with dynamite”. That stood out to me, and I feel it’s a good representation of what the music embodies: a complete and absolute refutation of the order imposed by the Holy Father. The following track, “Hempiteran Maraud,” is more of a quick hitter, clocking in at just one minute and thirty nine seconds and punishes from start to finish. Again, the talents of Binah are on display here, but in a more subtle manner, as jutting lead work manifests beneath the folds of chainsaw riffing and low, guttural vocals. It’s a song that is best appreciated with repeated listens, as its depth and complexity can easily pass you by in a flash on the first go around.

The closing plague, “Torbid Blight of the Spirit,” begins slowly, and has a much more concentrated build up than its prior counterparts. It has a rather decidedly eerie, bleak feel to it, as its theme seems to be chiefly concerned with the woes of mankind in the post-modern world. Lines like “Dreams and hopes sold for dimes to wretched machinery” and “Jaded, sleepless, and swamped by stimuli” point clearly to the blight experienced by the human spirit that has lost its way in its foolish quest for certitude and comfort. There’s still plenty of Death Metal crunch and punch to its composition, but the feelings of endless languishing pervade, serving as an appropriate death knell to this three-pronged work of black art.

Once again, Binah has delivered in a big way in 2014 and is a band everyone should watch closely in the years to come. Fans of OSDM in the Scandinavian (a la Entombed and Demigod) vein in particular should get quite a kick out of this. Full fucking support. 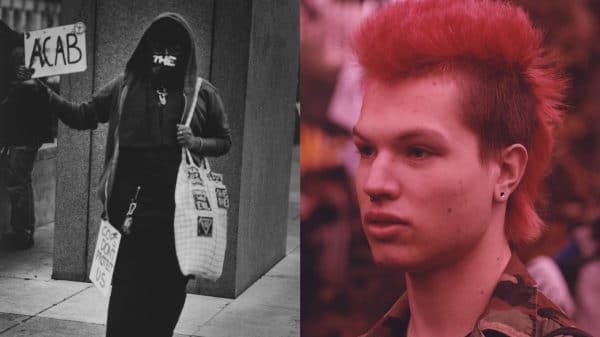