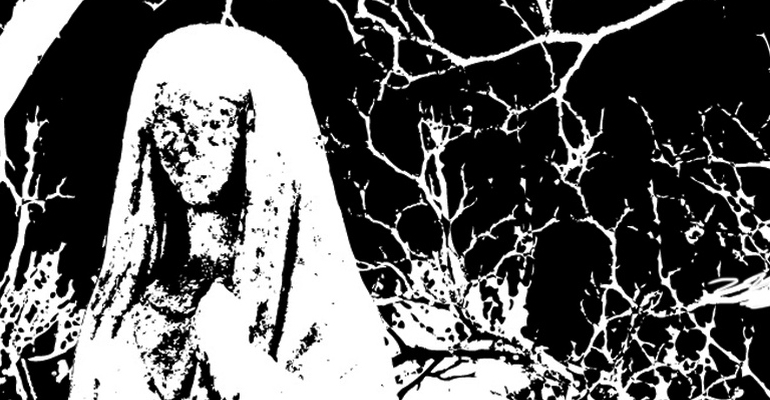 In chapter sixteen of “Psychomagic” — subtitled ‘Techniques For The Imagination’ — Jodorowsky writes:

“This I am not recommending to you, although I do it intensely: I imagine various ways to die. I have imagined myself dying in a drowning suicide, being thrown from a building, being cut in two. I have projected myself a lot in suicides, in death, to free myself a bit from myself. I repeat to you that I do not recommend this to you. If you are distressed, do not do it. It is hard. Above all, imagine the death of loved ones. It is hard, because the possibility of a loved one disappearing always exists, and also we fear the possibility of our ceasing to exist. To eliminate this, I have imagined a lot. I have turned myself into nothing: that is what happens when one enters darkness. I have made myself imagine the blackness, deep blackness that dissolves my I into emptiness. And then, the emergence toward existence and light.”

That is one way to translate what the so-called depressive black metal acts perpetrate, which I might have, if most of them weren’t a whole bunch of miserable maggots. The difference lies where Jodorowsky obscures the fear with the use of imagination, and these pseudo-black metallers find themselves trapped more than ever. In actuality, they reflect the same stupidity religion does. Religion also blinds one by preaching death, a concept so obsolete that essentially nobody has a slight idea about it and what better than such ambiguity to enchant the masses? Yes, you heard it right, ‘masses’; because black metal today isn’t underground by any means.

Decibel Magazine: In the past you’ve said that the attitudes of some people in the black metal underground made you want to stop playing that kind of music. Could you elaborate a bit?

Scott Conner: I’ve probably elaborated on this too many times. First of all, it’s not “underground” in the slightest. Second of all, too many of the people involved, especially labels and bands, are worthless pieces of shit, liars and chiselers. I will now be making the kind of music that never had any kind of “scene.”

It’s easy to understand why people like Conner have been fed up with the idea; seeing what have been going on in the name of their thinking in the recent years.

With almost every cheap musical trend — such as emo and DSBM — we always encounter a suspension of sentimentality, for drowning the listener in the nativity is their chief end. American, though revolving around the same idea, make it to a passably different place. The rightfully named debut, Coping With Loss, is but to advocate suicide; and it is not an elegy either – it is to transcend. Now how well it succeeds in doing so, we’re about to find out.

American take us only a few steps further from Xasthur, granted that a trace of newer ‘trends’ seen in today’s black metal scenes can be also seen in their music, such as the down-tempo sections akin to sludge metal and an ambient-ridden, organic sub-structure which again a whole lot of today’s black metal bands attempt at merging with their sound, highly influenced by another ‘trend’, post-metal. Considering how bands like Tombs are already in the dead-end of that path, American’s incorporation of some old-school, thrashy riffage might lead to some way out, and it surely does at various points; even so, they don’t seem to be so keen on that, and most of the time the extension of such sections is easily missed. Their other interest, the industrial soundscapes, gets enough credit to build up more than a half of their 40-minute mantra, with so many of the songs either fading into them at some point or being consisted solely upon them. Saving the sample played in the beginning of the track ‘Decedents’, everything else has been done professionally and the production hits the mark; with an overall live feel, the tension and the atmosphere are grasped consonantly well. Coping With Loss reminds me in a lot of ways of the demo I received from Vattnet Viskar back in 2011. At that time, I was also listening to a band who had a greater potential for a sound to come almost a year later. Fans of the Funeral Pyre, Altar Of Plagues, Rorcal, Burzum, Avichi, and Celeste should check American out, because a new favorite is in the cards.