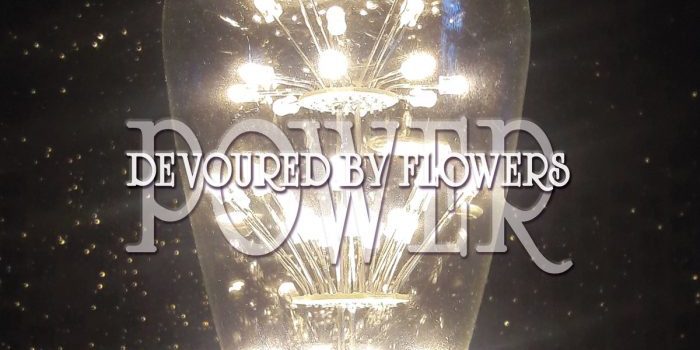 Portland’s dreampop duo consisting of Dorian Campbell and Ashkelon Sain have released their first follow-up release since their debut album Moonscape Hotel! It’s called “Power”, a lyrically driven track that couldn’t have come at a better time. “Power” is overflowing with clever rhymes signifying both political relevance and good advice at satisfying length. Rather than feeling angry about the world, this song works to evoke peace and mental clarity.

Devoured By Flowers once again take you through a dreamlike atmosphere of sound. Dorian’s melodic vocals reminiscent of Ian McColloch guide the song like a river. I recently had the privilege of seeing them perform this song live as a four-piece at PIGFEST here in Portland last month, where they also performed a fantastic cover of Siouxsie and the Banshees’ “Christine”.

They will be opening for Jay Aston’s Gene Loves Jezebel at Star Theater in Portland next Thursday, September 20th. Don’t miss it!