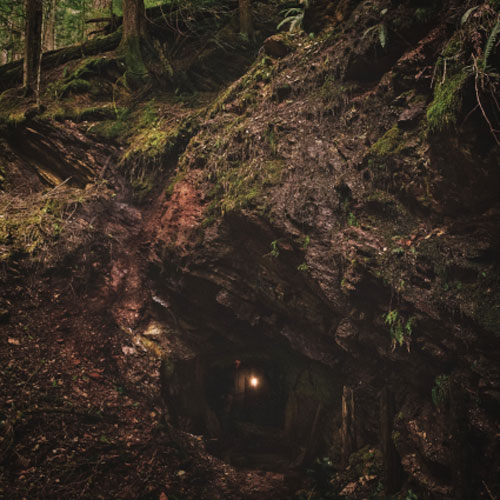 2014 has been quite the year for solid releases. Even within its last quarter, this year continues to host astounding outputs by artists across the genre board. Baptists newest full-length, Bloodmines, is one such release. The sequel to 2012’s mysterious and dark debut LP, Bushcraft, Bloodmines is everything you’d hope for in terms of a second album. This album amplifies all that made Bushcraft what it was: it is darker, faster and angrier, elements that combine to create a work that altogether avoids the enigmatc “second-album-slump.” Pulling their threads from an array of hardcore and metallic hardcore outfits, Baptists utilize the tried-and-true formula introduced by Converge on Jane Doe, flipping from bombast to dirge at the drop of a hat, while infusing world-weariness into every second. This is best exemplified on the title track, scarring itself with agonizing doom over its three minutes. Baptists continues the natural-world-versus-man aesthetics found on Bushcraft, applying an almost black metal dedication to their message.

Bloodmines is defined by its consistency, something that Bushcraft lacked. Careening from muted beginning to feedback-laden ending, Baptists’s sound here is viciously concise and briskly paced. Never overstaying its welcome, the album’s eleven tracks bludgeon skulls and snap bones without so much as a back glance at its crimson-stringed wake. The time signatures move to the cadence of a panicked heartbeat, fluttering from frenzy to arresting with schizophrenic grace. “Vistas” washes itself in sludge while injecting a light, dizzying dose of melody into its structure, creating one of the album’s standout tracks. Vocally, Baptists are reminiscent of fellow Canadian hardcore outfit, Withdrawal, applying a humane-tone underscored by feral intentions that tears teeth-first into the instrumentation. At times, the vocals tend to be overbearing, suffocating all other sound. During the album’s more violent passages, the vocal’s prominence works, though in other areas they are distracting rather than cohesive to the song as a whole.

Bloodmines closes explosively, its claustrophobic tunnels caving-in amid Baptists’ torrential crush, a sonic landslide that barrels down, forcing the listener on all-fours, laying bare the animal that we all truly are. Bloodmines will be available October 14th, from Southern Lord.