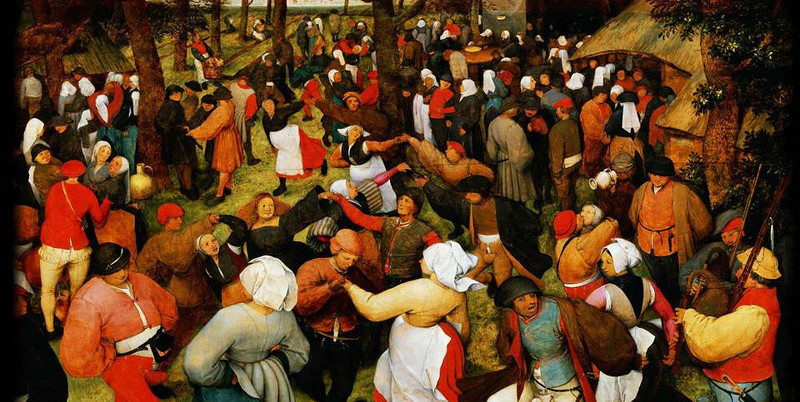 Anyone familiar with Italy’s punk and hardcore scene should know that back in the 70’s and 80’s the country had some of the most incredible, visionary and forward-thinking punk and hardcore bands to ever stride the earth. The fierce war and constant, extremely tense, triangulation between fascists, communists and christians all seeking to seize power of the country that dominated those years always left the helpless bystander Italian population in the middle of these mind-games, trapped under a constant rain of continuously opposing propaganda (and sometimes of bullets). It often made kids numb and confused, leaving them not knowing where the truth was coming from or who to believe any longer. In the wake of all these political games, people were murdered, bombs went off, new Popes were elected, the mafia flourished, and so did corruption, and so did the “para-state” – a place where religion, death, politics, money and occult powers all gathered to secretly decide the fate of millions of unaware and hard-working citizens. This caused some of these disillusioned and embittered kids to withdraw from society and turn to nihilism, which was then expressed through music, most notably punk. It was in those years that some of the most fierce, raw, negative and pessimistic punk bands to ever see the light of day started to arise out of the haze of political confusion and from the suffocating mist of lies, scandals, mysteries and conspiracies that dominated those years in Italy. Raw Power anyone? Hell, even bands like Neurosis credit Raw Power as a crucial influence to their sound. But it doesn’t stop there. The legend of Nerorgasmo‘s “cemetery hardcore” has never waned, and neither has the legacy of underground stalwarts like Negazione, Wretched, Church of Violence, Sottopressione, Declino, Indigesti and so on. Italy back then in the 80’s can be considered what Spain became for crust in the 90’s or Sweden for d-beat in the 00’s. On the heels of this legacy and of this tradition arrives PIOGGIA NERA (literally “black rain”), a band formed by members of Kontatto (d-beat), Miseria (fastcore), Motron (crust’n’roll) and Delhort (black metal), and which had appeared for the first time on the scene with an incredible (but lacking in production qualities) debut album in 2006 titled Teatri di Menzogne, only to then disappear shortly after, and inexplicably sink back into the black abyss it had come from. That album reignited interest in what had gone down in the Italian punk scene twenty years prior, and made everyone remember how legendary and unique the country was back in those days when it came to punk rock. But instead of carrying the torch, the band disappeared and was never heard from again. Nine years later, the band has resurfaced with what is to all effects one of the best “retro” hardcore albums of the year, the death-ridden and spleen-splitting album Danze dei Miserabili released earlier this year on Calimocho Autoproduzioni, Nuclear Chaos , Bomb-All Records , Gustosissimo Records, Heresia Records , Chaos In Head, and  Kalashnikov Collective Produzioni.

PIOGGIA NERA’s music on this staggering record is essentially a continuation of Nerorgasmo’s sepulchral and cemeterial ancestral hardcore punk, but with a goth and post-punk twist and a slight Burzum-esque black metal slant to it. The themes of the album obsessively dwell upon the death, decline and disintegration of society, always conveying their message though the language of misery and gloom. The vocals are almost corpse-like and the riffs sound depressed, emaciated and corroded by loss and starvation. But there is a primordial anger at the core, a sinister energy to the album. You can hear clear horror-punk and death rock influences from the Misfits, Germs, Adolescents, T.S.O.L., Christian Death and early Death SS slithering out, just as you can hear the finest hour of anarcho punk – Crass and Rudimentary Peni – permeate the sound of this band, as well plenty of crust and post-punk, especially Amebix, Killing Joke, Joy Division and Antisect all coming to life in their sound. What is most incredible is the atmosphere of the record: pure dread and complete ruin. The rhythms are sustained, but slow enough to evoke a sense of progressing death and of rotting away, or of barely breathing. The vocals are completely wretched and the lyrics are a constantly hallucinating bark, the voice of a mad man croaking disgusting and scary stories of plague and the apocalypse in your ears. In other words, this album is absolutely TIMELESS, and showcases a style and personality that you rarely see around these days. From the songwriting, to production, to the lyrical themes, to riffing and choice of sounds, moods and atmosphere, everything on this album screams raw personality and pure dedication to a vision of the world and to a conceptual realm of punk rock that lives solely within the minds of these four musicians. Let the black rain fall!