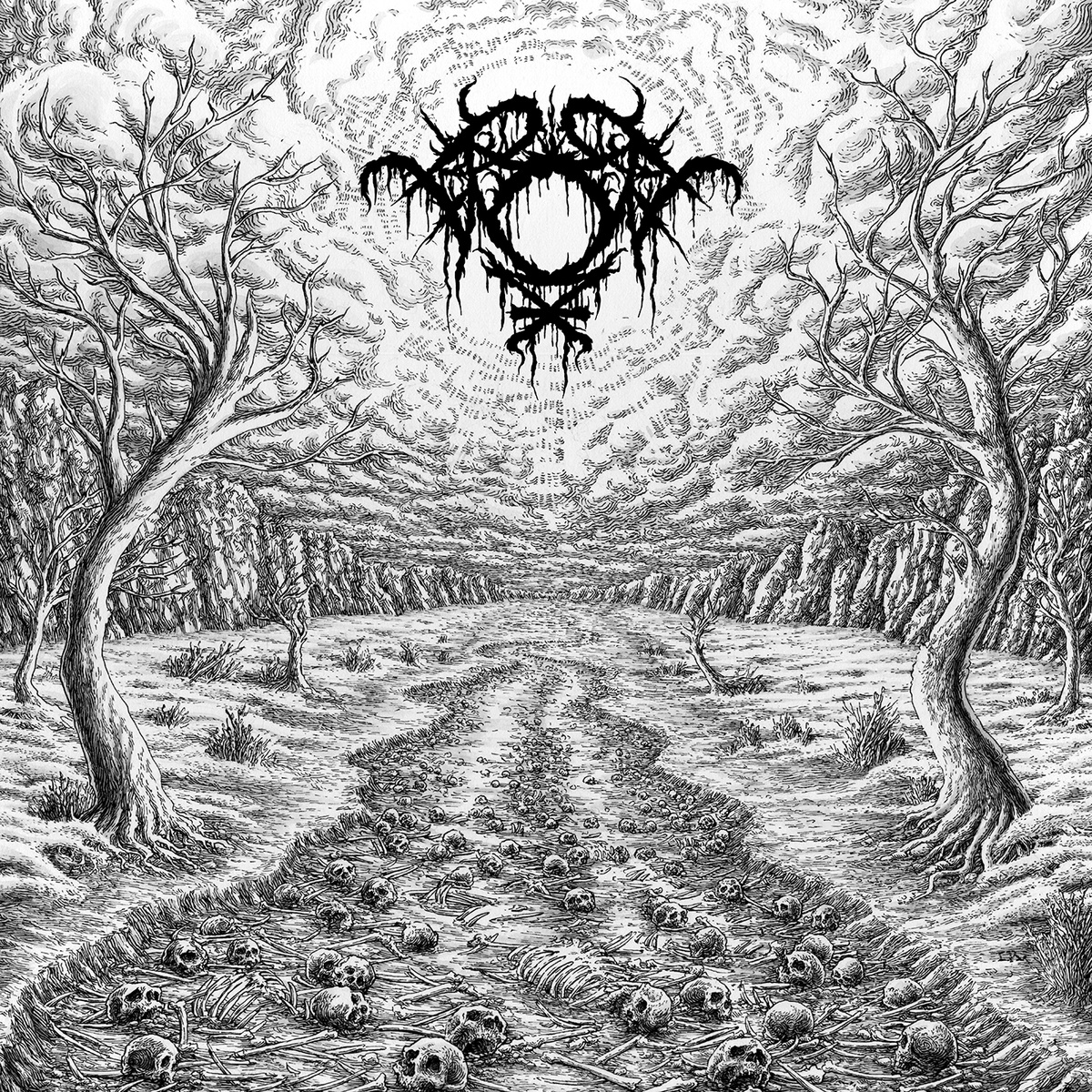 I had quite the unexpected reaction to Dead River Runs Dry and their Hierophants of the Storm full-length, as the taglines profess to the album’s mix of thrash, black metal, death metal and old-school heavy metal. Not that I’d expected a particular sound from the band, as it’s the first time I’m hearing any of their music. The cover and logo might have hinted at something grimy and sludgy, or it could have led me to believe that the album was closer to raw black metal, and it only proves the adage true: when you assume you, make an ass out of yourself. It’s quite true in most cases, especially with music and album covers, so an open mind is an important quality in an album reviewer, much less anyone in general.

The sound is actually quite polished and there’s tons of thrash riffs here. There’s a general sense of everything fitting right in, even if the parts involve different elements. The thrash riffs are of particular nuance, as the band don’t play like Goatwhore, in that the riffs are one hundred percent moshpit-worthy. They mix it up, literally, and it becomes a stew of sorts that wipes your ass free of premature assumptions within the first few listens.

There’s even a hint of NWOBHM along the galloping sections. The vocals are mostly death growls and there’s not that much for death metal fans except that tidbit. Mostly, the little riffs and transitions iron out a blackened thrash attack that features some nifty old-school heavy metal touches. Some are given enough breathing room to appreciate the wealth of catchy riffs on-hand. No, they don’t always tempt you to headbang to the shred-chugga-chugga-shred formula some bands remotely similar tend to do. They periodically move up the frets during chord transitions and don’t blast from end to end.

“Skull of the Wind” is a heavy metal tribute of sorts. Standout track, “Only Skies Remain,” features plenty of old-school thrash, and “Bow Your Head, Scum” features so much straight downpicked parts that it literally feels like the band don’t execute any sort of formulaic songwriting at all. Track nine, “By Hook or By Crook” is another get-up and go thrasher that gets the black metal tremolo-riff treatment. Shred-double bass drum sections that belong just about anywhere in OSDM albums surface rarely but are utilized to mix things up a bit and change tempos. Dead River Runs Dry is at a creative high, and this album is one of the best genre-benders to hit my playlist this year.

If you like albums that don’t sound like one thing or another, are tough to pigeonhole, and righteously, shouldn’t be pigeonholed in the first place, check this platter for a run-the-gamut metal album of particular significance.