Every serial killer has his method of operation. The method of operation, also known as modus operandi, consists of techniques, habits, and peculiarities in killer’s behavior. It stands for the way the serial killer commits his crime. And like everyone else, a killer learns from his experience. Within time, serial killers modify and perfect their MOs, so investigators must be aware of the improvements or adjustments to them. The killer may find a more efficient way to kill someone or a quicker way to abduct his victim.

In most cases, modus operandi is a way to connect crimes to a particular serial offender, but sometimes they perform unusual and bizarre acts and routines that aren’t considered a part of their method of operation. While some of them may serve as a signature of a killer, which gives him some emotional satisfaction, the other part just can’t be explained in any way.

In 1990, after a 12-year killing career, Andrei Chikatilo was arrested and convicted of killing more than 50 young people in the Soviet Union. Chikatilo mostly targeted females or runaways of various ages and approached them at bus and train stations using some simple ruse, such as offering them money, drugs, alcohol, or, in the cases of his child victims, toys and candy. This eventually allowed him to lure his victims to a nearby forest, tie them up with rope, and kill them by stabbing to gain sexual release.

The killer often mutilated his victims, gouged their eyes out, believing they contained a snapshot of the last thing they saw, eviscerated their stomachs, chewed off their noses, and even cut out tongues and genitals. In some cases, his bizarre and sadistic methods of killing included dancing naked around his victims and howling like an animal.

Although a 60-day psychiatric evaluation revealed that Chikatilo was suffering from a borderline personality disorder with sadistic features, he was legally sane and competent to stand trial.

It is worth mentioning, that as a result of the Butcher of Rostov investigation, more than 1000 unrelated crimes, including 95 murders and 245 rapes were solved.

Not many serial rapists become serial killers. But the Original Night Stalker is an exclusion. The Original Night Stalker, also known as the East Area Rapist and Diamond Knot Killer, is an unidentified and mysterious rapist and serial killer, who is responsible for more than ten murders and 50 rapes in Southern California from 1979 through 1986.***

The killer was traveling around middle-to-upper-middle-class neighborhoods in search of potential victims, who were living in single-story houses on or near cul-de-sacs or adjacent to vacant fields, schools, parks, creeks, or construction sites. The ONS typically entered a house at night, woke the occupants, and threatened them with a handgun. After tying them up and killing males by bludgeoning, he sexually assaulted their partners before murdering them as well.

One of the most exciting aspects of these crimes has been the Original Night Stalker’s behavior at the crime scene. Before becoming a serial killer, during some of the rapes, he sat down and cried, called the women by their first names, and made personal statements about himself in front of victims.

After being transferred to Florida’s death row in 1986, the notorious serial killer Ted Bundy contacted Dave Reichert, a young detective, who had been working the case of the Green River killer and offered his help to stop the infamous killer from killing again. Bundy had written to Reichert after seeing his picture in articles about the Green River killer. In his letter, Ted Bundy wrote: “Don’t ask me why I believe I’m an expert in this area, just accept that I am and we’ll start from there.”

Although the “Green River Killer” Gary Ridgway was caught after matching his DNA with the semen found on the victims’ bodies, Bundy’s insights into the mind of a serial killer were valuable enough. And it shouldn’t be a surprise. Although Ted Bundy and Gary Ridgway had different methods of operation, they had one practice in common. Bundy often revisited his victims, whom he had dumped at a site in Taylor Mountain. Bundy applied makeup to the corpses, had sex with them, and lay with the corpses for hours afterward. Ridgway practiced the same routine – he returned to the dumping sites to watch the bodies decompose and change color and engaged in sexual acts with them.

Once again, we’re back to Russia. “The Chessboard Killer” Alexander Pichushkin is another notorious Russian serial killer, believed to have killed between 49 and 60 people, in southwest Moscow’s Bitsa Park, where a number of the victims’ bodies were found. During his trial, as with Andrei Chikatilo, Pichushkin was housed in a glass cage for his protection. This isn’t the only link between the two. Russian media have speculated that competition with Chikatilo motivated the Chessboard Killer to kill.

His real aim was to kill a person for every tile on a chessboard, which was found in his home and dated on all but 2 tiles, which supposedly were the dates for each murder.

Pichushkin’s method of operation was the same every time, with some slight differences. Most of his victims were senior men, with only three of them being women. Pichushkin usually invited them to drink vodka, and when they were thoroughly intoxicated, he hit them in the back of the head with a hammer or similar object. The most unusual part of his killings was shoving the empty vodka bottle through the wound afterward. It is believed that the ramming of the bottle they had been drinking from into his victims’ head was to assure their death.

One of the most recently apprehended serial killers, Israel Keyes, committed a long series of rapes and murders until his capture in 2012. While awaiting trial for the killing of one of his victims, Keyes committed suicide in prison.

Israel Keyes loved the thrill that accompanied a kill. He planned his murders long time ahead and took extraordinary precaution to avoid detection. Unlike the majority of serial killers, he didn’t have a victim profile. Keyes’s killings were far from home, and never in the same area twice. While traveling to his murder site, he kept his phone turned off and paid for everything in cash. Keyes once flew to Chicago, rented a car to drive the 1000 additional miles to Vermont and performed his killings.

While most serial killers tend to build their persona, achieve a pop star status, the most exciting thing about Keyes is that he studied the other famous serial killers, but devised his techniques so that nobody would be able to blame him for copying others. Israel Keyes admired Ted Bundy and bears some similarities – both were heavy drinkers, methodical, intelligent, felt some “possession” over the victims, and operated in multiple U.S. states.

In this article:Featured, Serial Killers 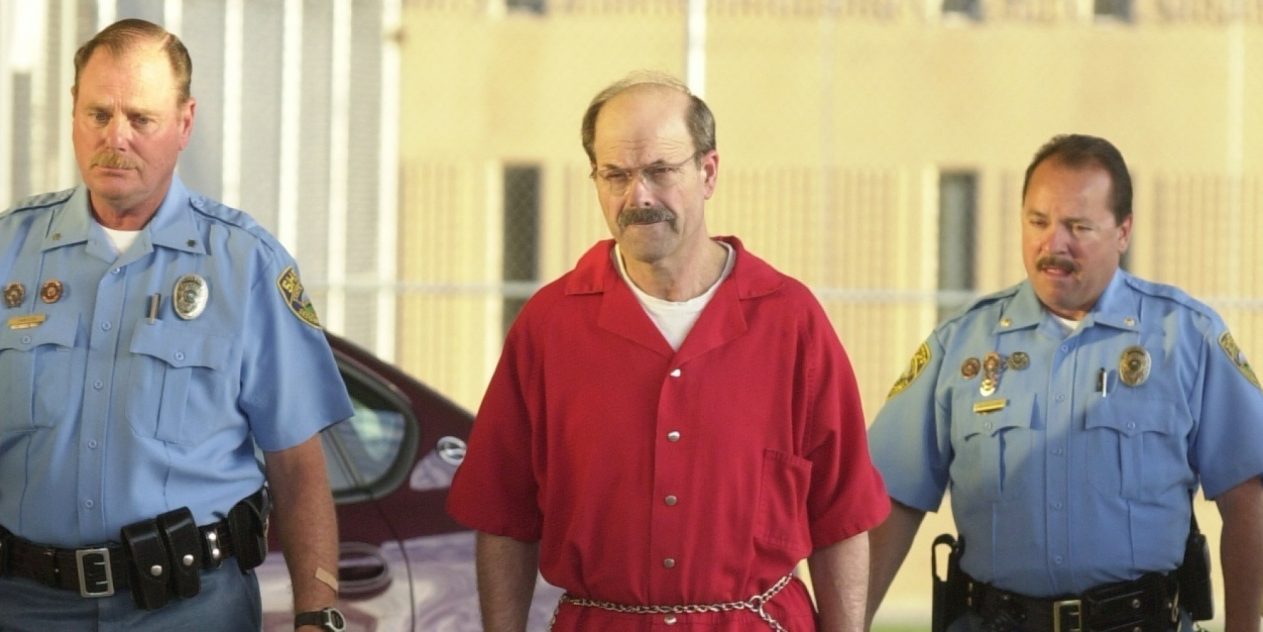 BTK. Those three letters struck fear into the hearts of the residents of Wichita, Kansas for three decades. They stand for Bind, Torture, and...