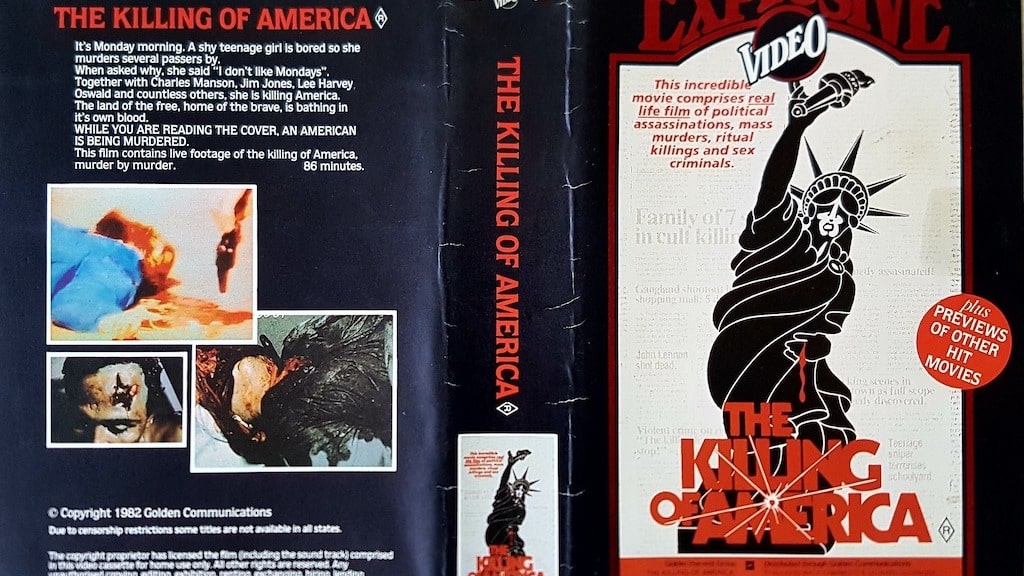 The Killing Of America’s voiceover shares some startling facts right away — in 1981, when the film was released, the United States saw an attempted murder every 3 minutes. They note that it’s the only “industrialized” nation that has a murder rate similar to countries at civil war. A 2015 study of violent death rates in “high-income countries” found that “the homicide rate in the US was 7.5 times higher than the homicide rate in the other high-income countries combined, which was largely attributable to a firearm homicide rate that was 24.9 times higher.”

Watching this film, I can’t help but contemplate America’s mantra of being “the land of the free, home of the brave,” and the many times I was told by Americans in the six years I lived there that it was the best place to be on earth. I was told all this while the LAPD helicopters incessantly circled overhead and cop cars sped past the park where my daughter was playing and The Hollywood Ripper was attempting his third murder a block and a half from my home and mob boss Whitey Bulger was found living a few more blocks away and a mass murderer was planning to kill his family, burn his home, and take out as many of my neighbors as he could.