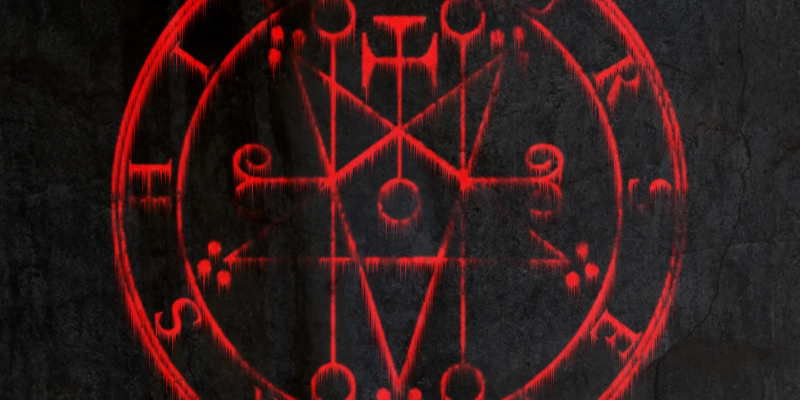 So, the other night I had a dream that I was at a Watain show with Ronald Regan and his pet parrot. When I failed to check the parrot’s cage into the club’s coat check so he could enjoy the show, he looked at me in complete disapproval, popped out a glass eyeball straight out of his head an said “I don’t think I like this black metal shit after all”….

… THAT SAID… In this episode of the Screams from the Gutter series we bring you some ballin’ releases by a handful of bands that have made their way to us in rather improbable ways (two of which by way of Google searches with typos – LOL), and who deserve your complete and unapologetic attention right friggin’ now – because they fucking rule.

First up is the self-titled release by URA, an insanely sick punk/metal band from the Basque Country who play a brutal, epic and destructive, but also very melodic, brand of blackened emo-d-beat/crust centered around the desperate and belligerent vocal performance of vocalist Victoria. As in the obvious tradition of “Spanish” crust, this band also is comparable in sounds and attitude to legendary heavyweights of the scene like Madame Germen, Ekkaia, Ictus, Leadershit and close by Belgian epic crust cousins Link, but also have some anarchist blackened crust traits in their sound, something in the vein of Iskra and something else with more epic overtones reminiscent of Nux Vomica. Needless to say, this debut by the Basque band rips shit apart big time and is an absolute must for any fan of the bands mentioned above ad of crust in general. Next up is another really fucking heavy band from the Iberic Peninsula, from Catalonia – Barcelona to be precise. A TOMBA OBIERTA means “Open Tomb” in Catalan, and just as their name suggests, these psychopath crusters deliver some of the filthiest and gnarliest fucking d-beat crust you could imagine. Their music is a galloping plague of whipping aggression that blends Doom, Discharge, Totalitär, and Skitsystem with Motörhead, Celtic Frost, Autopsy, early Sepultura, Bolt Thrower and early Obituary. The splicing of crust and death metal this band forges is pure fucking filth and an utter shit storm of unstoppable fucking hostility, so get into it and let A Tomba Obierta rip through your bowels like the night ripper! Ahhhh black metal, it’s always a pleasure to let thy grimness rip through mine heart and cause me immeasurable pain and torment! Yup, CEPHEIDE are one of those bands that bring the grimness into your skull in the order of cubic meters of sadness at a time. This young band from France play an inconsolable and suicidal brand of disgusting lo-fi black metal that will make your heart wilt and turn into cobwebs in seconds, and make your soul atrophy ‘till only dust is left inside your trembling ribcage. The guitar’s slicing tremolo and the drums’ restless and degenerate beats are only a hideous backdrop for the frightening vocal delivery, a tortured soul who has seemingly nothing left to live for than to scream out the obscure and putrid bile that clutters his throat. If you like alienating, heartless, souless, hypnotic, raw, minimalistic and crude black metal like Thirst, Fell Voices, and Xasthur, then this shit is definitively for you. More awesome, epic and atmospheric black metal! This time shit’s way more sorrowful and angry than the previous band. Much like their close cousins Encircling Sea, the black metal of Australian band VAIYA is way more belligerent and war-like in its threatening and hostile tones than the previous one mentioned herein. Emperor, Dark Funeral, Burzum and Immortal come to mind and this band’s black metal isn’t so much atmospheric in the fact that it has ambient traits but more in the fact that it has obsessive and cerebral song structures in which repetition causes hypnosis and aims at dismembering your brain piece by piece in a mantra-like soul-eating frenzy. Fans of Ash Borer, Alraune, Velnias, Bastard Sapling and Wolves in the Throne Room are gonna lose their shit over this band’s angry, desolate overtones. Out now from the awesome Aussie dudes over at Natural World Records! Holy shit, I love this band. CURSEWORSHIP are an unfuckwithable harsh noise/power electronics/crust-doom death machine from Salt Lake City and Awakening their second album to date, self-released after Crucial Blast released their mind-fucking and incredible self-titled opus last year. Curseworship is namely Ross Hagen from the long-running dark ambient outfit Encomiast. While Hagen has been exploring heavier sonic territory in recent years with his experimental black metal project Schrei Aus Stein, among other projects, Curseworship is by far is his most barbaric and uncompromising “rock”-rooted band. Seriously, this band is an utter abomination, a surreal and frightening sonic abortion where sludge, doom metal, crust, harsh noise, industrial, dark ambient, and power electronics all go to die in a bloodbath of sickness. Imagine Sutekh Hexen, Locrian, Skullflower, Amebix, Swans and Bodychoke all balled up together in a purulent abomination, and you will not be far from the sonic degeneration of Curseworship. Bow down to the sickness of this incredible band. From Portland, Oregon, hail BARROWLANDS an epic and primitive-sounding black metal/goth/folk band that is highly reminiscent of heavyweights in the genre like Enslaved, Agalloch, Velnias, Botanist, Primordial and, to some degree, also Wolves in the Throne Room. There is deep and textured melody in this band, and their black metal roots run deep in the ancient tradition of the genre, and are anchored to the finest hour of Scandinavian viking and pagan metal. The riffing and arrangements are really eerie, melodic and highly evocative, materializing vast and sorrowful sonic landscapes of loss, abandon and redemption through the worship of the natural world far away from the human sphere. Highly recommended for any fans or more introverted, sorrowful, melodic and meditative blackened folk/progressive metal. Out now through the awesome dudes of Germany’s Sick Man Getting Sick Records!