The Japanese deathrock and postpunk scene formed an important, but unique, parallel to what was happening in California and the UK throughout the early and mid-1980s. The stand-out bands from the original era of Japanese deathrock included, first and foremost, Phaidia (“the Christian Death of Japan”), but also Madame Edwarda, G-Schmitt, Gille’ Love, Coma, Neurotic Doll, RAP, and others. Because of the popular visual kei aesthetic in Japanese pop music, a lot of bands sonically unrelated to goth nevertheless “look goth” nowadays; what follows, however, are bands that actually embraced the deathrock sound and ethos in the sense of southern California bands like Burning Image and 45 Grave. This is an overview of Japanese deathrock from the early 1980s to the present, necessarily incomplete. It is a starting point, not the final word.

First of all, Phaidia’s seminal In the Dark LP was a high watermark for the genre in 1985, combining a guitar and drumming approach that could be compared to Bauhaus or Christian Death with vocals from singer Gilly that are often compared to PiL’s John Lydon. The band was on City Rocker Records along with other notable bands of the era, such as Mannequin Neurose. Phaidia have a Myspace fan page here and a Facebook fan page here. This track is off their 1984 self-titled EP:

After leaving Phaidia, Gilly formed Sex Android (not to be confused with the similarly-named contemporary visual kei pop band Sex-Android). Sex Android was basically a more polished version of Phaidia, still a gothic rock juggernaut, but with more attention paid to details of production and atmosphere. Below is the rather catchily-titled “Sexaroid Capsule Schneider.” In 1988 they released Planet Venus, also on City Rocker Records.

Gara deliver a stomping, menacing take on dark postpunk that at some points recalls the early dirge of The Swans, or Sort Sol, or even New Zealand’s Children’s Hour. Gara’s “Manifest” EP came out on Explosion Records in 1985.

Madame Edwarda, named after a Georges Bataille novel, was another major deathrock band in Japan in the 1980s. Interestingly, their Myspace page refers to them as a “positive punk” band — and a few notes about that term are in order. Whereas in the UK the label “positive punk” was invented by journalists (specifically, Richard North in NME) to describe early gothic rock bands like Southern Death Cult and Sex Gang Children, and was only begrudgingly accepted there (if at all), in Japan deathrockers took the term gladly, and ran with it. Was “positive punk” merely the awkward sounding-out of the English term “post punk” in Japanese? Whatever the case, it is not uncommon to find many Japanese gothic rock bands referring to themselves as “positive punk” well into the 1990s. (Incidentally, you will find the famous South of Watford “Positive Punk” TV documentary on Youtube here.)

Madame Edwarda do sound a lot like their positive punk cousins on the other side of the world, especially the Virgin Prunes, on this track:

With a logo that looks like a collision between the PiL and Bauhaus logos, and a sound that reminds simultaneously of Killing Joke and November-Coming-Fire era Samhain, Coma are one of the more impressive bands in the genre. It’s too bad they only seem to have released a single EP in 1984. It came out on ADK Records, also the home of hardcore punk goliaths Gauze and G-Zet.

Sadie Sads are another great Japanese positive punk/deathrock band. They started in 1984 and found a place on Genet’s Telegraph records label (more on Genet and his band, AUTO-MOD, below). The flangey guitar and stomping drums remind a lot of the British dark punk band Part 1. Sadie Sads has an official fan website, “Junk Church,” here.

Neurotic Doll formed in 1983 and released Reveal about three years later, according to this information on the excellent “agathoma” Youtube channel, which contains a cornucopia of videos from Japanese bands of this era and genre. The title track of Neurotic Doll’s release reveals a Killing Joke influence, punctuated as the song is by flangey guitars and an unconventional, almost stuttering, time signature:

In the video below, the Ex-Ans channel Bauhaus’ “Bela Lugosi’s Dead” in this live excerpt from the Tokyo Acid Punk VHS tape. (Check out the percussion.) The song, “Abortion,” is off the 1990 Habit of Sex CD. Incidentally, Habit of Sex is the name of an excellent, go-to blog resource on Japanese 80s goth, independent rock, minimal synth, and related genres. There is also a brilliant Tumblr version of the Habit of Sex blog here.

So far I’ve presented a sampling of bands whose songs have stood out to me. Missing so far, however, has been the band that pioneered the postpunk scene in Japan: AUTO-MOD. AUTO-MOD began in 1978 as an experimental postpunk band fronted by longtime scenester Genet, who now runs Tokyo Dark Castle, Japan’s premiere goth event. (Genet reformed AUTO-MOD in the 90s as an electronic band.) In the 1980s, AUTO-MOD played a type of bizarre, art-damaged postpunk that to modern ears might seem to have more in common with the no-wave of James Chance and the Contortions than with deathrock bands like 45 Grave. However, AUTO-MOD’s experimental postpunk combined with the menacing, white-faced, gothic stage presence of the band helped pioneer the deathrock aesthetic in Japan, and nearly all subsequent deathrock and goth bands cite the band as influential. AUTO-MOD have a Facebook page here and a Myspace page here.

Bringing things full circle is Tokyo’s 13th Moon, frequent guests at Genet’s Dark Castle. Formed in 2006, 13th Moon’s official Myspace page says this about them: “They are one of the 1st new generation deathrock bands created in Japan since the Japanese ‘Positive Punk’ movement of the 80’s-90’s (spearheaded by legendary bands like Auto-Mod, Madame Edwarda, Phaidia etc.), bringing renewed theatrics and darkness to the genre.” Who am I to argue with that?

“Tokyo Dark Castle 2008 Halloween Special” feature at This is Not the Greatest Site.

The Habit of Sex blog and Tumblr accounts. 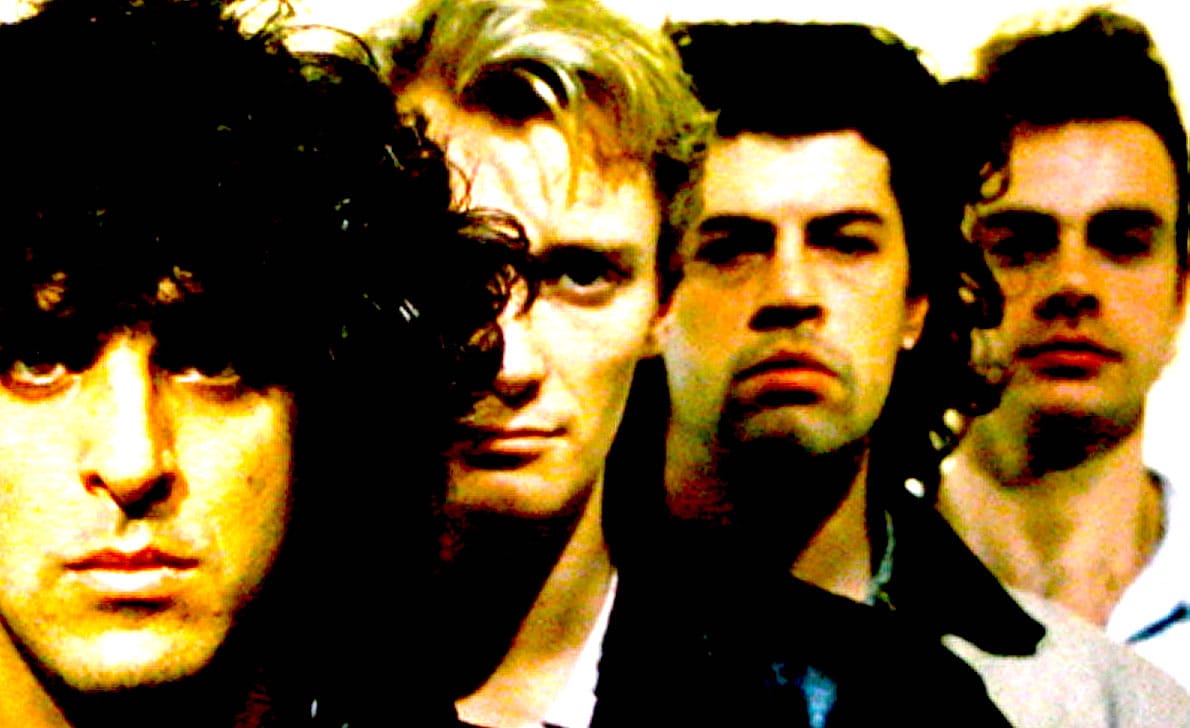 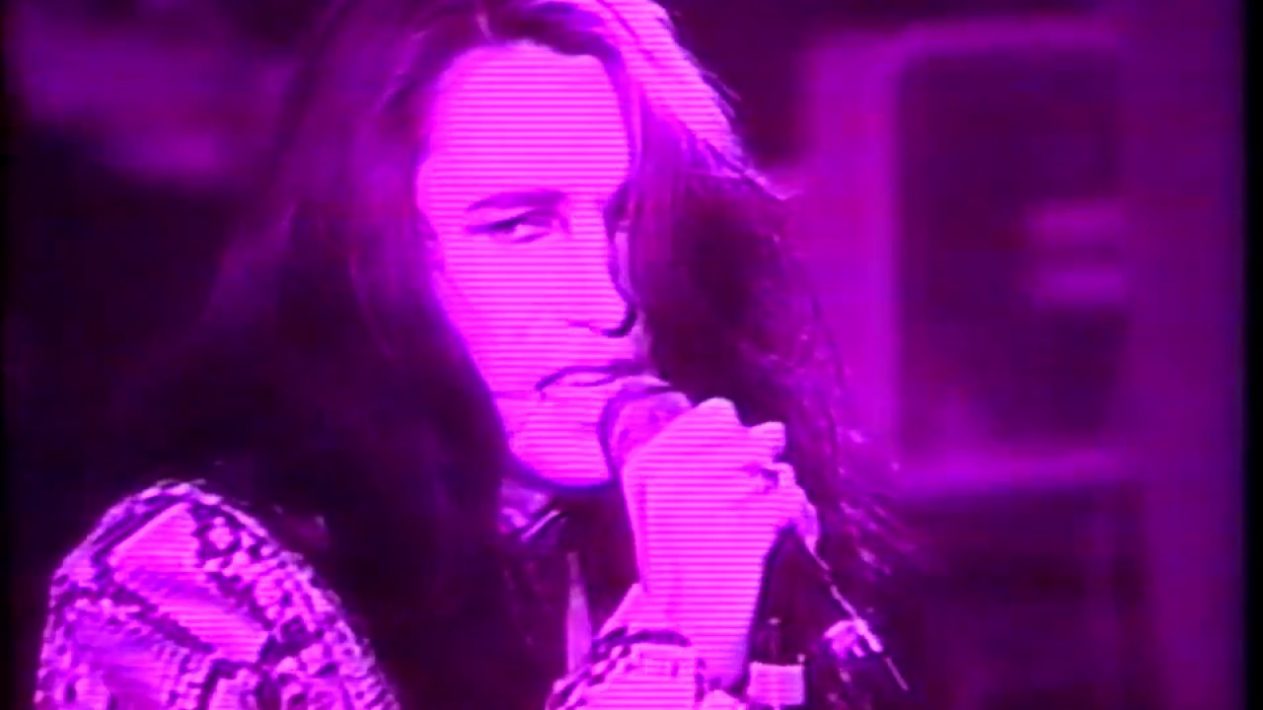