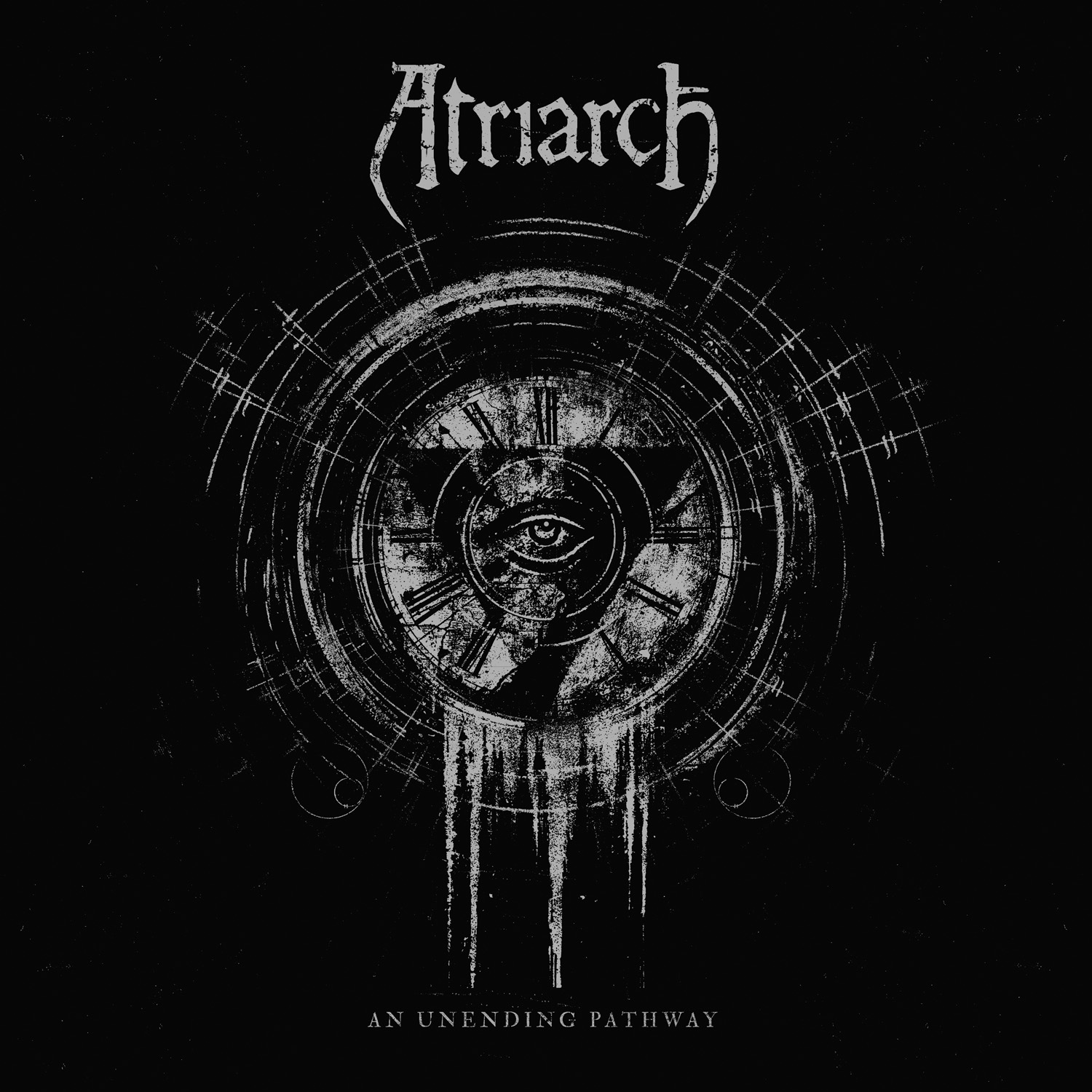 2003 gave us Neurosis with Jarboe, the doomy Bay Area band’s collaboration with the vocalist best known for her time in Swans. Unfortunately, we never got to hear “Neurosis with Rozz Williams,” but Atriarch have delivered something that seems –  stunningly – as if it could fit that bill. Atriarch’s new “An Unending Pathway” LP, on Relapse, is an arresting and welcome combination of doom metal, death rock, black metal, and Mid Eastern-influenced darkwave sounds.

A good reference point for the Portland band’s new LP might be a few tracks on the 1987 Celtic Frost “Into the Pandemonium” album. That LP marked a dramatic turn for Celtic Frost and included several tracks  that seemed to reflect the influence of the relatively nascent death rock and goth scenes in the US and the UK (see the tracks “Mesmerized” and “Caress Into Oblivion” from “Into the Pandemonium,” for example). Atriarch’s approach at blending genres doesn’t sound as rough and raw as Celtic Frost’s attempt in ’87 did, though; this LP is a well-produced and masterful synthesis of its differing components. It sounds confident and assured, a definite step forward in Atriarch’s sonic progression. In fact, I think it’s Atriarch’s best and most cohesive-sounding LP to date. All of the songs complement each other nicely and it feels as if a single narrative underscores the collection of songs.

The opening track of “Unending Pathway,” “Entropy,” features a bass line that’s a little reminiscent of the bass line employed by Neurosis on the opening track “Lost” on their 1993 “Enemy of the Sun” LP. Atriarch singer Lenny Smith’s deadpan, chanting-like vocals rise to the fore, echoing as if sung from the depths of a musty Egyptian tomb. Tribal-type drumming underscores the building intensity, and halfway through the track the band switches gears and Smith begins to sound like Rozz Williams, with the band picking up speed and fury around him. The end of “Entropy” is a cacophony of doomy metal breakdowns and wraith-like wailing – an excellent beginning to a great LP. The second track, “Collapse,” powers ahead in much the same way. On Christian Death’s first LP, the seminal “Only Theater of Pain,” the track “Stairs – Uncertain Journey” melded a distinctively Middle Eastern bass line around a kind of North African percussion section that sounded as if it were comprised of Moroccan dumbeks; Rikk Agnew’s serpentine guitar wove itself around Rozz’s wailing in a way that was quite striking at the time. The effect was creepy – and compelling. Christian Death’s “Stairs – Uncertain Journey” is a good touchstone for the approach that Atriarch take on “Collapse.” A definite Middle Eastern influence asserts itself over and over through Brooks Blackhawk’s excellent guitar work, not just on “Collapse, but through the entirety of “Unending Pathway,” actually.

But let’s be clear: This is not a deathrock LP. Track 4, “Bereavement,” is a classic black metal rager, almost straight-up Darkthrone except for an extended, droning, doomy breakdown.  And have I mentioned that there’s a heavy Neurosis vibe one can feel throughout the whole LP? I think I have! The Neurosis of the 1990s, that is: “Souls At Zero,” “Enemy of the Sun,” and the much under-appreciated “Times of Grace,” to be more exact. And it might just be me, but I can hear touches of fellow PDX band Tragedy’s epic, gloomy neo-crust throughout “An Unending Pathway” as well (specifically, the Tragedy sound of 2012’s “Darker Times Ahead”).

You can preorder Atriarch’s “An Unending Pathway” here.