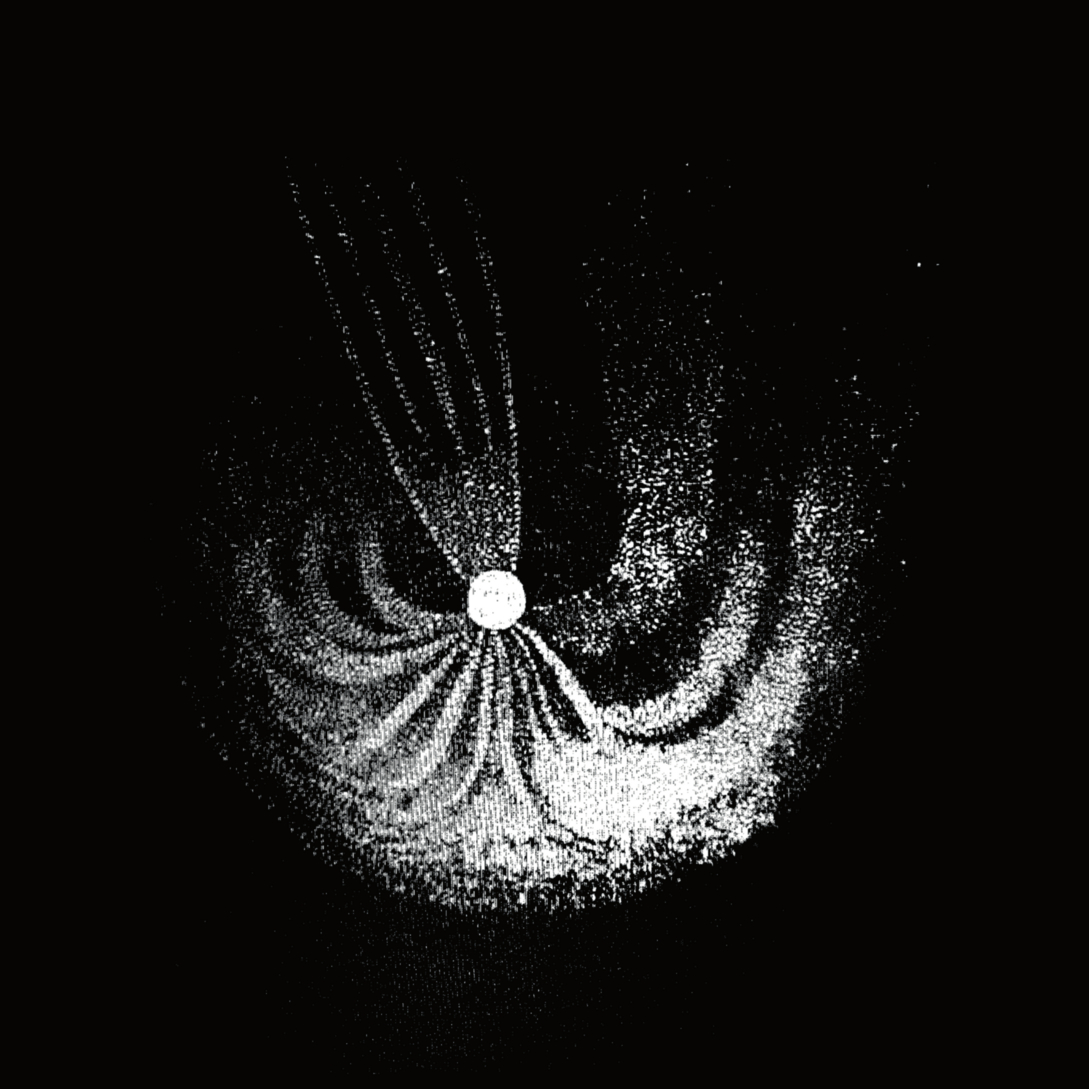 The circling melodies of “Pale Sphere Apparition” come in quickly, not giving you time to return to reality after “Ash Through Aethyr”. The sinister voices whisper true darkness into your ears in the screams of a thousand angels, making this song really sink in. The ambiance is the most important aspect of the band’s music, and they certainly do not let it fade away for even a second. And so the psychedelic feast continues, with “Lunar Madness” causing true lunacy. The guitar lines are drenched in effects and the insane undertone of the track is always no more than a step away, making this, probably, the darkest moment of the album.

Still, Sawyer keeps the best for last. The fifteen minute long title track is a true feast for the ears. The noise part sets the tone, slowly building up for what comes next; soon enough the bass and drums enter, followed by the psychedelic riffs, making “The Silver Head” an everlasting acid dream. Sawyer is really making an effort here to make you lose track of reality, rendering you lost within the strange soundscapes of Blood Bright Star. The way that all the different elements of the track are mixed together offers a great deal of sonic dissonance, but you are still able to see the whole schizoid picture, somehow. And, as the track is spiraling upwards and downwards with what seems to be almost no sense of direction, you can feel the abstract concepts of the band toying with your mind.

The Silver Head is an intriguing listen. Blood Bright Star is making sure that for the duration of this album, you will forget about everything else and be absorbed by their music. That in itself is quite an accomplishment, if you ask me. Definitely check them out!

King of Monsters – The Silver Head