If had to pick one video from the 80’s that summed up what it was like slam dancing in LA. at a punk show, it would have to be Youth Brigade’s Violence. This visual is a total snapshot of an era and how kids expressed themselves through tribalism and dance. To some it might look violent, but as a person who was in pit with these weirdos I’ve got to say there was a great sense of fun. Because of Goldenvoice, Los Angeles has some of the biggest punk shows in the 80’s; upwards to 4,000 kids would come out to see bands like DK’s, G.B.H., The Scream, Toy Dolls, Killing Joke and many fucking more. With thousands of young punks at these shows, you can only imagine how fucking insane the pits would get. Then there were bragging rites for who out of your crew did the best stage dive before getting captured by a bouncer. Watching this video also reminds me that everyone had their own style of dancing, which was sometimes specific to the hood you came from. One of my fondest memories was at a HUGE at Goldenvoice show seeing Pegleg (he has one leg) slamming while holding his other leg above his head  – this memory is with me for life! I’m not going to romanticize about how good it was back in the day, because we had our issues, but what we had back then could never happen again. So now it is time to peep what I call the chaotic beauty that is the Youth Brigade – Violence video.  On a personal note, check out the Youth Brigade Flipside video below it – while they perform their song “Men In Blue” starting at 12:37, I’m the young kid that gets up on stage and starts break dancing. Our scene was open minded – we did more than just slam! 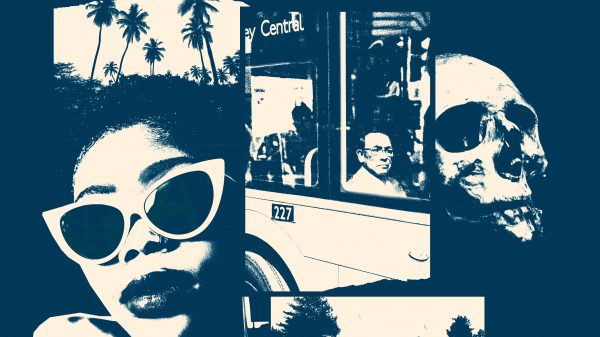 This NEIGHBORHOOD BRATS premiere comes at a really fucking good time for me. I’m about to turn 41 years old, and over the past...